Expert Styling Will Cost You 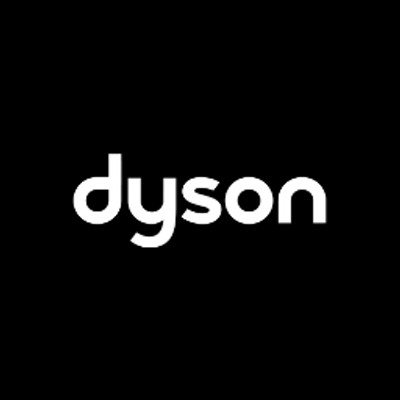 Dyson wasn’t the first name that came to mind when I thought about styling my hair, but after testing out the Dyson Corrale hair straightener, it is now. Most people know that when they jump in bed with Dyson, it’s going to cost them, and it is no different with the Corrale. But, if the $649.99 is within your means, I say go for it.

The first thing I noticed about the Dyson Corrale hair straightener was that its temperature only goes up to about 220 degrees Celsius. After using a Chi straightener for most of my life, I had gotten used to cranking the device to its highest heat, but with the Corrale, I don’t need to. I usually sit somewhere in the middle, but could likely get away with a low setting because of my fine hair. The beauty of the Dyson Corrale hair straightener is that it not only uses copper plates to expertly style your hair, but it does it better than other devices at a much lower heat. In the end, your hair takes less damage.

But how well does the Dyson Corrale style? It really depends on what you’re doing. I have naturally wavy hair, so I regularly need to go to either extreme, large ringlet curls or stick straight style. I found the Corrale to flatten my hair better than any other straightener out there. However, I usually make my flat iron do double duty and work as a curling iron as well. The Dyson Corrale CAN do it, but it is much, much easier with a Chi. I found myself fighting with the curls much more often than in the past.

That being said, after a few weeks with the Dyson Corrale hair straightener, I found that my hair felt softer and sleeker than it had in the past. But it does so much more to impress outside of the actual haircare. We already know about the copper plates, but the device also has an OLED display, magnetic cable, dock, plus a luxurious heat-resistant travel pouch. Oh, and it’s wireless!

That’s right, a straightener that is completely wireless. This is a game changer. What I like most is that the magnetic charging cable can connect to the dock to charge your device, or you can connect it directly to the Corrale, and use it wired if need be. I opted for this when travelling to New York and LA for work, when the dock took up too much space in my luggage. Since my hair is medium length and fine, the battery life was sufficient for me. I will point out that it looks to only last about 30 minutes though, so if you have a lot of hair, the wireless route may not be for you.

The Dyson Corrale has a few safety features that you won’t see with other straighteners. First off, it has a tiny switch that you can pull out and flip over for travel that prevents the device from turning on, even if the buttons are pressed. Also, the flat iron closes and locks, for extra added protection.

“If the Dyson Corrale hair straightener is realistically in your budget, there is absolutely no better choice.”

The automatic shut off, however, is both a blessing and a curse. The Corrale does not take long to heat up, but I often turn it on shortly before I’ll do my hair. Though other brands have an automatic shut off, so you don’t burn down the house, Dyson does it a little differently. Every time you walk away from the straighter for a little too long, it beeps…and beeps…and beeps. This is to warn you that it is still on, and eventually it will shut off shortly thereafter. As someone who regularly leaves it on while I do my make-up etc, it was annoying at minimum, but safe.

The Dyson Corrale hair straightener is by far one of the best hairstyling tools I’ve used, but it comes in at a staggering $649.99. For your average family, I can’t in my right mind say that what you get with this device is worth almost six times what I paid for my Chi. It is better on all fronts, and is clearly a premium device. I can’t argue with that. If the Dyson Corrale hair straightener is realistically in your budget, there is absolutely no better choice.

Premium hair care comes at a premium price with the Dyson Corrale straightener. If the price is comfortably within your means, it's by far the best choice.
REVIEW SCORE
8.5
Buy On Amazon
File Under: Dyson