An Intuitive Mouse for PC Marathoners 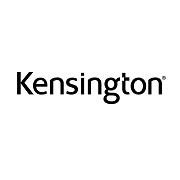 Ever wanted to look like you were from the future with some futuristic tech that did not look real with the way current tech has been trending? Look no further as the Kensington Expert Mouse Wireless Trackball was something out of Tony Stark’s laboratory or something Bruce Wayne would use to track the crime in Gotham City.

I did not think I would be able to use this trackball properly as fast I as I did, nor did I think it would be useful to making my work slightly more efficient. However, I was proven wrong. First off, it was wireless and could be used with the USB nano receiver or through the latest Bluetooth 4.0 LE technology. Nine times out of ten I would use the USB receiver, and this was one of the nine times. I did not find a significant difference in responsiveness across my PC or laptop, but I preferred using the receiver to take advantage of the 2.4 GHz technology.

The Kensington Expert Mouse Wireless Trackball also included the “TrackballWorks Customization Software” app that I tinkered with to calibrate the right pointer and scrolling speed that appealed to me. The app also allowed me to change the uses for the buttons on the trackball mouse, but I kept it all the same as it seemed very intuitive for me. The bottom two buttons worked like a regular old Razer or SteelSeries mouse, whereas the top left button utilized the concept of clicking down on a regular mouse scroll wheel and dragging up or down to scroll along the page.

Then, the top right button functioned as a side button on a regular mouse that typically allowed the user to go to the previously searched webpage. The circular ring around the centre red ball acted as the scroll wheel of a standard mouse and glided very smoothly with some weighted force to resist spinning out of control. As for the big red ball itself, I thought it was the perfect amount of motion without it being too smooth and uncontrollable. Kensington Expert Mouse Wireless Trackball used its patented DiamondEye optical tracking for its pinpoint cursor control and accuracy.

Essentially, the finger movements to move the cursor with the trackball felt natural in comparison to the typical movement of sliding of the whole mouse to place the cursor where it was intended. I will admit it took a couple of uses to get my bearings, but it became second nature as I forced myself to use it for my everyday tasks (like writing this review!). Also, the fact that the mouse was almost diametrically symmetrical in its square-ish shape, it could be used by both right-handed and left-handed users.

The overall feel of the whole Kensington trackball system handled more natively to my intended actions than I expected. I genuinely enjoyed the feeling of the scroll wheel—something about spinning a big circular wheel is oddly satisfying. The added wrist cushion was a nice touch for longer mouse use, which prevented severe hand fatigue I would have got from other mice.

Where the experience started to go sideways was with clicking-and-dragging actions such as copying and pasting words and phrases. Since the Expert Mouse Wireless Trackball’s movements were not as linear as most traditional or gaming mice, it required more concentration with finger movements to copy and paste what I needed. I also found clicking on small links such as webpage numbers or arrows a bit tricky.

Without the wrist rest support, I found the elevation of the design was quite steep and found it exhausting to keep my wrist bent at such a discomforting angle. So, the wrist rest was not really an add-on, more of a requirement in my opinion. On the plus side, the battery life was solid with its ability to run on two AA batteries, has not died yet after weeks of use. A possible upgrade to a rechargeable battery housed in the mouse could have been a plus because then there would not be any additional investments for buying new batteries.

As a fun experiment, I attempted to play some games with it—of course, it was hell. While it was not designed for gaming and more for work and ergonomics, I gave it a test run on games like Horizon Zero Dawn, Stardew Valley and Zorya: The Celestial Sisters. The trackball mouse was obviously tough in a fast-paced action game like Horizon Zero Dawn, but interestingly in the puzzle-platforming game Zorya as well.

I found Stardew Valley was the most reasonable pace for the trackball as the gameplay did not have the three-dimensional space the other two games had. Ultimately, this mouse should not be used for speed and accuracy heavy games—no surprise there. It was a fun little experiment, but I would never recommend anyone to use this mouse for gaming.

While this was my first adventure using a trackball mouse, I thought Kensington did a fantastic job. The Kensington Expert Mouse Wireless Trackball managed to feel familiar and easy to learn despite it looking strange. I found my right wrist was less fatigued after working on my PC for long hours. While there were some actions that felt difficult to perform with the mouse, it ended up making most of the other tasks convenient such as scrolling through various webpages or texts.

For its $109.99 price point, I thought this was a fair price for something that specialized in being an ergonomic trackball mouse. I would mostly recommend investing in something like this for users who have serious discomfort with using traditional PC mice, or as a buffer to give gamers’ wrist a rest when they are doing non-gaming tasks. The Kensington Expert Mouse Wireless Trackball would also be an excellent investment for content creators.

Overall, I liked its simplicity and what it offered with the design and the app providing enough flexibility and customization — no wires attached! Again, I highly discourage using the Kensington Expert Mouse Wireless Trackball for gaming unless you are really trying to meme or hit that Twitch clip.

The feel of the Kensington Expert Mouse Wireless Trackball and its scroll ring was super smooth, with the buttons being reliably responsive in most tasks. It may have a small learning curve to perform some tasks, but it is a solid mouse for those who experience wrist pain or discomfort for those who work long hours at their PC and desk.
REVIEW SCORE
7.5
Buy On Amazon
File Under: Kensington, Mouse