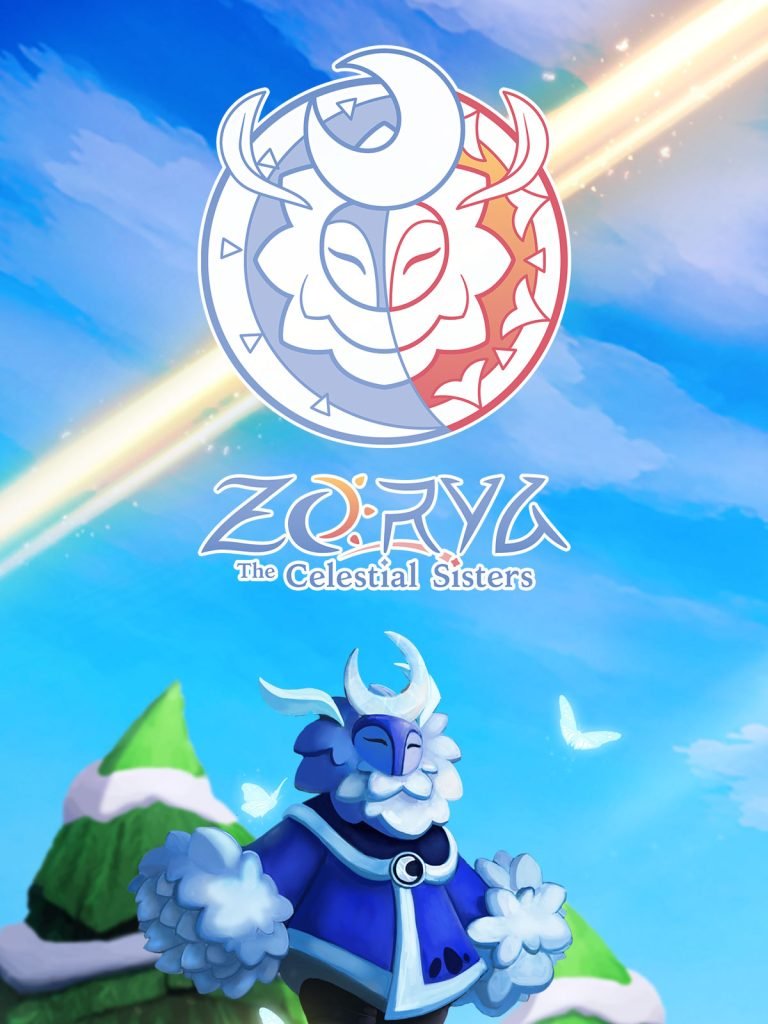 CGMagazine was able to see how Zorya: The Celestial Sisters worked in theory at the preview event last year. However, being in control of the characters myself was a whole different experience. From the stunningly beautiful artwork to the sonorous soundtrack, I was completely starstruck. Even my brother immediately felt immersed and said the audio and visuals matched his vibes. Yes, I picked my brother as my partner to take on this puzzle-adventure game that requires good communication between us—what could go wrong, right?

The developers, MadLife Divertissement, mentioned how they wanted to create a game that could provide a balance of challenges while keeping a feeling of tranquility with the cute aesthetics and ASMR-like soundtrack. Zorya: The Celestial Sisters does exactly that. As a bonus, players can even just listen to the soundtrack on a separate application—great for winding down from a stressful day at work or school.

The character design for the two protagonist sisters, Aysu and Solveig, are both adorable in their own sense. I loved their owl-esque faces and the colour contrast is pleasantly eye-catching. This plays into the narrative of the game.

“As a bonus, players can even just listen to the soundtrack on a separate application—great for winding down from a stressful day at work or school.”

The basic story of Zorya: The Celestial Sisters is that Solveig is the older sister, who is the Sun goddess, and Aysu is the younger sister, the Moon goddess. While they are sisters, they rarely see one another as Solveig is adored by humans for the power of the Sun, whereas Aysu brings night, and the humans usually go to sleep by the time she can see the mortals.

The jealousy and trickery of some other beings leads Aysu to make the rash decision to visit the mortals on Vyraj (aka Earth). However, this led to Aysu being trapped on Vyraj and now Solveig must reunite with her sister and help her get back to the heavens to restore the balance.

Once we jumped in, the controls were very easy to pick up for each of the roles of the sisters. I thought the idea of having the player as Aysu in a third-person view and the second player as Solveig in a top-down view was smart for the objective of the game. Essentially, there are obstacles, activatable switches, closed doors, enemies, and the sunlight that can kill Aysu—leading to the level resetting.

Being able to see some things that the other player cannot see really leans into the concept of having to rely on your partner to communicate what they can see. There are even hidden switches that Aysu has to push out of the buildings for Solveig to activate them. Having the communication wheel is great too, as it helps with visual cues versus saying, “It’s right there”, over a Discord call.

“The developers, …, mentioned how they wanted to create a game that could provide a balance of challenges while keeping a feeling of tranquility with the cute aesthetics and ASMR-like soundtrack. Zorya: The Celestial Sisters does exactly that.”

One of the oddly satisfying sounds is hearing Aysu singe herself on the sun’s rays (I promise I am not a sadist), it is a very cute sounding squeal. Although, I found that it was very punishing for players as Aysu who stepped in the sunlight since it almost instantaneously kills her. I think that is the main threat to Aysu, so I did not mind that damage received to be the most brutal challenge of Zorya: The Celestial Sisters.

Apart from the quick deaths, deciphering the paths to direct Aysu as Solveig were tricky and there is a lot of trial and error that is involved. Sometimes players can learn a lot from death…is what I told my brother as I turned the sunlight the wrong way.

The enemies did remind us of those enemies in the Bomberman or Super Mario games where you can get rid of enemies temporarily. The enemies throughout the stages can very much hurt Aysu. Aysu does not have a health bar to indicate how much life she has, but ideally, not getting hurt as much as possible is the goal. Again, attempting different methods to solving the path to the ancient relic puzzle piece is the key.

“Overall, I found Zorya: The Celestial Sisters to be a one-of-a-kind gem for a puzzle game.”

Speaking of different methods, Zorya: The Celestial Sisters does have one extra collectible in each level that players can get if they spend a little more time figuring a path to get it. Trust me when I say, some of them can be in places you least expect or tucked in some weird nooks and crannies. The replay value is really great as players cannot fully 3-star or 100 percent finish a level without both players beating the level with each character. Additionally, playing with different partners can be enjoyable as well.

To be honest, since the controls are fairly simple, I think it could be a great game for younger audiences to connect with older loved ones too. Why just talk to your grandmother on the phone when you can chat and play a video game in the process? Just food for thought. 2022 has barely begun, but this is definitely one of my favourites already as it diversifies the puzzle game genre fans loved in games like It Takes Two or the Overcooked games.