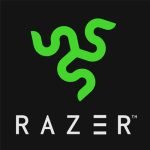 The Razer Viper has, since its inception, been one of my favourite mice. It has the shape and design that I have always found delivered the esports feel of the Deathadder, with a shape that feels great for long-term use. My current daily driver is the Cyberpunk 2077 Viper, which feels great while gaming or just doing the daily grind of a day at the office. This is why, when Razer gave me the chance to test out the new Razer Viper V2 Pro, I was excited to see how it was improved.

Razer did an amazing job with the previous Viper, delivering a mouse that feels good in the hand, while offering precision and ease of use in a variety of games. With this in mind, I looked over the list of features of the Viper V2 Pro, as I finally unboxed the new mouse. The first thing I noticed was just how light the new mouse really was. I will be honest, I never found the Viper Ultimate all that heavy, it felt just heavy enough for use while on the go, and at the desk. But once I finally picked up the V2 Pro, I was blown away with how light it really was.

At just 58 grams (59 grams for the white model) the Viper V2 Pro feels astounding with how comfortable and lightweight it really is. Somehow, Razer managed to keep the majority of what makes the Viper so exciting, all the while cutting as much fat as possible to hit that target. This includes the new V2 Pro only having 5 programmable buttons, with the two right side buttons removed when compared to the Viper Ultimate. The V2 Pro also does not come with the grip tape pre-installed—it comes in the box, should you want to install it. Last, but not least, the V2 pro does not include Razer Chroma, so you sadly will be stuck with minimal lighting on the mouse while gaming.

Not everything that changed was a way to make the mouse lighter, though, there are a few notable quality of life improvements that make the Viper V2 Pro a much more modern option for gamers. The micro USB that the past Viper used for the cable has now changed to USB-C, bringing it inline with what many other brands are opting for from their mice. The V2 Pro also now boasts the incredibly accurate Focus Pro 30K Optical Sensor, delivering a staggering 30,000 DPI (compared to the 20,000 of the past sensor), a max speed of 750 IPS, a max acceleration of 70, and a resolution of accuracy of 99.8%, making it one of the highest DPI sensors you can currently find on a modern mouse.

The Viper V2 Pro also upgraded its switches, moving from the Optical Gen-2 switches seen on the Ultimate, over to the Gen-3 switches, delivering an on paper lifespan increase from 70M clicks, all the way to 90M clicks, a staggering number most gamers will never come anywhere close to. If that were not enough, the Viper V2 Pro also managed to get a more powerful battery that not only lasts 80 hours, compared to the 70 hours on the Viper Ultimate, it is lighter, adding much less weight to the overall feel of the mouse.

As with past Viper offerings, the V2 Pro allows for both wired, and wireless use via the included dongle and Razer Hypersense technology, that is said to provide lag free gaming, that is 25% faster than other wireless technologies. While I am sad to see no Bluetooth in the mouse, the wireless tech is fantastic, and it is from our in-house tests, one of the best you can find on a gaming mouse. Sadly, when in wireless mode, unlike the Razer Viper Ultimate, you can not use the handy Razer Mouse Dock. While this is not so much an issue with the 80-hour battery, the fact you need to remember to plug the mouse in, could get frustrating, especially before a match.

“The Viper V2 Pro is another example of that constant drive to build the best possible gaming experience.”

One thing I was impressed by was the new sensor, that managed to not only feel incredibly accurate while gaming or just doing standard creative work. Even on glass surfaces, the mouse managed to keep up with movements, and even managed to maintain a consistent lift-off distance, something I honestly did not expect. The Synapse 3 software also allowed this to be adjusted, giving 26 levels of sensitivity to play with to fit your style of use.

Testing the Razer Viper V2 Pro in games was a treat, feeling very good in my hands, working for both shooters like Quake, Fortnite, and CS: Go, and RTS and action games like StarCraft 2, Diablo III, and classic Age of Empires IV. The minor adjustments to the weight felt good over my days of testing, and the new sensor blew me away with just how accurate and precise it was in all the tasks I put it through.

The DPI button on the bottom of the mouse made it a simple task to store calibrated settings including the DPI, Polling rate and the Lift-off distance, making it great for if I was on the go using a computer I could not install and setup software on before starting a game. And honestly, the full experience of the mouse felt like choices aimed at the pro gamer, that wants the best with no frills slowing them down.

While not everyone will love the changes, the Viper V2 Pro feels like a refinement of all the things the Viper series of mice delivers. It is a light-weight mouse that feels great and offers some of the best switches and sensors you can find for under $200 USD. While it does make some concessions, such as no Chroma, and a few less buttons, but makes up for it with a fantastic gaming and work experience that few mice on the market can surpass.

Razer have made a name for themselves in gaming, and the Viper V2 Pro is another example of that constant drive to build the best possible gaming experience. While it may cut out some of the frills Razer has been known for in the past, the end result is one of the best pro-level gaming mice you can buy.

The Razer Viper V2 Pro is one of the best tournament ready gaming mice you can buy, delivering the unparalleled pointing experience you need.
REVIEW SCORE
8.5
File Under: Hardware, Mouse, PC Gaming, Razer