It’s been sixteen years since the Release of a new Age of Empires games, and the RTS genre has grown by leaps and bounds in that time. The lingering question with Age of Empires IV, was if a new title could sufficiently update the legendary franchise while still staying true to its roots. Relic Entertainment has answered that question with a resounding yes, creating one of the most fresh and engaging RTS titles in years, and an incredible experience no matter how you plan to play.

Despite Age of Empires 3 pushing things to the era of colonization, Age of Empires IV goes back to basics by setting itself in the medieval age. At the same time, the game has a shorter list of civilizations, coming in at eight, but puts a huge emphasis on making each one wildly different, encouraging more asymmetric Gameplay. IT really cannot be overstated how different each civilization feels, even though they abide by the same core tenets.

For example, the Mongols focus on ranged combat, get resources from burning buildings, and, due to their nomadic history, are the only civilization that can literally pick up and move their buildings. Meanwhile, the Abbasid Dynasty is focused entirely around their unique House of Wisdom building, and the only way to advance ages is by constructing buildings within the range of the House of Wisdom, thus expanding it. Then you have the Rus, who get major bonuses from hunting animals and accrue bounties.

I could list the differences between civilizations all day, as many also have special buildings, units, research, and more. The interplay between civilizations is absolutely brilliant, and it’s an absolute blast learning the ins and outs of each one. At first glance, Age of Empires IV looks similar to past games with the whole focus on collecting resources, fortifying your settlement, and directing an army. However, there’s actually a ton of new elements running under the hood, that give this entry a markedly different feel.

“Age of Empires IV goes back to basics by setting itself in the medieval age.”

Just like the rest of the series, you’ll need to advance through Ages to improve your civilization, but this time around you’ll actually need to construct a “Landmark” to advance. Each time you advance, you get a choice of two buildings to construct, and every civilization has its own unique Landmarks. What makes this so interesting is that, yes, these buildings advance you to the next Age, but they also provide unique benefit.

The French have a building that produces archers at a lower cost and twice as fast, while the Holy Roman Empire has a building that improves the gathering speed of any villagers in its radius. These options make matches even more dynamic, and define the main way of winning, destroying all of your opponent’s landmarks. Outside of destroying landmarks, you also have two other ways of winning general multiplayer matches; building a Wonder or capturing all the Sacred Sites scattered around the map. This provides more options and can keep matches interesting as players vie for different ways of winning.

One of the bigger changes in Age of Empires IV is the fact that you can place units on top of stone walls, making it easier to defend against sieges, and making battles feel much more natural in general. In order to counter this benefit, infantry can now construct siege weapons, like rams and siege towers, on the fly. Not having to move your siege units from a building to the frontlines is a big shift and can make sieges feel more immediate.

Some other new elements include being able to hide units in woods to set up ambushes, Monks being able to convert an area of units while holding Relics, and a higher unit cap of 200. As you might expect, battles feel like grander affairs than ever before, and all these new elements work brilliantly together with the classic design of Age of Empires.

“… Age of Empires IV looks similar to past games with the whole focus on collecting resources, fortifying your settlement, and directing an army.“

While it might seem daunting to learn all these new elements, the four different campaigns are a great way of doing so. As it so happens, the campaigns are also my absolute favorite part of Age of Empires 4, and universally brilliant.

Relic has doubled down on the historical aspects of the campaigns, as each one is filled with live-action documentary style footage explaining the events playing out. It’s high-quality footage, but can easily feel hammy at times, which honestly just fits the experience in my opinion. The footage uses real-life locations while explaining history, laying ethereal golden soldiers over the footage to help visualize things.

Each campaign mission has an intro video, and once beaten, unlocks a secondary video that focuses on a specific aspect of medieval combat, such as explaining the construction and use of a crossbow or the history behind the Rus’ war masks. I really enjoyed the information and style of these videos, but it’s the actual missions in Age of Empires IV that make the campaign shine.

“Outside the campaign, Age of Empires IV also features a series of challenge missions specifically designed to teach new players the ins-and-outs.”

Every single campaign mission feels entirely unique, and Relic has done an utterly fantastic job of giving players unique objectives and gameplay devices. One mission as the French has you roaming the countryside to recruit champions for a tournament, while another as the Rus has you juggling gold tributes to the Mongols while also trying to buy different settlements to rise up against them.

Not every mission gives you a Town Center and proper resources to work with, and I honestly found myself blown away by how well-designed the entire experience feels. The narrator used during the historical videos is also used during missions, which helps add to the overall “documentary” feel. Outside the campaign, Age of Empires IV also features a series of challenge missions specifically designed to teach new players the ins-and-outs.

Past all the new gameplay design, Age of Empires IV’s visual and Audio design absolutely has to be talked about as well. Once again, Relic has used these aspects to make each civilization feel unique. Each civilization sports a unique visual design, even for the same units and buildings. Age of Empires IV certainly isn’t the most dazzling RTS game graphically, but it looks good overall, and Relic has put a lot of effort into using historically accurate designs.

The audio design, on the other hand, is on a whole other level. Each civilization uses their own historically applicable language that evolves and grows more complex as you advance through Ages. At the same time, civilizations have different little twists on the music and main theme. It’s clear that Relic has done the research and put the work in to make each civilization feel unique in every way, rather than just a re-skin of the same thing.

After spending over 30 hours with Age of Empires IV, I’m left blown away by the consistent quality across the board. Relic had a vision of what a new entry in this series could be, and I’m glad they ran full force with that vision instead of trying to play things close to the chest. I honestly can’t think of anything more I’d want from a new Age of Empires game, but I’m looking forward to whatever the developers plan to add on later.

Age of Empires IV is a bold and ambitious evolution of the series, and quite likely one of the best RTS games ever made.

File Under: Age of Empires 4, PC
A retail version of the game reviewed was provided by the publisher. You can read more about CGMagazine reivew policies here. 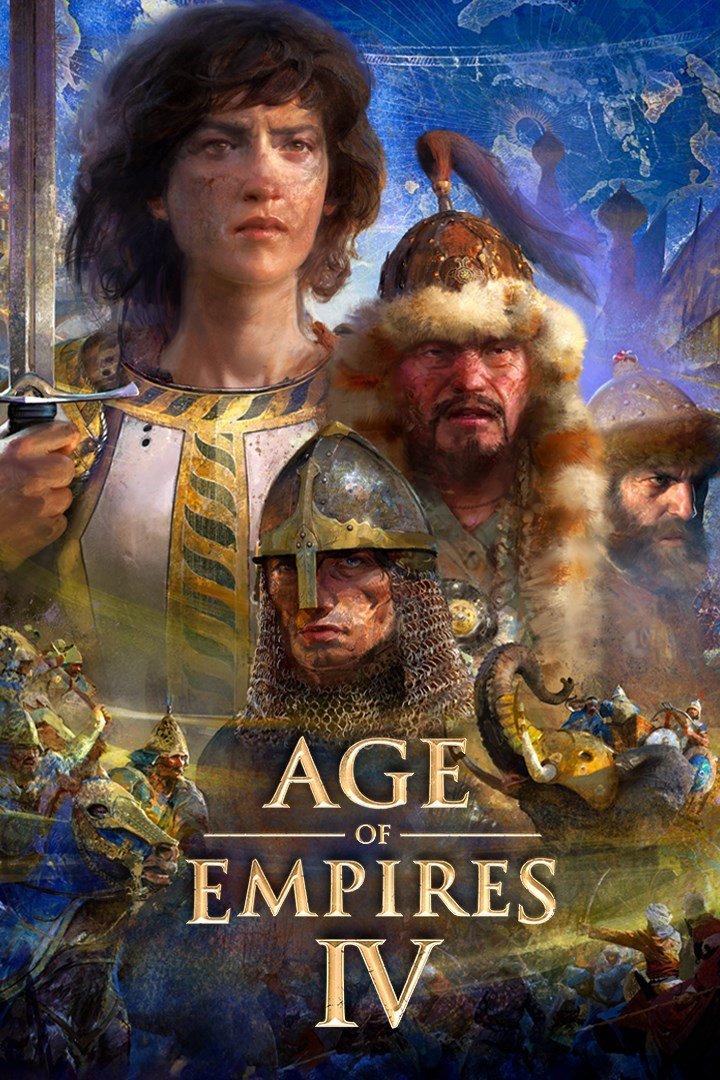