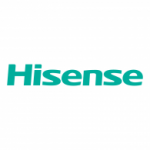 With so many smart TVs out there in the market, it can be a minefield finding the best option for the money. While there are plenty of great models available above $1000, those sitting at a more reasonable price can be hit or miss.

There are countless store brand low-end choices that—while not expensive—will leave you with regrets once you actually get it home. Thankfully the new Hisense Roku 4K R6 hits the perfect balance of price and performance to fit most people’s needs.

The latest Hisense Roku 4K R6 takes all the features you hope to see from today’s TVs such as 4K, HDR, HDMI inputs, smart remote, and a smart TV interface that is easy to use and puts it into one package. It is no secret that we at CGM are fans of what Roku has to offer. We find the system easy to use and even better to just set up and watch, so we were very pleased to see Hisense implement it, and do so on a TV that looks fantastic and works just as well.

The 2019 R6 feels like a great offering for anyone after the latest and greatest but are also on a budget. It implements the Roku interface in a way that feels snappy and works well. The TV was set up within minutes of unpacking it, and due to the fact it can import settings from your Roku account, we had everything required to stream fully online just a short while after the initial setup.

Picture quality was good and manages to bring sharp blacks and rich colours to all media played. Netflix HDR and Xbox One X games all look sharp, clear, and true to life. Even the HDR 10 and Dolby Vision media looks good and really pops on the Hisense Roku 4K R6. Playing the latest and greatest games from Gears 5 to the latest Forza and you can quickly see how the 4K HDR Hisense has on offer in this TV was tailor-made for people who love to game with the most fidelity possible.

Navigation feels smooth and responsive, thanks to the Roku interface. While it is not as fluid as some TVs, it manages to feel unobtrusive and allows you to get to the media you want to watch—be it on a streaming service or external device—with ease. Roku has made the interface priority #1 for the user experience, and this is true here also. It was never an issue to jump back to a menu or quickly flip between apps. Even accessing game consoles or external devices is easy and ultimately just works like launching an app. I do wish there was an easy way to flip between input devices with the remote, but this is a minor gripe.

The Roku also comes with voice search, giving you the ability to say a show or movie title and the Roku will show all the places you can find that result. While not flawless, during our testing of the TV I never had any problems finding what I needed.

Since many people don’t have a full library of 4K content waiting to be watched, it is good to see the 2019 Hisense Roku R6 TV comes stock with upscaling, and despite skepticism from me and the CGM team, it actually works. Now, don’t go expecting your old 480p content to suddenly look 4K, but what it does do is ensure older content will not look jarring on your new 4K TV. 1080p content looked clear, if not as sharp as what 4K has to offer, and 480p content looked older but still watchable. Upscaling has gotten much better over the years, and the 2019 Hisense Roku R6 TV has some of the best I have seen on a TV in this price range.

As with all modern Roku devices, you can also use an app instead of the remote to navigate the interface. It works well enough, and although I am personally a fan of tactile buttons, the Android or iOS app works in a pinch. The app will also allow private listening, meaning if you have headphones connected to your phone (Bluetooth or 3.5mm) you can have the audio routed to your phone rather than the TV speakers. This works well if you are watching something and do not want to disturb anyone else in the household. It is a great feature and one I have used more times than I thought I would.

It should be noted that as with all large and thin TVs, the audio, while it works, is nothing to write home about. It lacks impact and can feel shallow or tinny depending on the show or media you are watching. I would suggest you look into soundbars or even full audio setups to get the most from your media.

But, considering the R6 only costs $398.00 for the 58-inch model, it is a hard TV to beat. Hisense has managed to build a TV that looks and works well and still made it affordable to a wide range of consumers. While it does lack in the sound department, everything else shines, making the Hisense Roku 4K R6 a great purchase for anyone on your list this holiday.

At the price and with the features on offer the Hisense Roku 4K R6 is a tremendous value for anyone looking to enter the world of 4K HDR.
REVIEW SCORE
9
File Under: Roku