There’s the Best, the Rest, Then This 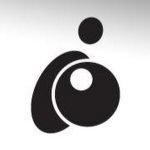 Let’s be frank, IOGEAR isn’t exactly a household name in the PC gaming space, at least not when compared to the big sharks in the pool, like Razer, HyperX, Corsair, SteelSeries and Logitech. That being said, the Irvine, California-based manufacturer’s IOGEAR Kaliber Gaming HVER Stealth Keyboard, which retails at an MSRP of $49.95 USD, costs thirty dollars on average less than the lowest-priced high-end alternative. Depending on your needs, this can be a very good thing.

Featuring a streamlined presentation that’s rather uncharacteristic of other IOGEAR products, the HVER Stealth Keyboard features an understated, basic black profile and brushed aluminum finish, which together allow it to blend seamlessly into most work and/or gaming setups. At only 18.4 inches across, the HVER Stealth is fairly sleek and compact despite featuring a full numeric keypad and segregated arrow keys. Best of all, it plays nice with setups that may not have a lot of desktop real-estate (like mine).

Only the bare necessities are included in the box, which consists of the keyboard itself, a braided, non-detachable USB cable, a keycap puller, registration instructions and a Quick Start Guide. Purchasers might be tempted to just toss the latter document aside, plug in the Stealth and just feel their way through setting up the keyboard by themselves, which I suppose is fine if typing is your only requirement. Otherwise, it’s highly recommended to anyone who actually intends to customize the Stealth’s RGB lighting in any way to take five minutes and read through the guide, as it will save time and frustration in the long run.

“At only 18.4 inches across, the HVER Stealth is fairly sleek and compact despite featuring a full numeric keypad and segregated arrow keys.”

Speaking of RGBs, the HVER Stealth Keyboard makes a good first impression with its LED Edge Light, a continuous rainbow strip of RGB lights that runs all the way around the edge of the keyboard. It really catches the eye when the keyboard is used in a dark environment as it creates a nice multicolored halo around the keyboard, and the strip itself is rather striking when viewed from the side.

The Edge Light’s functionality is completely independent of the keys themselves and can be cycled through three different lighting modes, Solid, Breathing and Off by pressing the Function (Fn) key + Insert (Ins) key simultaneously. PLEASE NOTE: The Quick Start Guide states that the above is accomplished via the Fn + F9 keys, which is incorrect, as that command is used for cycling the lighting modes for the actual keys.

As cool as the Edge Light is, however, its usefulness is rather limited. The rainbow RGB layout is fixed and can’t be rearranged, and the speed of pulsation in “Breathing” mode can’t be adjusted, so depending on what other RGB or LED lit devices you are using alongside the HVER Stealth Keyboard, it may not be possible to perfectly sync-up the Edge Light with your setup’s overall colour scheme if you value that sort of thing.

Moving on to primary functions, the Stealth features hover-style keycaps with RGB per-key backlighting, as well as enhanced brown boxed-style mechanical switches. These are meant to be quieter than your standard mechanical keys while still delivering accurate, precise and wobble-free actuation with every keystroke.

The keys on the HVER Stealth also feature full N-Key rollover anti-ghosting technology, which when translated from “geek” effectively means that there is no limit to the number of keys that can be pressed at once. In other words, every actuation is recognized no matter how many other keys may be pressed at the same time. I only have two hands, eight fingers and two opposing thumbs, but it’s nice to know the Stealth can handle the finger gymnastics required should I ever become an RTS nut.

“The HVER Stealth Keyboard’s quieter, brown-box switches are also a godsend to writers like me who live in condos.”

Last year in my review of the HyperX Alloy Origins 60 I mentioned that I generally prefer keyboards that offer a bit more travel and resistance in the keys in order to ensure that my keystrokes are all intentional and deliberate. The Stealth never let me down in this area. As always, my hands do still rest heavy on the keys and occasionally I’ll actuate an “s” or “k” string by accident. That’s more of a “middle-age me” problem than a problem with the Stealth. Neither missed nor accidental key presses were ever an issue while gaming, which I largely tested by mowing down grunts in Quake on my modest laptop at 60 frames-per-second.

The HVER Stealth Keyboard’s quieter, brown-box switches are also a godsend to writers like me who live in condos. Having just recently come from many months of using the SteelSeries Apex 7 as my daily driver, the significantly reduced clacking noises of the Stealth not only made me feel less self-conscious when I’m working furiously to make a deadline but has also made my late-evening work much more tolerable for my long-suffering wife, who is often trying to get a good night’s sleep when I’m writing or gaming.

That said, there is a bit of a tiny, discordant “twang” that accompanies each stroke that I don’t recall encountering with the Apex 7 or the Alloy Origins 60, which I assume is due to the nature of the switches, but over the course of work and play I tended to forget about it and move on.

It’s impossible to discuss the good about the Stealth’s keyboard-specific RGB features without also discussing the bad, as they’re closely intertwined. Let’s start with the HVER Stealth software, which in my honest opinion is close to complete garbage and makes an extremely poor impression right off the bat. For starters, plugging the Stealth into a USB port on your computer doesn’t even prompt the automatic installation of the software, just the drivers. As per the instructions, you’ll have to go to IOGEAR’s website, find and download it yourself.

Once I downloaded and ran the executable for the first time, Norton Antivirus and Windows both popped up red flags, identifying the install file as an “unregistered program” and asking me if I was sure I wanted to install it. This gave me pause, but I went ahead anyway and there were no issues. Surprisingly, there isn’t an option to update the software directly via the interface, you’ll have to go back to IOGEAR’s website and check manually to see if there’s a new version to download. There isn’t even a logo or link to the website provided in the software.

Now some good, the HVER Stealth software allows for up to three custom profiles, and within each the user can program simple to complex macros and key bindings, select from an impressive variety of RGB patterns (several of which can be tweaked), and even create their own personalized per-key RGB colour layout via the “Game Mode” option. There are even a handful of shortcut starter options for different games or game types, like “FPS,” “COD” (Call of Duty) and “LOL” (League of Legends). I greatly appreciate this feature since I don’t play KB+M games all that frequently and I often need a refresher as to where all my important commands are located.

The previously mentioned default RGB patterns are quite flashy and cool, and I enjoyed flipping between them often. The software however is clumsy and obtuse, and it commits the unforgivable crime of programming the “Cancel” button to close down the interface entirely, rather than just erase the changes you made since you last pressed “Apply.” Thankfully, many default backlight patterns, colours, and settings such as light flow direction and speed can be accessed via keyboard shortcuts found in the Quick Start Guide, allowing users to bypass the software completely in many cases.

Finally, I have to address my biggest pet peeve with the Stealth. If there’s any element of this product where IOGEAR clearly cut corners, it’s the keycaps, or more specifically, the transparent lettering on those keycaps. Right out of the box, many of the letters, symbols and numbers lack fine definition, as if they had been printed with a faulty stencil and/or mold. As a result, even when the RGB backlighting is turned up to maximum brightness, several of the characters appear to fade on the edges and sometimes even in the middle, making it harder to read them at a glance.

In some cases, the font lettering on some keys don’t even match. This flawed presentation causes the HVER Stealth Keyboard to visually resemble the kind pack-in gaming keyboard that one might receive alongside a budget-priced clone PC from MDG Computers, rather than a product that users looking to improve their gaming or streaming setup would intentionally seek out, and that’s a real shame.

In the end, the IOGEAR HVER Stealth Keyboard is a decent and affordable mechanical gaming keyboard that’s reliable in a pinch, but ends up falling somewhat short on account of its flawed, overly simplistic software and sloppy finishing touches in its manufacturing.

The HVER Stealth falls into the uncanny valley of gaming keyboards, coming within striking distance of some its high-end rivals’ best RGB features, but failing to stand head and shoulders next to them thanks to poor software and sloppy finishing touches.
REVIEW SCORE
6.5
Buy Online
File Under: IOGEAR, Keyboard, PC