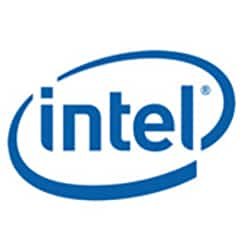 It has been a few months since Intel dropped their Intel 12th-gen Alder Lake CPUs onto the world, bringing a new era for the chipmaker. While Intel has started to lag behind AMD Ryzen in some areas, Alder Lake felt like the shot in the arm needed to make things interesting again.

Boasting some impressive benchmarks in both productivity and gaming, Intel 12th Gen has made things very interesting for PC builders delivering a noticeable performance jump compared to AMD Ryzen and Intel 11th-gen CPUs. But to not rest there, Intel decided to make things exciting and unleashed their incredibly powerful Intel Core i9-12900KS, delivering one of the most powerful gaming CPUs on the market today.

As I outlined when I looked at the Intel Core i9-12900K and the Intel Core i5-12600K, Alder Lake brings many things to the table that PC builders won’t be able to fully utilize until the parts become available. It is the first processor to offer DDR 5 memory and PCIe 5, potentially delivering exciting SSD results in the coming months and year. Alder Lake is designed to work with previous generations, so if you have a compatible motherboard, DDR 4 memory, and an appropriate PCIe SSD drive, it will continue to work. It will also carry over Intel’s Thunderbolt 4, so all your peripheral devices haven’t been rendered obsolete overnight.

“Intel decided to make things exciting and unleashed their incredibly powerful Intel Core i9-12900KS, delivering one of the most powerful gaming CPUs on the market today.”

Much like with the previous chips in the Alder Lakes range, the Intel Core i9-12900K features a “hybrid” architecture, featuring a combination of both P-cores and E-cores, compared to the previous heterogeneous core layout seen in past CPUs. The P-Cores (Performance Cores) are the cores that were built for gaming or productivity applications and are the closest thing we’ve seen to cores in previous CPUs. Efficient cores, on the other hand, focus on running background tasks, or processes requiring less resources and power to execute. When done properly, these can help improve performance per watt, while at the same time reducing the overall power consumption of the computer and its thermal load.

Looking at the Intel Core i9-12900KS, it boasts clock speeds of 5.5 GHz for the turbo and 3.4 GHz for the base, which increases the TDP to 150W up from the base power 125 W. This is a slight step up from the 12900K that offered a maximum turbo frequency of 5.2 GHz with a base of 3.2 GHz. While impressive on paper, due to how powerful the 12900K was at launch, there is only really a 6 percent increase with the KS release. On the graphics side of things, unlike many AMD Ryzen offerings, the Intel Core i9-12900KS does feature Intel UHD Graphics 770 Integrated Graphics with a base clock speed of 300 MHz.

Intel’s single-threaded Thermal Velocity Boost (TVBoost) technology allows the two fastest favoured core to boost up to 5.5GHz if they are below 70°C, while the all core TVBoost technology supports up to 5.2 GHz, although this can vary based on configuration along with other factors. The i9-12900KS has Adaptive Boost Technology which allows for dynamic all-core turbo frequencies when four or more cores (CPUs) are active. It’s not guaranteed to boost your CPU speed by any certain percentage.

While the specs are only slightly higher than the 12900K, the features on offer should let it perform better with multi-threaded performance, along with deliver faster peak performance provided the CPU can stay cool during the process. But this increase in performance, however minor, does come at a price. While the 12900K would only set you back $589, the 12900KS will cost a premium of $775, but being a chip for the enthusiast, this does make sense. As demand settles, this price could go lower, but with the specs out of the way, and the price in mind, let’s look at our test rig, and run through some benchmarks.

For thermals, we used an NZXT AIO Kraken 120 liquid cooler, with new thermal paste for each chip to ensure nothing could skew the tests. The rig was powered by an MSI 850W power supply, to ensure there were no power bottlenecks in our testing process. All systems are running Windows 11, with all the current patches and have all drivers installed to ensure the best possible experience.

We wanted to put the focus on the gaming and content creation aspects of the new range, so we looked at our current slate of game benchmarkers and tested them using standard Adobe and other creation tools. It was a good overview of how the new i9-12900KS would fare for our readers without getting too technical or dumping spreadsheets of figures.

Starting things off with Assassin’s Creed Valhalla at 1080P, we see the frame rates are close, but the i9-12900KS clearly wins, boasting a 3 FPS increase over the standard 12900K. This is without any overclocking on the chip, but it is already taking the lead of all chips we have tested.

Moving onto Red Dead Redemption 2 at 1080P, and we see a similar story with the i9-12900KS delivering a score of 105 fps average compared to the 102 seen on the 12900K. As with the previous tests, it easily beats the AMD Ryzen 5600X offering a noticeable improvement in performance.\

“It also beat out all the other chips tested by a handy margin.”

Moving down the list to our Watch Dogs Legion 1080P benchmarks, and we noticed almost no increase in performance. While we did see a fraction of an FPS increase, for most people this would not be noticeable. It still stands head and shoulders above all other chips beyond the 12900K in testing, but not near as dramatic an improvement as we would expect from such a powerful CPU.

Jumping down to our final gaming benchmark, we dive into the Cyberpunk 2077 1080P test. This one was a clear win for the i9-12900KS, seeing an overall increase of around 2 percent going from a score of 104 fps on the 12900k to a score of 107.3 on the 12900KS, offering a much smoother experience overall. It also beat out all the other chips tested by a handy margin.

Now that we have our slate of gaming out of the way, it is time to jump into our synthetic benchmarks to give a high-level look at how the i9-12900KS compares to other CPUs currently on the market. While these benchmarks can look impressive and great for bragging rights, they should be taken with a grain of salt, as they are only a small insight into how a CPU will actually run in the wild and not a true measure of performance improvement.

For our first test, we jump into CPU-Z, to get a look at how the i9-12900KS compares in single threaded and multithreaded workflows. As we expected, the i9-12900KS delivered an impressive, if not dramatic score that is above all other CPUs we have tested for this review. It sits with an 820.4 Single Thread, and 11373 Multi Thread scores, giving it a notable heads up on the standard i9-12900K, with its 813 Single Thread, and 11240 Multi Thread scores.

“… the i9-12900KS shows a noticeable level of performance increase and performance improvement over previous chips in the Alder Lake range and over other chips in our testing.”

In our Adobe benchmarks including Premiere Pro, the i9-12900KS managed to be on par with the 12900K, and around 25% faster than the 11900K, so it’s an ideal choice for content creation professionals who want to upgrade from older Intel hardware, although if you already have an 12900K, the upgrade would be minimal at best.

Looking at our Cinebench R20 test, the i9-12900KS managed to deliver a score of 10,689 for multicore performance, and a 788 in single core testing. This is a slight increase over the 12900K, which managed a very capable 10,645 multicore and 779 single core in our single core tests. So, while slight, even in our synthetic tests, the i9-12900KS shows a noticeable level of performance increase and performance improvement over previous chips in the Alder Lake range and over other chips in our testing.

With all the tests out of the way, it looks like Intel has taken the gaming and performance crown as one of the fastest CPUs currently on the market. The i9-12900KS is a very powerful CPU, and that power comes at a cost. It will be a draw on your system needing more base power to run, it will run hotter than the standard 12900K, and it will cost a premium for that extra performance. But this is an enthusiast chip, made for people that like to overclock, and push their system to the limit, and on that front, it is very impressive.

Provided you want to take the plunge into the Intel Alder Lake waters, and demand only the best, the i9-12900KS is the top of the heap. It delivers fantastic real-world gaming and productivity results, and does stand head and shoulders over most of the other CPUs we have tested. For the average user, the standard i9-12900K or the i7-12700K would give more than enough power for the latest games, but when money is no object, the i9-12900KS is an impressive offering and a true testament to how powerful the new Alder Lake platform truly is.

Delivering impressive results, the Intel Core i9-12900KS is a powerful enthusiast CPU, but due to the limited improvement over the 12900K and the increased cost, this is one best saved for the people that demand only the best.
REVIEW SCORE
8
File Under: CPU, intel, PC Build