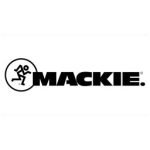 The Mackie brand isn’t exactly a household name in typical videogaming circles, but as the hobby of gaming continues to cross-pollinate with livestreaming and influencer culture, the Washington-based audio-equipment manufacturer is progressively growing its mindshare beyond the music industry towards new content creation sectors, including gaming.

We recently reviewed the Mackie Chromium, which was an interesting hybrid of a microphone and 2-channel digital mixer aimed primarily at musicians (but also podcasters), and many of the company’s more standard audio products such as monitor speakers, soundbars and USB microphones already enjoy wide usage in the gaming space. For all the reasons mentioned above, Mackie’s latest headphone offering, the “MC-450 Professional Open-Back Headphones for Premium Mixing Reference” have a pretty good shot at becoming just as relevant to gamers and influencers as they likely are to music industry pros.

Mackie’s famous tagline is that its products are “Built Like A Tank.” Although I’m not the kind of reviewer who recklessly puts such claims to the test by twisting headphones to their breaking point, I will definitely say that the MC-450 feels solid and well-built despite its mostly plastic frame. The underside of the metal-reinforced headband that holds the whole operation together is concealed in a padded sleeve of premium leather that allows it to sit comfortably on one’s head for extended periods.

Meanwhile, the earcups feature springy-yet-luxurious memory foam cushions that will completely envelop most ears and provide a 45-degree forward swivel that, among other basic conveniences, allows for easy storage in the included protective case. The right earcup is clearly identified by a green plastic swivel-ring on its bracket as opposed to its black counterpart on the left, making it simple for users to always tell which way the headphones should be worn, which I’m very appreciative of. I’m still not quite sure that I’m sold on the “perforated stitch” look of the cushions, but they are extremely comfy on the ears.

“…I will definitely say that the MC-450 feels solid and well-built despite its mostly plastic frame.”

On the back of the earcups, the company’s signature “Running Man” logo is the centrepiece of the MC-450’s metallic speaker-grille-style caps, which coincidentally aren’t just there for show. Rather, they serve as “vents” for the titular “open-back” design of the headphones, which are intended to allow sound to escape into the surrounding environment. To a pro audio novice like myself, this may seem contrary to the whole point of purchasing a pricey pair of professional headphones, but it makes a lot of sense once you look at things from the perspective of someone who works in the business of professional sound mixing and editing: Not all sound is good sound.

Take for example my younger twin brothers, who occasionally moonlight as Club DJs on top of their day jobs. In their line of work, the primary role of pro headphones like the MC-450 is to deliver the purest possible representation of the original sound source for the purpose of editing and mixing, free from any artificial special effects or distortion. A potential problem that sometimes occurs with closed-back headphones is that excess sound can build up and reverberate inside the earcups, which can impact the fidelity of what the user is hearing and in turn negatively affect the quality of the mix. This is especially problematic for listening-intensive work, such as mastering a song, editing a video or synching two songs together on a digital turntable.

Conversely, open-back headphones allow the excess sound to leak out, making it easier for the listener to hear the full range of frequencies in the audio signal. Additionally, an open-back design doesn’t fully isolate the listener’s ears from the surrounding environment. This is ideal for live DJ performances, where on top of frequently matching up two different music tracks via the headphones, the DJ will often have a monitor speaker nearby to both reflect and keep in-sync what the audience is hearing. The lack of isolation also ensures that the DJ can actively listen to audience reactions in order to better entertain and interact with them.

But what if you’re just an audiophile, and not an industry professional? Does the MC-450 still warrant a purchase from those of us who just want a top-tier listening experience? To that end, the answer is yes, absolutely.

I’ll admit that I felt somewhat weird disabling Bass Boost in both my PowerAmp and Spotify apps across all my devices and defaulting their respective EQs to their plain vanilla settings. At first, I even struggled to appreciate what the difference in sound quality actually was, but once I grew accustomed to the MC-450’s more naturalistic groove the differences quickly became self-evident.

When listening to music, the MC-450 offers a clear, clean and airy overall sound that can be likened to listening to a performance in the recording studio or a small, enclosed venue where you’ve got the best and only front-row seat in the house. Alternatively, a fellow friend and headphone nut who I allowed to briefly sample the MC-450 best described the experience as if appreciating one’s music while sitting by oneself in an open room without wearing headphones, despite being in a different environment.

The MC-450 is simply an excellent set of pro cans for audiophiles. The bass is punchy without any need for enhancement, voices are crisp, the highs are much easier to pick out and the lows are lush. Wanting to ensure that I wasn’t just making things up in my head, I loaned the MC-450 out to my DJ siblings to play around with for a day, and they came back with similar sentiments.

Whether I was listening to a high-quality MP3 file or a lossless track directly from a CD, I found live concert performances were the most enjoyable, as the breadth and clarity that the MC-450 provided made it easier for me to focus on a particular instrument, main or background vocal and/or audience reaction at a whim. It genuinely gave me a greater sense of being in the place where the music was created.

Now don’t get me wrong, the act of listening to music though my collection of consumer-grade headsets has yet to be ruined for me, and the MC-450 certainly won’t replace any of my dedicated gaming headsets in terms of surround performance. That being said, for music appreciation in particular it’s difficult to imagine myself not sticking with the MC-450 going forward when there’s a choice, and as long as you don’t need to travel super-light, the included accessories ensure that portability isn’t a barrier to making that choice.

Along with the previously mentioned protective carrying case, the MC-450 also comes with a smaller nesting accessory case, which is used to store the gold-plated ¼” adapter for plugging into professional equipment as well as three different detachable cable options. The first is a 4-foot, straight cable with a built-in, on-wire remote for phone, mic and volume control, which naturally is intended for on-the-go use. A second, 4-foot coiled cable (which can extend up to at least 1.5 m) allows the wearer freedom of movement but politely retracts out of the way when the extra length isn’t needed, making it most suited towards work in the studio.

Finally, a 9.8-foot fabric-jacketed straight cable is provided for attachment to audio-listening devices that tend to be further away from the listener, such as the amplifier on a full-sized stereo system, a mini-system or surround sound system, and is ideal for users who want to lean back in a reclining chair or on the couch. The carrying case accommodates the headphones, the accessory case, the adapter jack and all three cables, and even has a large mesh pocket to quickly toss the cables into if you’re in too much of a hurry to bundle and pack them away neatly, so you can be prepared for just about any scenario and not have to worry leaving any components behind.

With an MSRP of $389.99 CAD, it’s difficult to recommend the MC-450 to anyone who isn’t already a dyed-in-the-wool audiophile, or at the very least audiophile-curious, as there are many decent monitor headphones at entry level prices out there that beginners can cut their teeth on before stepping up to the big leagues. On the other hand, if you’re a serious content creator with the intent to edit, mix and produce audio and/or visual media, and have the money, desire and time to jump right into the deep end, the MC-450 is an excellent gateway into the wider world of content creation and music appreciation.

The MC-450 is a premium pair of professional headphones targeting both serious audiophiles and content creators, and while it more than lives up to expectations in terms of fidelity and build quality, don’t expect those qualities to come cheap.
REVIEW SCORE
9
Buy Online
File Under: Mackie, MC-450, Open-Back Headphones