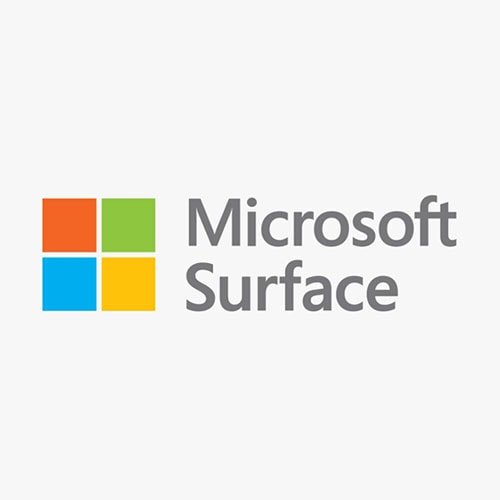 With tablets still out as a form of productivity tool, it’s no surprise that Apple and Samsung generally dominate the market. But what are those who need more power to do? For the last decade, Microsoft has been producing their premium and more power user-based Surface line of tablets. Sporting larger screens and hefty price tags, are they worth your hard-earned dollar?

I was recently given the opportunity to check out Microsoft’s new Surface Pro 9 tablet with an optional keyboard/stylus attachment. My version came with the latest 12th Gen Intel Core i7-1255U processor, 16GB of RAM and a 256GB SSD drive and also came in a stunning shade of blue that I feel is one of the more unique but refreshing colours amongst the ever-growing sea of black, silver and white tablets on the market.

Unboxing the Microsoft Surface Pro 9, you get the tablet itself, the charging cable and some paperwork that no one ever seems to read. Not too many frills here to excite you. Immediately upon holding the Surface Pro 9 in my hands, I was quickly floored at the rigidity and sturdy build quality compared to other tablets I have owned or tested over the years. Everything about the Surface Pro 9 felt very premium and well put together and made the device feel well worth its over $ 2000 CAD price tag.

Plugging the Microsoft Surface Pro 9 into charge, however, was where I ran into my first set of minor problems. The charging cable, in my opinion, is a little shorter than I would’ve potentially liked to have seen, especially if a wall plug happens to be further away from where I am sitting or trying to use it. Secondly, I found Microsoft’s magnetic connection to be a bit of a double-edged sword.

On the one hand, the fact that it can become dislodged so easily can be nice for those with kids or pets constantly running around where you work. On the other, the same fact can also be irritating when the cable keeps coming out when I just try to slightly reposition the Surface Pro 9 on a different part of my desk or whichever surface I am using it on. That being said, the addition of an extra USB type A port for charging other devices was a nice touch and meant I did not need to carry an additional charging block when leaving the house.

Looking closer at the Microsoft Surface Pro 9 tablet itself, on top, you find the power button with integrated fingerprint reader and volume rocker buttons. You will find Microsoft’s proprietary charging/dock connector port along the right side of the device. Along the left, you find 2 Thunderbolt 4/USB type C 4.0 ports that support display out as well as data transfer and charging. On the back of the Surface Pro 9, you find Microsoft’s awesome kickstand, which allows you to position the tablet at nearly any angle you would like, along with a 10MP camera capable of shooting 1080p and 4K video.

Also hidden on the back, behind the kickstand, Microsoft has a magnetic door that stores the internal SSD. The display on the Surface Pro 9 is a 13” 2880 X 1920 screen with 3:2 aspect ratio and 120hz refresh rate. Just above the display, you will find an additional 1080p camera with Windows Hello support.

In day-to-day use, I found the Microsoft Surface Pro 9 to be quite a competent and powerful tablet. While doing simpler tasks, such as web browsing, watching videos, checking email and typing up documents, the Surface Pro 9 easily sped through the tasks without breaking a sweat. At all times, the screen was bright enough in all environments I used it in, and the sharpness made sure everything I was viewing, looked as good as it could. I never once heard any fan noise in all light tasks, and the operation was completely silent. I generally found myself using the Surface Pro 9 either on my bed, sitting on my lap or at my desk. I found the overall weight of 879 grams to be just a bit too unwieldy to hold up and use for longer sessions unless I was resting the Surface Pro 9 along my forearm.

In more intensive tasks, such as benchmarking or even gaming, no surprise here the Surface Pro 9 starts to throttle and run into issues. Not only is this because of the lack of a dedicated graphics card, but also due to the Surface Pro 9’s thermal envelope. It is too compact and not designed for CPU and GPU-intensive tasks. While trying to play my favourite game, American Truck Simulator, even at low settings, the Surface Pro 9 struggled to render 3D objects, such as truck or trailer components.

While the game ran at 50-60FPS on low settings at 1080p, the lack of proper rendering made parts of the game unplayable. However, while running synthetic benchmarks such as FurMark or Cinebench R23, the Surface Pro 9 delivered about as expected. FurMark averaged around 30FPS at 1080p after extended testing. After giving adequate time to cool down, Cinebench delivered a result of just over 8000 points in multicore, placing it right in the middle of the score chart. In all forms of heavier tasks, the fans on the Surface Pro 9 were audible; however, they were not deafeningly loud and should not cause too much disruption in a quiet environment.

“…I feel Microsoft has done a great job with their new Surface Pro 9 tablet.”

When enjoying various forms of entertainment, the built-in 2W speakers are straight-up disappointing. While being able to get plenty loud enough to fill a large quiet room. High tones were loud but also sounded distorted and broken when listening to music. Bass was almost non-existent, too, leaving me wanting more, considering how much the Surface Pro 9 costs. For quiet personal listening sessions, the Surface Pro 9’s listening experience slightly improves but I often found myself often reaching for a set of earbuds or headphones when listening to any type of media. I have heard much better tones from much cheaper and smaller devices, including competing tablets. Something is generally better than nothing.

Battery life was another aspect were using the Microsoft Surface Pro 9 thoroughly impressed me. I was regularly able to get several hours of use out of the battery when doing lighter tasks. I found I could casually use the Microsoft Surface Pro 9 over a couple of days before the battery finally gave me an indication that it was time to plug it in for charging. This was all while having the screen brightness at 60% with both Wi-Fi and Bluetooth enabled.

The optional keyboard attachment is an accessory I found myself using almost any time I was using the Surface Pro 9. Maybe it is just because I am more comfortable with laptops than tablets, but I felt the keyboard made the much more versatile. The keystrokes were clicky and firm without being tiring to use. The keys also have three levels of backlighting for use in darker environments, something not all other manufacturers include on their keyboards. The touchpad, while a little bit small, was precise, and my fingers had no problem gliding over it.

For extra comfort, the keyboard can be used flat on a surface or on a slight angle via built-in magnets in both the keyboard and Surface Pro 9. The Alcantara padding around both and on the back was very soft and comfortable against my wrists and made longer typing sessions much more enjoyable. While I didn’t find myself using it as much as some users may, Microsoft even incorporated a thin and accurate stylus on the upper portion of the keyboard. The stylus not only magnetically attaches to the keyboard but can also be attached to the side of the Surface Pro 9 when users do not wish to carry the keyboard. With a heftier price tag of $ 349.99 CAD, the keyboard is certainly not a cheap accessory, but I enjoyed getting to use it with the Surface Pro 9.

To conclude, I feel Microsoft has done a great job with their new Surface Pro 9 tablet. While the price is steep compared to basically any other tablet on the market, no other comparable tablet offers the same specifications and versatility as a Surface. Being able to have a complete version of Windows, with enough storage (when configured correctly) to carry all needed documents and files on the go, all while taking up minimal space, is a combination I feel I could get used to. The keyboard attachment is a great accessory, though equally pricey, that not only adds additional versatility but also protects the screen of the Surface Pro 9 nicely.

Price tag can get quite high with higher end configurations, users will not find a more powerful Windows tablet that delivers as much versatility as the Surface Pro 9.
REVIEW SCORE
9
Buy On Amazon
File Under: Microsoft, Surface