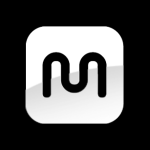 Since 2002, Monoprice has been developing products for the masses, with the mantra of bringing “simplicity, fairness, and confidence” to consumers in the market for next-level electronics. As an audio focused branch, Monolith aims to deliver the best in sound, while looking good doing it. This is where the Monolith M1000ANC Wireless Bluetooth Headphones come into play, and all the boxes for great audio, are adequately checked.

The Monolith M1000ANC arrived in a sleek black box, with some add-ons that are cool additions, and complement the headset well. The main attraction is the headphones themselves. They feature a sleek all-black look, with bevels that allow earcups to swing outward. I noticeably always have a problem figuring out which side to wear headphones on. The Monolith M1000ANC solves this by cleverly placing the L & R side indicators on the inside of the earphones.

The headband folds up compactly, making the mighty headset much smaller, allowing the M1000ANC to fit securely inside a small, included travel bag to protect the headset from the elements. A 3.5 mm audio cable is also surprisingly included, and considering most modern cellphones have done away with the ‘headphone jack,’ Monolith brings back the question ‘who has the AUX cable?’ by including one, which is a nice touch especially for audiophiles with a need for 3.5 mm connectivity.

I have a small complaint here; the headband may feel a little too thin and small feeling. As someone who must set the headband to the highest setting, it was a little worrisome when the headset felt like it could slip off without much coercion. The earcups also turn often while walking with the headset around your neck when not in use. This is a small nuisance for me, but for those with longer hair, this could tangle easily.

“The headband folds up compactly, making the mighty headset much smaller, allowing the M1000ANC to fit securely inside a small, included travel bag to protect the headset from the elements.”

A main highlight of the Monolith M100ANC is the inclusion of Dirac Virtuo audio. This spatial functionality is activated by the touch of a button located on the outside of the right earpad, just one press activates and deactivates it. The idea is to provide a more comfortable surround sound without sacrificing quality, at a more reasonable price. The spatial stereo rocks hard, Muse’s album “Simulation Theory” was a good test considering sound envelops the listener throughout, and it worked admirably.

Another huge feature is Active Noise Cancelling, which the Monolith M1000ANC are named for. This is the best feature of the headphones, and it has its own switch on the right earmuff allowing the user to choose “Low, High, and Off” settings by just hitting the switch. I LOVE this feature. The switch is sturdy while also informing the user which setting the ANC is currently on, and it can block out virtually all distractions. The Monolith M1000ANC promises up to 35 dB of noise reduction, and the functionality sweeps noise pollution under the rug with ease.

Monolith apparently thought about everything, and they included a function that works well with the ANC. This is the ability to activate “Conversation mode.” While holding and pressing your right palm on the right earmuff, the headset allows the user to hear their surroundings, and hold a conversation without removing the headset. This feature is a great addition for convenience, and for also making the user feel like they’re using secret agent tools.

“The Monolith M1000ANC promises up to 35 dB of noise reduction, and the functionality sweeps noise pollution under the rug with ease.”

There are other functions delegated to the right earmuff, such as adjusting volume, skipping songs, answering calls, and even switching between two calls all by swiping and interacting differently with the earmuff. Double tap the right earmuff to pause/play a song, but also to answer a call. What’s interesting is all the specific controls work incredibly, and they don’t bottleneck their way through each other, swiping forward will always skip a song, and the headphone reads exactly what action you’re using. Although learning the controls may feel as cumbersome as learning special moves in a fighting game, they are useful.

The overall sound quality on the Monolith M1000ANC is top of the line. Even without the Dirac Virtuo turned on, individual sounds are made crystal clear, and hearing a cymbal smash during a drum solo just hits different, kudos to the 40 mm drivers. It is also worth noting the connectivity with Bluetooth 5 compatible devices, such as my PC or smartphone, felt seamless, and I didn’t experience any issues here while test-driving. There is, however, a small issue with the max volume. The headset doesn’t reach very loud levels with just smartphone stock usage. This can be supplemented by the ANC, but the max sound could pose an issue for those that like music at a louder volume than normal.

Along with the incredible sound, the battery life on the Monolith M1000ANC is just mountainous. Not only does the Monolith use a now universally utilized USB-C charge port, but the battery also kept the headset alive for about 50 hours of non-continuous use for an entire week. This is while alternating the ANC to each of its levels, but the headset is clearly designed to need less rest than its user. With the battery fully depleted, charging for a meagre five minutes gave it 2% battery, which seems low, but the 2% carried it another hour before powering down again.

The Monolith M1000ANC is a striking headset that delivers good sound and can last a long time. A good headset to upgrade audio quality, while not breaking the bank.
REVIEW SCORE
9
File Under: Headphones, Monolith M1000ANC, Monoprice