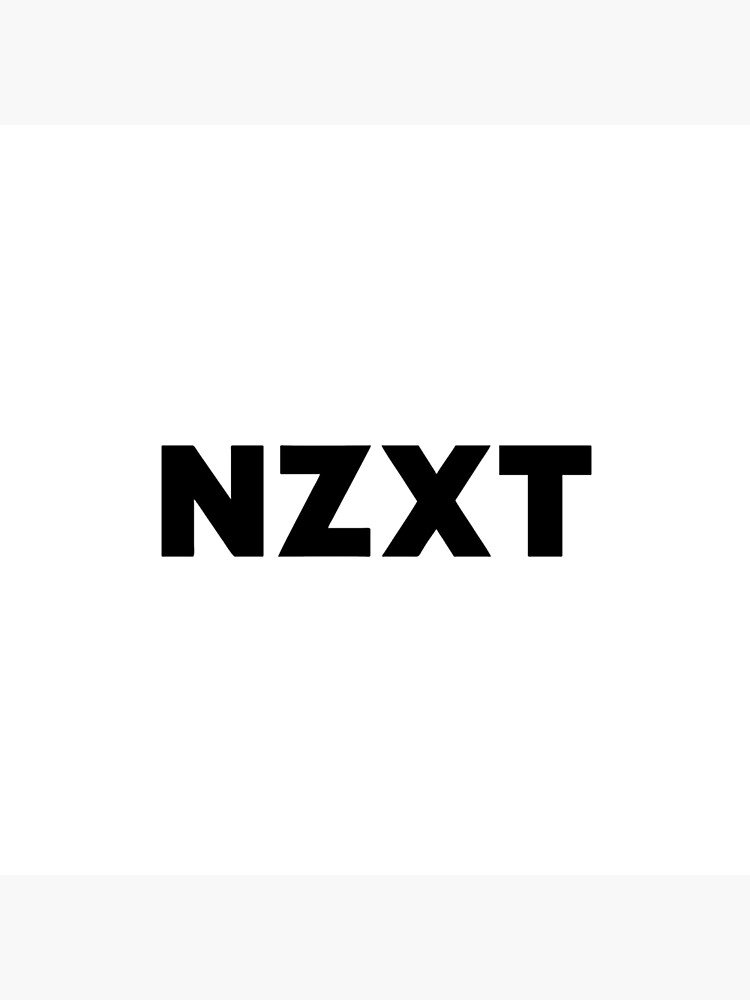 NZXT couldn’t have picked a better time to launch its own 12th Gen motherboard. The N5 Z690 motherboard puts NZXT closer to software territory. But this isn’t simply a component born out of competition. Two generations in, NZXT has clearly bided their time and put all their notes for a properly built motherboard. A slew of traditional features are smartly spaced out with extra room for creativity. Users will also enjoy a straightforward setup that doesn’t depend on exclusive gimmicks. The N5 Z690 delivers on a simple and easy-to-use interface NZXT preserves.

Simplicity is key to keeping users from an overwhelming build. NZXT has long followed this design philosophy for its hardware. From cases which give users open space. To all-in-one (AIO) water coolers that show on-screen temps. The company sews easy-to-understand mechanics at face value. In a bold leap, NZXT’s first-ever motherboards in 2020 show their goals don’t stop after first boot.

I can’t emphasise just how easy it was to install the N5 Z690. First-time users will find setup easy, starting with its standoffs. The ATX-sized board is readily compatible with non-NZXT cases. It’s a bigger benefit knowing the N5 Z690 is lightweight and stays firm after a few screws. As a bonus, NZXT features a built-in I/O shield to save users work. The N5 Z690’s feels ready to mount for an efficient first step (as it should). Everything simply lines up without any time wasted.

NZXT uses a tougher material for its plastic headers and pins. Clearly, the company thought ahead for new users playing rough with plugs. It’s worth noting the headers feel clean as cables slide right into place. The N5 Z690 managed to give a satisfying click for my eight-pin ATX power plug. A similar feeling came from the 24-pin connector.

The N5 Z690 isn’t exactly a backwards compatible board for older CPUs. NZXT rightly updates its motherboards with Intel’s 12th generation of processors. I’m glad users are ensured the latest option which houses a larger LGA 1700 socket. It’s best described as a rectangular socket that leaves behind traditional CPUs. Users might feel short-changed for not being able to use older LGA 1151 types. But the N5 Z690 was built with next-gen in mind. This unapologetically leaves users without a choice but to get the latest CPU for access. It shouldn’t be a problem for new builders in 2022. While NZXT’s N5 Z690 negates any chance of a backup CPU.

Generations of CPUs are left behind in the N5 Z690. Luckily, older CPU coolers are compatible. My Cooler Master Hyper 212 fits smugly with the N5 Z690’s brackets. NZXT keeps options wide open for air and water coolers. The board couldn’t alienate its own line of older coolers. This benefits users who might have an NZXT AIO ready to go. Without question, the N5 Z690 took my 12th Gen i5-12600K. It also boosted performance naturally with support for Intel Hybrid Technology. Added support for the Turbo Boost Max 3.0 simplified overclocking, giving single cores more power when needed.

Space is a wonderful feature in itself for the N5 Z690. NZXT’s own motherboard evenly spreads out its headers for bigger parts to come. Users are free to add large block CPU coolers. NZXT smartly uses walls to keep the CPU from blocking headers. This adds to the N5 Z690’s easy-to-find headers. Each one is actually placed on the board’s edges. A CPU and four system fan headers were all easy to access. Thanks to a top-down layout for fans, installing extra boards felt like a cleaner step than motherboards I have used in the past.

NZXT plays it too safe with RGB headers this time around. Users only get one 5V and 12V header in the spacious N5 Z690. Sadly, this makes installing individual RGB fans much harder without controllers. Two exclusive RGB headers are reserved for compatible products. The N5 Z690 stays organized by placing all USB 3.0 and C headers together.

It’s a joy to manage my case’s USB 3.0 header with a horizontal plug. Here’s where NZXT’s experience with PC cases bleeds into the N5 Z690 motherboard. Users have more ways to weave their cables without showing. The N5 Z690 includes a Type C connection that adds more ways to connect peripherals. For a single motherboard, it’s impressive to see the N5 Z690 operate without a graphics card.

The on-board Intel XE Graphics comes with true 4K support. NZXT pushes the standard further through its HDMI port. While users can still enjoy lower HD resolutions with added headroom. But at 60Hz, the N5 Z690 pushes out a respectably powerful display for low-spec gaming and media. Though it was a bit of a struggle to get the built-in wireless up without drivers.

A bare-bones offering of ports hurt N5 Z690’s internal I/O panel. First-time users might appreciate an all-in-one setup from the board alone. While new peripherals can get harder to add over time. The N5 Z690 serves four USB 3.2 Gen 1 ports. Then two USB 2.0 ports. A single USB 3.2 Gen 2 port pales in comparison to competitors offering multiple.

Here, users deserve better ways to grow their setups. One USB port packs a BIOS flashback function, which works in conjunction with a button. NZXT luckily makes BIOS updating easier than ever. But this comes assuming users are frequently using the feature – if ever. It’s a shame NZXT touted this feature at the cost of more USB ports.

“The N5 Z690 evenly spaces out its slots without any spacing issues.”

Credit goes towards the N5 Z690’s own Wi-Fi 6E that runs dual-band. Antennas are also packed in to capture the high speeds. Users benefit greatly by having easy switching to wireless and LAN. NZXT packs in Bluetooth to give users more to do with an all-wireless setup. It’s a pleasure to have the N5 Z690 caught up on delivering decent hi-fi audio. While NZXT’s board features crisp 24-bit, 192Hz sound. Even on max volume, the N5 Z690’s audio underwhelms with weak levels.

The N5 Z690 evenly spaces out its slots without any spacing issues. I especially loved having five PCI-E slots to choose from. Devices including sound cards, Wi-Fi cards and storage are easily accessible across the board. NZXT leaves the most room for the PCI-E x16 Gen 5 slot. The N5 Z690 seamlessly uses Intel’s improved 12th Gen CPU speeds with higher bandwidth on GPUs. Simply put, NZXT does a great job for bottleneck-free performance with all PCI-E devices and the CPU.

It takes four M.2 slots to make users happy with the N5 Z690. NZXT hides the last one under the board for a cleaner presentation. This future-proofs the board with extra room for growth. I took every advantage of the N5 Z690’s 4 SATA ports for cost-friendlier hard drives. It’s a stretch to give NZXT credit for including legacy UEFI features with older drives.

But there’s no harm in putting HDD clutter to use. Four DDR4 slots come standard on a 2022 motherboard. But I saw no reason to leave out the DDR5 format other than to cut costs. CPU aside, there’s reassurance for backwards compatibility. Users won’t feel left behind by the N5 Z690’s ability to take on older parts.

“The N5 Z690 is a promising shift towards software for NZXT.”

NZXT’s own on-board BIOS is my new favourite system to navigate. It takes on a Windows File Manager approach for tweaking settings. Each function – from overclocking to voltage – is sorted in a folder. Users won’t feel overwhelmed thanks to NZXT’s thoughtful organization. It’s not limited to changing fan speeds with presets. Or effortlessly changing boot devices for easy Windows 10 installation.

Thankfully, the interface comes clean for one-click overclocking. Enthusiasts can also add their own figures without a hitch. I expect nothing less out of NZXT’s ability to make the most daunting PC tweaks look easy. Only since the N5 Z690 makes it so through folders.

The N5 Z690 is a promising shift towards software for NZXT. It delivers a motherboard that still comes off as easy to understand. New and veteran PC builders can find lots of things to be satisfied about with the N5 Z690. A few missed opportunities with USB ports, passable audio and limited CPU options keep the N5 Z690 from greatness. But NZXT still edges out competitors by playing on hardware strengths. Quality-of-life decisions give users more than enough room to fit the biggest PC components around. NZXT proved it waited long enough to join the motherboard market. While future improvements of the N5 Z690 will only add to the stress-free PC build all users want.

The NZXT N5 Z690 holds back on some bells and whistles for a reliable motherboard, but packs plenty of next-gen hardware advantages with stress-free setup.
REVIEW SCORE
8
File Under: intel, NZXT