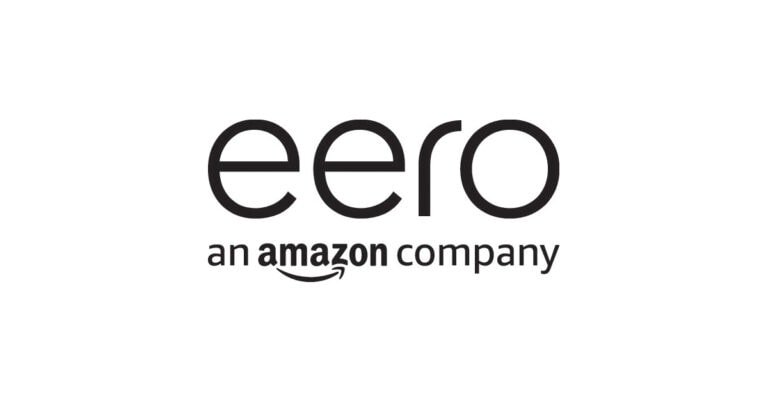 Eero has long been one of the leaders in the mesh router space. They were one of the first on the stage and delivered a lot of value when it came to getting your home covered in Wi-Fi. Since the Eero 6 was first launched back in 2020, the market has shifted, and there is more competition than ever, but Amazon has taken note, and now brings us the Eero Pro 6E, a mesh router that builds on past strengths, while delivering a much-improved router experience.

Costing around $299USD for the single pack, the Eero Pro 6E is pricier than past offerings, but the company has managed to deliver a much more robust package overall. The new Pro 6E is the first Eero to feature a 6Ghz radio that offers a Wi-Fi 6 E radio, 2X2 MIMO, a max width of 160 MHz, and boasts speeds up to 2402 Mbps. Also, like the 6 Pro, it has 5GHz and 2.4Ghz radios to ensure you are covered no matter your needs and requirements of your home.

Internally, the Eero Pro 6E is powered by a Cortex-A53 SoC, offers 1 GB of RAM, 4 GB of flash storage, and is the first Eero to feature both 2.5 Gbps Ethernet port alongside the standard 1 Gbps port. While there are a lot of numbers and specs there, it basically means the new 6E will deliver a much more reliable signal, even if your house is particularly hard to blanket in Wi-Fi. The inclusion of the range of radios means the different 6E units around your house don’t need to slow their speeds to talk to each other, giving you the best speeds possible even at the extent of their coverage.

This is true provided you avoid using old Eero devices as part of your system. While there is a lot of new technology inside the Eero Pro 6E, if you are using it alongside an older Eero 6 or later, you will be limiting the connection of all devices on the network, since the older router will act as a bottleneck for your internet. While I love the fact Eero lets you expand your existing system, if you need the best speeds possible, it is time to retire your older model, or you will be asking for trouble.

“…the Eero Pro 6E is pricier than past offerings, but the company has managed to deliver a much more robust package overall.”

The design of the Eero Pro 6E is very in-line with past offerings. The simple white box looks good anywhere around the home, and never feels obtrusive. The limited number of lights on the unit ensures it will never be an eye-sore when placed in a living room or bedroom, and the minimal wires means it can be placed anywhere you have an outlet, at least for the extender units. You will still need to ensure the Eero system is connected to whatever modem you use for the internet, but thankfully, due to the size of the 6E it should be a trivial matter to find space for the new unit alongside all the other tech you may have in the area.

Everything you need to get your system up and running is included in the box, and the clean look to all parts of the mesh routers makes them easy to hook up and connect as you need. Once you have everything hooked up, you are ready to launch the app where the rest of the settings will be sorted out. Eero has made the process painless, giving you guidance on placement, how to hook everything up and setting up the system to your modem, along with making sure everything connects properly.

The Eero Pro 6E alone can cover around 2,000 sq/ft, with a three-pack managing to cover 6,000 sq/ft. The cheaper 6 Plus will cover 1,500 sq/ft for a single unit, or 4,500 sq/ft for a three pack, so plan accordingly based on your needs. It is also important to note that while 6,000 sq/ft may sound like a lot, this is under ideal circumstances, and this could be much less depending on how your home is set up, or what materials it is built out of. If you have an older house with a lot of brick, concrete and wood, you will see the signal drop drastically, so be wary of buying ‘just enough’ for your current setup.

You will have to detail the locations of each of the nodes, along with the wireless network names during setup, but once everything is installed, and each node you want to connect is integrated into the system, you are ready to enjoy your new system. There are options for parental controls, guest networks, optional alerts for when devices connect, etc., but realistically, you won’t need to dive into the app unless there are problems with your network.

Since Eero is an Amazon product, you also have the option to connect the system to Amazon Alexa. This means you can program commands such as turning off the Wi-Fi with the use of your voice, although I have yet to find much use for this beyond novelty, but it is there should you wish to get it set up. The Eero will also update with firmware updates periodically. These can be minor or major changes to the system, but they are done seamlessly behind the scenes, so for the most part, your Eero is a set it and forget it affair, once you breeze past the initial installation.

For all the tests, we used our standard home testing environment. This included 2 floors, within a 100-year-old house, so it would make the Eero Pro 6E work for its speed. Before testing, the bedroom with a Pixel 6 Pro managed around speeds of 680Mbps download, with the living room, where the router was located, managing an average of 812Mbps. While not ideal, this is expected in an older house with a one router setup.

“Since Eero is an Amazon product, you also have the option to connect the system to Amazon Alexa.”

Once everything was installed, with the same phone, the living room achieved a similar 827Mbps, with the bedroom managing a much more impressive 801Mbps with a node in the bedroom (or 772Mbps with only the main living room Eero setup), managing to blow away the previous router in both instances.

I was already impressed, but with a new baseline set, we needed to push things and load up the system with streaming, gaming and video calls, just to see how well the Eero Pro 6E could fare in a real-world environment. Let’s be honest, while it is great to think using the device will fall under ideal conditions, but the real world is not like that, so we need to ensure it can hold its own against the crushing pressure of the modern home existence.

With our PlayStation 5 downloading, an Xbox Series X playing an online game, and 2 other 1080P streams running in different rooms, while on a video call, the Eero Pro 6E managed to deliver fast internet without any noticeable hiccups. To put it bluntly, if there was any bottleneck, it was the simple fact that the 1 GB internet could only deliver data so quickly. While I did not see any drops in signal or connection to any of the devices in our tests, for any gamers that need to ensure their games are uninterrupted, there is an Ethernet port on the back of all the devices, for that extra level of stability.

With the tests out of the way, we are very confident that the Eero Pro 6E is an excellent offering from one of the leaders in mesh routers. They are fast, easy to use, and a tremendous value now that they have all the latest technology powering the mesh network and the overall delivery of signal to your devices.

With the addition of Wi-Fi 6E, a dead simple setup process, and being some of the best value for money routers currently on the market, the Eero Pro 6E is a must-own upgrade for people that demand the best. While there are more expensive options that boast a bit more features, it is hard to deny that the Eero Pro 6E is the premium mesh that delivers the features that are important while not breaking the bank to do so. With great speeds, a simple setup process, and constant updates, if you need an upgrade, you can be confident for years to come with an Eero Pro 6E purchase.