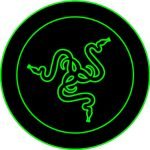 Save for a few concerns, Razer has crafted the near perfect Ultrabook.
REVIEW SCORE
9.5
Buy Online
File Under: Razer