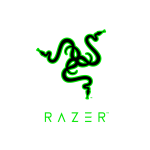 If I’m honest, the mouse is probably the part of my computer that I think about the least. I’ve used regular old consumer grade mice, fancy gamer mice, and even old trackball mice, and, apart from having to clean funky old rubber balls, the differences have always been minor at best. That seems to be the way that it is with mice technology, you’re never making huge noticeable leaps, but really it’s a game of milliseconds and micro seconds. Now, that’s not to say that these improvements are not welcome, it’d take something huge to get me back on an old trackball, but more to say that the incremental improvements in mouse technology are often hard to discern when you first get your hands on it.

So Razer’s got a fancy new gamer mouse on the market, the Viper 8KHz, and it sure sounds like one swanky gizmo. It’s an ambidextrous, wired mouse with top of the line switches, two additional buttons on either side, a high end optical sensor, 5 DPI settings, and something called Hyperpolling. All of that stuff sounds very impressive. The DPI presets can be cycled with the press of a button on the mouse’s underside, signified by a small LED light near one of the three smooth raised glide pads. The switches are extremely responsive, sometimes giving up a surprising click when I was resting a finger against one of the mouse panels, which wasn’t a problem but was definitely something to be aware of and get used to. Similarly the mouse wheel feels great with a tactile ridged surface and little to no dead zone when spinning it and pressing it. Some people might be turned off by the hardwire, but it’s tough and surrounded by a sleeve to deter any sort of snags as it glides wildly along your desk.

There was one word up there in my description that seems a bit odd: Hyperpolling. That is the Viper 8KHz’s claim to fame and its namesake. So, polling describes how often a mouse reports data to a computer, usually data about where and how far a mouse has moved. Most mice come in at 1000KHz, meaning that it sends data 1000 times a second, so you can expect about a millisecond of input lag whenever you move your mouse. The Viper 8KHz, as its name would imply, polls 8000 times per second, cutting that input lag down into the microsecond territory. Sounds impressive on paper, but in practice the difference was extremely subtle.

This is a mouse for people who are serious about gaming and looking to make any improvement where they can. 8KHz polling is not something found in any other mouse that I am aware of, and the benefit is very granular. Furthermore, if you aren’t using it with a high refresh rate monitor, a decent cpu, and graphics card, it’s very likely that you won’t see any change at all. The Viper 8KHz is absolutely designed with professional gamers in mind.

Now, with all this fancy kit, the Viper 8KHz looks to be pretty modest, design-wise. In fact, it looks nearly identical to Razer’s previous, non-hyperpoling Viper mouse, which was a fairly conservative looking gamer mouse. The Viper 8KHz doesn’t try to mold the player’s grip into any awkward or intense angles, but sits comfortably under one’s hand with some nice grips on either side to rest a thumb against. It does bear the Razer symbol glowing colourfully on the rear, but otherwise it’s a fairly nondescript black mouse.

Now, it the world of gaming mice, the Viper 8KHz is a little pricey, coming in at nearly double what most popular options retail for. For that price you do get to fiddle with some unique and cutting edge technology. That tech definitely can provide benefits, a smoother, more responsive experience that hasn’t been matched by anything else on the market, but without an already nice computer, you may not even be able to see those benefits. The Viper 8KHz is a great mouse with some nice features, but for the price and the granular level of improvement one can eek out here, this is best suited with professional gamers and esports competitors.