Value From An Unfamiliar Name 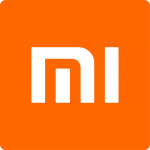 For the first time in my life as a smartphone user, I am in unfamiliar territory. I have reviewed a number of phones and have experience with all the popular brands going all the way back to Blackberry, but for the first time, I am looking at a phone from a company of which I had no prior knowledge and, if I’m being honest, it’s better than I anticipated.

That phone is the Redmi Note 11 Pro Plus, a 5G smartphone from the China-based company Xiaomi. It’s an Android phone that packs a lot of punch and is not such a far departure from the Androids that you know and love.

Running on MIUI 13 (which is an equivalent of Android 11), a Snapdragon 695 Octa-Core CPU and Qualcomm Adreno 619 GPU, the Note 11 Pro Plus offers 128 GB of storage with either 6 or 8 GB of RAM or 8 GB of RAM for the 256 GB version. Storage is expandable up to 1 TB. It is worth bringing up that the amount of available RAM is smaller than advertised due to there being dedicated RAM for the Operating System.

The Note 11 Pro Plus has a screen that is a 6.67” 1080p AMOLED Display with refresh rates up to 120Hz. The total resolution is 2400×1080 and offers special adaptive modes for nighttime reading and automatic brightness adjustments to adapt to the sunlight.

In the box you get the phone, power adapter (we’ll get into that shortly), USB-C Cable, Phone Case (yes, it comes with a phone case and it’s nice. Simple, but nice) and a SIM eject tool.

The camera specs are where I got the most interesting information. Its main lens is a 108MP f/1.9 and then has a huge drop-off for the remaining lenses. The Ultrawide Camera is 8MP f/2.2 with a 118-degree field of view and its macro camera is 2MP f/2.4. Video recording is limited to a maximum 1080p and 30 frames per second. The inability to go as high as 4K or to increase your framerate to even 60 fps by lowering your resolution are a pretty big deal to me. It is viable as a basic video camera but is really limiting for someone who may want to dabble in content creation before moving on to bigger equipment.

Overall, the photo quality was really nice. Some of the pictures you will see in this review, taken by the Redmi, were taken by my eleven-year-old daughter to test the camera’s quality even in the hands of a beginner photographer.

Its video playback quality is fine given its resolution. The colours are accurate, and the stereo speakers are nice, but neither blow me away like some of the previous mobile devices that I’ve seen. There were no unexpected disappointments in the performance given the specs I have already discussed, so the bottom line is that it delivers what is advertised.

The Note 11 Pro Plus has a 5000 mAh battery and sports a pretty decent battery life. It lasted for days with minimal use and lasted me the full day (about 14 hours) with regular use. They claim a 42-minute charge to 100% from empty due to their provided 67W charger, but I could not test this because the provided charger was not a North American plug, making it unusable for me. I have been charging it in the same place where I charge my Samsung Galaxy S21 and they charge at a similar speed.

A little twist that I like is its security. It offers facial recognition and fingerprint technologies, but they placed the fingerprint sensor on the power button. I love the ability to wake up and unlock the phone simultaneously. The only downfall to it is a situation where you need to use a finger other than your right thumb to unlock (Band-Aids, am I right?). The button then becomes a really inconvenient location for the sensor. So, if you own the Note 11 Pro Plus, keep that thumb safe.

One thing that you can’t complain about, however, is the price. At $326.68 USD, a lot of the nit-picking I have done above becomes a lot more forgivable. It looks on the surface like a higher end smartphone, but when you find out that you are looking at a budget phone, you can much more easily understand why there are certain limits on performance, but those limits are still beyond worth its rock-bottom price.

For what it is, the Redmi Note 11 Pro + is a solid phone with great value. The OS is reminiscent of some Android phones, so it won’t feel so alien to a person coming from most Android ecosystems and the overall experience is exactly as advertised. It is not a game changer but is perfectly serviceable and your wallet will thank you.
REVIEW SCORE
7.5
Buy Online
File Under: Note 11 Pro Plus, redmi, Smartphone, Xiaomi