Two Months Of Use, It’s Clear They’re Something Special 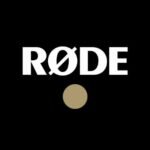 There’s a certain expectation that comes with classifying a set of headphones as ‘professional grade.’ Top of the line sound quality, stellar comfort, and a high price point are the three that come to my mind first, and that’s precisely the category that Rode is trying to make a splash in with their NTH 100 headphones. In order to find out if they’ve succeeded, I slotted the NTH 100 into my daily work, gaming, and podcasting lineup for two whole months and the results speak for themselves.

Visually the NTH 100 makes a strong yet subdued first impression. They have a sleek black, minimalistic design with the Rode logo neatly inscribed on each earcup. In a work setting, they blend nicely into the background but still manage to look striking. Thankfully, Rode also seems to recognize that a bit of expression is good, as the NTH 100 features a few different clip-on accents that you can fit onto the side of the headphone for a little dash of colour. It’s something that most people won’t even see but from a user perspective, it’s a neat touch that feels like having a lone dyed strand of hair.

Other than the visuals, the real reason why the NTH 100 fit so effortlessly into my weekly routine is that they’re super lightweight and comfy. I’ve tested several premium priced headphones that either fit weird or start to feel heavy after a couple of hours of use, but so far that hasn’t been the case with the NTH 100. They weigh in at 355 grams and feel great to wear all day long. Rode boasts that the NTH 100 features CoolTech™ gel cups that are supposed to keep you cool even in the sweatiest of gaming sessions. To test this, I worked outside in 33 degree Celsius heat and as it turns out the cooling gel actually works quite well.  While the rest of me was super warm, my ears stayed impressively cool and while I can’t say I recommend working outside in the heat, you technically can, which is neat.

“Other than the visuals, the real reason why the NTH 100 fit so effortlessly into my weekly routine is that they’re super lightweight and comfy.”

Also neat is the fact that the NTH 100 performs well on the sound side. Specs wise, they feature 40 mm dynamic drivers with a frequency response range of 5Hz – 35kHz at 32 ohms, and a sensitivity of 110dB/V. In practice, the NTH 100 is clear and accurate across most ranges and punches up to higher price point headphones. Testing it out with Rush by Yoko Kanno and the Seatbelts, the jazzy highs and bassy lows came across rich and punchy, and the NTH 100 do a great job at being consistently solid regardless of range.

Price-wise, the NTH 100 is definitely in the higher echelon of headphones, clocking in at $199 CAD. While it may seem pricey, $199 isn’t even close to the true upper range of headphones, especially when sound mixing and music creation options are factored in, and the NTH 100 do well to punch above their weight. I’ve used a Rode NTS-USB as my go-to mic for the past four years, and there’s a nice feeling of visual synchronicity between the two, even if there isn’t any actual hardware or software integration.

“While the NTH 100 does a lot of things right, they’ve got a frustrating fragility to them.”

That being said, if you’re strictly looking for headphones for gaming, then the NTH 100 are probably a bit too pricey for what they offer. You can get much cheaper options, many of which come with a built-in mic and more of an in-your-face aesthetic, the NTH 100 are super comfy but don’t have a mic attachment or any sort of features made for especially for gaming and there are dozens of other options from companies who are solely focused on the gaming market. That being said, if you’re looking for something that performs well across gaming, work and podcasting then the NTH 100 are a great set of headphones.

While the NTH 100 does a lot of things right, they’ve got a frustrating fragility to them. In order to adjust the length of either side, you need to twist a locking mechanism into the open position and then push either up or down. The actual act of unlocking requires too much force, and I was worried that it was going to snap in the process. Also, there’s a neat looking curve just below the locking mechanism that gives the NTH 100 a visual edge, but also feels very snappable. In the two months that I’ve used them there have been multiple times that I accidentally bent them and while they haven’t snapped yet, or had any permanent damage, I definitely feel uneasy when adjusting them.

Overall though, the Rode NTH 100 is a great first foray into the headphone space for Rode. Its comfortable design and punchy sound performance, combined with its premium but fair price point make it a standout in its class. If you’re looking for a pair of headphones that will perform well across a variety of tasks then the NTH 100 is a can’t miss option.

The Rode NTH 100 is a great first foray into the headphone space for Rode.Its comfortable design and punchy sound performance, combined with its premium but fair price point make it a standout in its class
REVIEW SCORE
9
Buy Online
File Under: Headphones, NTH 100, Review, RODE