Rode has long been a go-to brand for microphones, and particularly microphones for field production. The exponential increase of content creators and those stepping up their equipment game from a cell Phone or go pro have created a greater demand for portable, quality sound. The Rode VideoMic Pro+ is here to meet that demand.

The shotgun mic comes built with a shoe mount to mount the mic directly to your DSLR or Mirrorless Camera. The mount itself comes with a threaded opening, so you can screw IT onto a mic arm or boom. The VideoMic comes with a detachable 3.5mm TRS cable to connect to the camera, a micro-USB cable, a fitted windsock and a lithium-ion battery.

The battery in the mic can be charged by plugging in the USB cable, but that is not your only source of power. It can be powered directly via USB and, in the absence of a place to plug it in, two AA batteries will fit in to power it for you. The battery door is also built into the mic, so there is no misplacing it while replacing batteries.

A great feature of the mic is that, when it is attached to the camera via the TRS cable, it will power on automatically when the camera powers on. This helps you avoid that embarrassing moment where you check your footage and see that you have forgotten to turn on the mic. It is worth noting that this won’t work if the battery is low as it is trying to save power.

Rode has offered a number of features that help you ensure the best quality Audio when you shoot as well. There is a two-stage high pass filter (75 and 150Hz) to reduce low frequency sound like an air conditioner or outdoor ambience. This will help clean up your audio and make you stand out from the surrounding sounds.

The three-stage gain control (-10, 0 and +20dB) gives you better control over the incoming audio to accommodate for whatever needs may arise. A high frequency boost is also available and will boost frequencies above 7kHz by 5dB for clear sound. Their documentation claims it is best used when using some sort of mic cover like a windsock.

My favourite feature for shooting on the go is the safety channel. This lowers the output of the right channel by 10dB, so if you come across a situation where the audio was loud to the point of clipping, you’d have a lower gain option to save the day. I found this happening while vlogging as I may end up speaking louder in some areas. You can easily match up the two audio channels to your preferred gain level in post.

Using the Rode VideoMic Pro+ for my videos has been a dream. It is such a nicer option than recording audio separately and syncing up in post-production and the quality is spectacular. My biggest challenges have not been related to the mic itself, but having to troubleshoot how I record my audio due to camera placement.

When I am sitting down to shoot a talking head, the camera is a bit further away from me (the subject) than I would like. I have the 20dB boost, but that can bring in some extra unwanted room noise. This is when you need to remove the mic front, the camera shoe and mount it closer.

“Using the Rode VideoMic Pro+ for my videos has been a dream.”

To do this, you will need a different TRS cable as the one provided is short by design, so there is not a lot of excess cable hanging off your camera when the Videomic Pro+ is mounted. Be sure to Monitor the audio on your camera as I have found that not all TRS cables are created equal. Rode sells a twenty-foot cable or a 10-foot extension.

For closer, Handheld vlog-style shooting, the mic is perfectly placed to get great sound. The subject stands out so clearly, its lightweight makes for no extra burden when carrying the camera and its several power options make it, so you are never left without a working microphone.

Also updated for the Pro+ is the addition of the aforementioned high frequency boost, a larger diaphragm and improved off-axis rejection (meaning the further from directly in front of the mic, the less it picks up).

When trying to find a flaw in the microphone, I came up short. It does exactly what it is designed to do exactly how it is designed to do it at an unmatched level of quality. To add to that, they put a number of features in place to protect your audio from variables that might wreck an entire shoot.

If you are a vlogger or if you produce any kind of video in the field, there are few options as good as the Rode VideoMic Pro+ and none of those options are nearly as affordable. 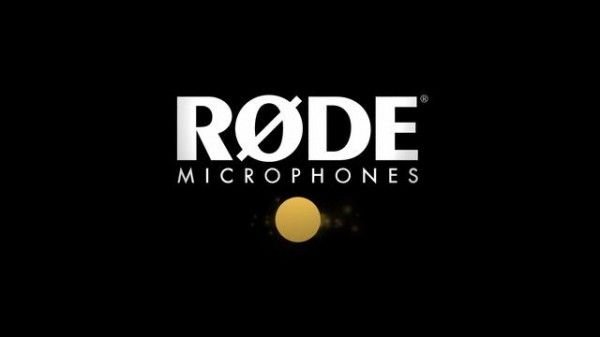