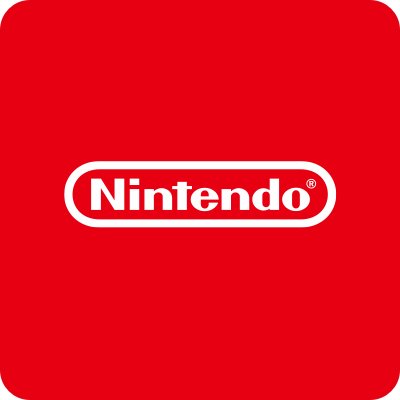 There are few companies that know how to capitalize on nostalgia like Nintendo. There are many that try, bringing back classic franchises or releasing throwback devices, yet none captures the cultural narrative quite as well as Nintendo has, first with last year’s popular and near impossible to find NES Classic, and now with this year’s SNES Classic.

This little nostalgia filled box houses some of the most iconic games from the SNES library, teleporting people back to a simpler time, where DLC did not exist and games worked by just pushing them into the console.

While the SNES Mini may be the hottest toy this holiday season, it is worth pointing out that it is very similar to many other plug-and-play game systems that have been clogging up retail chain shelves for the past 5 or so years. Nevertheless, the SNES Classic feels special, and its attention to detail and quality set it head and shoulders above rival systems trying to capitalize on the past.

The new SNES Classic is a stunning, yet mini, recreation of the classic SNES look, or Famicom look if you are in Europe and Japan. The buttons on the top of the unit work as expected, and the overall fit and finish of the $79.99 USD unit are astounding. From a distance, it looks amazingly close to the classic home console that I spent countless hours in front of. The only real difference is this one sits in the palm of your hand. The 21 pre-loaded games represent some of the most memorable and iconic games on the system. And while they may not have all the games I would have hoped for (looking at you Super Mario All-Stars and Chrono Trigger) they have enough of what people remember to make it a fun system to sit down and play this holiday.

The SNES Classic is a very tiny system: it is hard to get a sense of scale from pictures, but take it from me, and it is startling just how “mini” Nintendo has made everything. Measuring 5.25 x 4.25 x 1.5 inches, the SNES Classic is a fraction of the size of the original console. Nintendo, as mentioned before, has done a phenomenal job recreating the iconic system. From the buttons, the controller ports, to the overall look. Everything looks as you remember, only smaller.

While the SNES Classic maybe a smaller version of the original system, the controllers are not. They are virtually identical to what you remember from the original system. From the way they feel in your hand to the way the buttons push in, it all feels as if someone took care to recreate controllers that best work to capture that retro feel. Nintendo has also increased the length of the cable for the controllers. While it may not be as long as the original offering, the cable is notably longer than the ones for the controllers included with the NES Classic last year. Nintendo has also included two controllers in the box this time around, so for everyone looking to play multiplayer, everything is in the box to get you going, perfect for the holidays coming up.

On the software front, Nintendo has kept many of the same features as were seen on the NES Classic. The menu works as one would hope, giving you easy access to the selection of all 21 games (with Star Fox 2 being locked behind playing a segment of Star Fox). The interface has been updated slightly to fit a 16-bit aesthetic, making the overall feel of the package fit well with the SNES concept.

Much like the NES Classic, the SNES Classic carries over the easily suspend aspect, allowing you at any time to drop out of a game with a push of the reset button. If you want to save your game at this point, just hit down on the D-Pad and drop your game state into one of the four save slots allotted for every game. It is very intuitive, and once you play a few games on the system, this process quickly becomes second nature.

One issue that has carried over from the NES Classic is the lack of a reset from the controller. While this is only a minor nit-pick, in today’s modern gaming world, needing to get up to simply reset the game is a bit tedious. When you consider there are 21 games to play and the only way to jump out of a game into a new one is to reset, you will be getting off that couch a lot in the first few days you get the console.

New for the SNES Classic is a rewind feature. With so many games in the SNES library relying on split-second reflexes, the ability to rewind actual gameplay and playback a segment for up to a minute is a fantastic touch. Considering I am far less proficient at Castlevania than I remember, it was a lifesaver on numerous particularly hard segments.

Back with the SNES Classic are the selection of display modes you have on offer. The default is the 4:3 mode, as that is the truest to life look for the games, but you also have the option of using a CRT scan line mode, or a pixel-perfect mode that I found myself gravitating towards. As all the modes play the games the same way, it really is all down to personal preference.

The SNES Library was filled with a slew of titles that could eat up countless hours of your life, and a few titles that are pure action-based fun. It is good to see Nintendo take a selection from across the library, ensuring there will be enough for all styles of players.

While it was nearly impossible to play to completion all the games on offer, at least without having this review in significantly later than intended, we did take care to test all games and played numerous hours to ensure everything worked as intended. I am happy to report we noticed no bugs, and everything played correctly. The system did a great job recreating these classic games and displaying them on modern devices. From Contra to Super Mario World, everything played as you would hope, and is still a blast to enjoy.

The most notable game in the collection is clearly Star Fox 2, a previously unreleased game. It is a slight departure from the first instalment in the series (also included in the collection) but it was a welcome change of pace. The game experience can be finished in a few hours, but the creators clearly had replayability in mind with the ability to try and get more points on a second run. Sadly the SNES Classic is the only way to play Star Fox 2 at this point, and since they are in short supply, this is a bit disappointing; hopefully, Nintendo releases it on a virtual console sometime in the future, so more people can experience this hidden gem.

The SNES Classic is a fantastic device, and Nintendo has taken real care to make something you can enjoy for hours. With so many classic games on offer and some of the best replica SNES controllers I have ever used, there is enough value in the system to justify the price tag. While it does have a few issues, and I would personally have liked to see Chrono Trigger on the system, you can’t go wrong with the SNES Classic. That is, if you can find one.

Nintendo, with the SNES Classic, have crafted a must have holiday offering, worthy of the classic Super Nintendo branding.
REVIEW SCORE
9
File Under: Nintendo