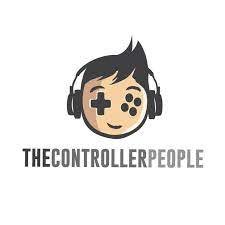 I am a huge fan of the Sony DualSense controller for the PS5. I think it is the best controller that Sony has made thus far, and should be the benchmark moving forward. For as long as I can remember, going all the back to the original PlayStation’s DualShock controller, I have loved PlayStation controllers. The symmetry of the analog sticks has been a contributing factor in my preference for PlayStation over Xbox over the years. So, getting to use the TCP Ultimate PS5 Controller was a task I was keen to take on.

One of my biggest worries when I would look at other pro-type controllers is that they would usually swap the left analog stick and the d-pad. I could never understand this as it made it more like an Xbox controller, which defeated the point of having a PlayStation (to me, anyways) controller. I am very happy to say that the TCP Ultimate does not make this same mistake, and leaves the d-pad and left analog stick where they belong.

Upon first inspection, the TCP Ultimate doesn’t have all that many things different, aesthetically speaking, from a DualSense PS5 controller. The biggest things are going to be the two mappable paddle buttons on the rear of the controller, where (likely) your middle and ring fingers will sit on both hands. These two buttons fall perfectly in the path of one of those two fingers and activate with ease. They aren’t massive or anything either, making them the perfect companion for your unused fingers.

These mappable rear buttons do not come pre-mapped to any button that I could discern, but thankfully the mapping process is very simple. To map a rear button on the TCP Ultimate controller to a button on the front of the controller, you simply need to hold both the rear button and the button you want to map it to for approximately 20 seconds. Now, there is no success indication or anything, so you may just need to do what I did and set a timer for 20 seconds on my phone and commence button holding. I ended up mapping the X button to the right rear button and the Square button to the left rear button, so a quick test of these once the mapping process was finished, and I was good to go in that regard.

“Upon first inspection, the TCP Ultimate doesn’t have all that many things different, aesthetically speaking, from a DualSense PS5 controller.”

The TCP Ultimate is, at its core, a DualSense PS5 controller with some additions and things swapped out. The best example of an addition would be the IAS (Interchangeable Analog System) for the analog sticks. It adds a bit of height to the analog sticks, not dissimilar to something you’d purchase from KontrolFreak, but built in to the analog stick. This allows you to swap out the thumbstick with a taller or shorter option, and you can mix-and-match any time you want.

I did find myself accidentally pulling a thumbstick off in the middle of gameplay a couple of times, as the thumbstick replacements aren’t secured in any way apart from fitting snugly together. It was at this point that I realized that I was moving the camera around in The Last of Us using the side of the thumbstick instead of the top, as intended. Once I made that muscle-memory change, all was good going forward.

The TCP Ultimate Controller has made a controversial change in my opinion, and that is to remove the adaptive triggers for something quicker and more akin to clicking a mouse. TCP calls them digital triggers, and they make it so that the L2 and R2 buttons don’t have to travel nearly as far to press them. This is absolutely perfect for games like Call of Duty or Battlefield, but for games that use that level of pressure of an adaptive trigger, you won’t get that same feeling.

In addition to the removal of the adaptive triggers, TCP say they have removed the rumble functionality as well. I can understand the reasoning behind this decision, which is to save weight and battery life. This is a decent feature if you aren’t all that invested in vibration. I play a fair amount of sports games like FIFA 23 and MLB The Show 22, and I never noticed the lack of vibration, so I guess it wasn’t as awful as I thought it might be. I definitely needed it for Uncharted and The Last of Us.

One of the best things about the TCP Ultimate is the independent d-pad buttons. All four of the directions of the regular d-pad are their own individual button, so the days of accidentally pressing left and down when you meant to press down are gone.

The TCP Ultimate PS5 Controller comes in 6 different colour options: white (which I received), black, red, pink, purple, and cyan. I love the white colour as I am big fan of symmetry, and the white matches my console. However, if I had to choose an absolute favourite…the cyan wouldn’t be a bad option for my daily driver.

“One of the best things about the TCP Ultimate is the independent d-pad buttons.”

I wanted to touch on the actual physical feel of the TCP Ultimate Controller. Apart from the rear buttons and the thumbsticks, there is another subtle difference between the TCP Ultimate and a regular DualSense controller, and that is the back of the handle grips. TCP has incorporated a high-grade grip that promotes dry hands, allowing you to keep your grip on the controller better. A welcome addition, if you ask me, since I have definitely experienced hands that weren’t the driest they’ve ever been holding a controller (Elden Ring, I am looking at you).

It’s not all sunshine and roses with the TCP Ultimate Controller, however, as there are a couple of things that I didn’t know I needed until they were taken away. The most egregious of which is the controller’s inability to be used in tandem with a controller charging stand. I use the HyperX ChargePlay Duo to charge my red and my regular white DualSense controllers, but since the TCP Ultimate Controller has the rear buttons, it does not fit on the charging stand! This is a moot point if you don’t use a charging stand, but shelf space is at a premium in my gaming setup, so having another controller taking up extra space is less than ideal.

The other issue I had with the TCP Ultimate was the mappable rear buttons functionality. They aren’t recognized as independent buttons in whatever game you may be playing. By this, I mean that you aren’t able to go into the controller settings in your game and map a function to those buttons. They will only mirror the function of whatever button you map them to. Mapping the rear buttons comes with a caveat, in that you can only map the buttons on the front of the controller, i.e. the d-pad, the X, Square, Circle, and Triangle Buttons, as well as L3 and R3. L1 & R1 and L2 & R2 are not able to be mapped to the rear buttons.

With those two complaints in mind, we come to the price of such a controller. TCP have put the TCP Ultimate at a price point of $216.44 USD, which I think might be a little on the higher side, but since Sony has yet to release the price point for their DualSense Edge controller, we’ll have to wait and see if it’s comparable.

All-in-all, I am very happy with the TCP Ultimate PS5 Controller. I like the feel, and I like the rear buttons. The positives of the controller far outweigh the negatives, and they aren’t even negatives, just my personal preferences and because of that, I can confidently recommend the TCP Ultimate as an addition to your gaming essentials.