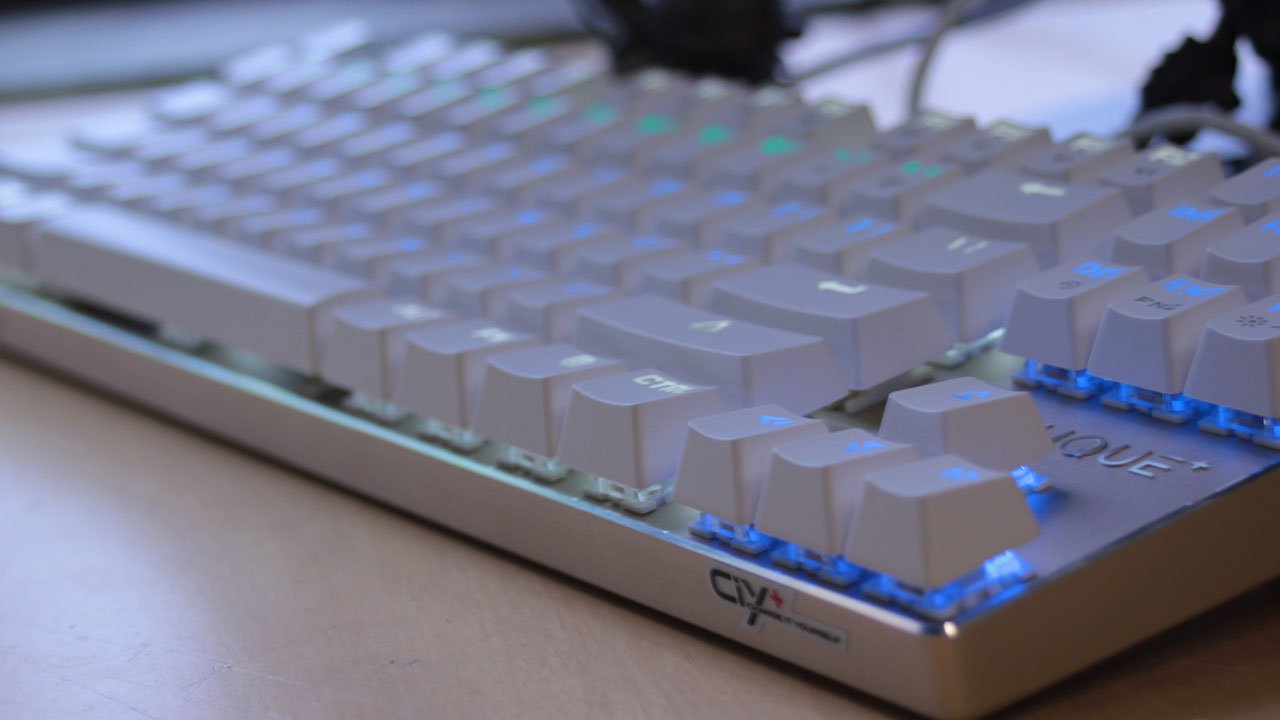 I have a confession to make: I don’t like mechanical keyboards. I also don’t like keyboards with full, profiled key caps. I find mechanical switches to have too much dead travel to them before they actuate, and full caps to have too much play—they wobble about too much. As a result, I’ve always stuck with membrane keys, and I’ve been using laptop-style Razer keyboards for the last ten years. You can’t jam keys if they have no travel. The fact that they actuate quicker is also an added perk when it comes to gaming.

A few years ago, when I saw the first of the new generation of mechanical keyboards hit the market, I assumed it was a silly novelty. But here we are, several years later, and not only are they still a thing, but all the biggest names in the business are making mechanical gaming keyboards. It’s such a thing that most companies have had to start making their own version of the highly sought after Cherry MX switches, as there’s now a shortage of supply. So too is the case when it comes to Team Wolf and the Change It Yourself switches their new Zhuque+ keyboard.

If you haven’t heard of Team Wolf before, don’t feel bad; I hadn’t either. This is the first of their products I’ve come across. They’re certainly no stranger to the business, though. Their website boasts quite a lineup of both keyboards and mice, albeit mostly in Chinese and some broken English. I’m old enough to remember a time when that would have been it—all it took to know that this break-in product into an American market would be some cut-corner attempt to establish a foothold. This, though… the Zhuque screams quality. From the faintly rose gold anodized, brushed metal body, to the bevelled profiling around the edges, to the use of exposed exterior bolts on the face, its design is simply inspired. And while I’m of the opinion that white key are a bit two-thousand-and-late, even the custom shaping of the letters on them is a thing of beauty. Paired with the backlighting that can be changed from several pre-set patterns and modes or customized altogether, the Zhuque is stunning to behold.

As for the switches, you’ll find a full complement of blues underneath—even under the space bar, which I found a bit odd. And while they’re a custom, in-house job, they’re also totally indistinguishable from Cherry blues, irritating (or satisfying, if you’re so inclined) clicky noise and all. In the box, however, is a sample pack of the four types of switches available for the Zhuque. Red, Brown, Blue, and Black. And again, they’re functionally identical to Cherry switches, so anyone with experience will know what they’re choosing between. Red and Black being linear actuated keys of light and medium springs appropriately, Brown being tactile “bump” switches without a click, and Blue being tactile with a click that will piss off everyone around you. Oh joy.

Interestingly, for a keyboard with replaceable switches, the Zhuque allows for off-brand switches to be installed, so you could presumably order yourself a heavier set of Cherry Greens, or the still heavy but less noisy Whites. Whichever you choose, though, you’ll probably lose the lighting in the keyboard, as Zhuque has rather cleverly built their LEDs into the interior of their switches, rather than the exterior. And there’s also a notice in the fold-out instructions mentioning that there are a couple different industry standards for the gauge of connectors for switches, and while jamming switches with fatter connectors in will work, it’s a bit of a one-way street, as it permanently deforms the connection on the keyboard’s end. That’s understandable, though, and it’s nice to be warned.

While it’s easy to convey all the ways in which the Zhuque is clever or user friendly, it’s difficult to explain just how much of a quality product it feels like. I hate Apple products. I hate them with a zealous fervour. But something I’ve never been able to deny is that when touching one, or using one, on the outside at least, they just feel like they’re well put together; there’s a real sense of quality. The same goes for the Zhuque. It may be very small—it’s clearly designed for portability, what with the lack of number pad or wrist wrest—but it’s beautifully put together. And while that all-metal exterior adds an awful lot of weight for such a small piece of kit, it also makes it feel more robust and somehow more special.

I’d be lying if I said that the Zhuque was an ideal keyboard—it’s not. The white keys are ghastly, and it’s quite tall in stature, which compounds the problem of not having a wrist wrest while also sporting long-actuating mechanical switches. I don’t exactly have small hands and yet I’m constantly on the verge of depressing the bottom row of keys while at rest. The Function row is also cramped right down against the Number row to save space. But critically, none of that spoils the experience. Sure, I’ve had to learn how to type all over again, as I’m constantly making mistakes now that I’ve gone back to mechanical switches, and it’s certainly not ideal for quick double-tapping of keys because of how Blue switches have the click point below the actuation point, but it’s a beautiful piece of design, it’s wonderfully put together, and it’s admittedly very satisfying to use. Most of all, it makes me excited to try out some of the other Team Wolf line of hardware.

This keyboard was supplied by Banggood.com.

It may not be perfect, but it is special, and sometimes, that’s worth more than perfection.