Buds On A Budget 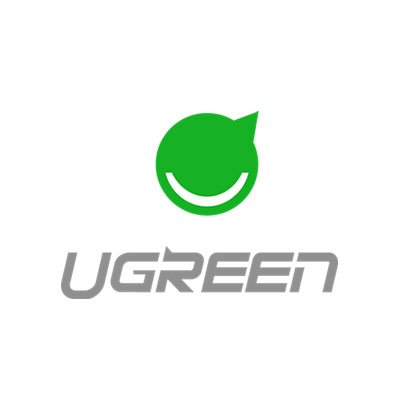 A wave has taken the music world by storm, a wave filled with an abundance of high-quality wireless Bluetooth enabled ear buds, and unlike the huge Beats by Dr. Dre wave of the late 2000s, the market is saturated with a plethora of different brands and features to keep consumers needs met. Introducing the UGREEN HiTune X6 Hybrid Earbuds, buds that meet an everyday budget, with solid sound to boot.

Connecting the Earbuds is an easy task, simply turning it on and locating them via a smartphone Bluetooth menu is sufficient to connect the “UGREEN HiTune X6” from the device menu, and it works seamlessly. This is fantastic for those that prefer to skip a lengthy setup, just turn it on and go. The singular button on the buds charging case resets the Bluetooth connection, so if device pairing doesn’t read right away, that button is your best friend. It’s worth noting the buds come equipped with Bluetooth version 5.1, so older devices are compatible with the set.

The HiTune X6 are stylish to look at, and they weigh basically nothing. A simple grey/black design greets the user, both the earbuds and the charging case match this colourway. After unboxing, the base setup has the earbuds outfitted with the medium sized ear tips, and the box comes with many sizes for maximum accessibility. A small charging cable comes with the setup, and thankfully, it is a USB-C cable, for ease of adaptability for the charging case. Even most phone chargers are usable, making this set buds with most other devices. The UGREEN HiTune X6 doesn’t come with a charging adapter plug for the wall, as is the case with most other devices lately, but it’s notable for those who expect it to.

The most notable complaint I have had while using the UGREEN HiTune X6, is that the headphones are billed as ‘Active Noise Cancelling.’ This doesn’t feel like the case, as everything seems to drill through the noise-cancelling function of the device. This is okay for being aware of your surroundings, but even with the setting enabled, which simply takes a press on either earbud for a second to switch it on/off, there is no notable difference in noise reduction that I noticed, which is a shame. You could simply put the music at full volume to ignore your surroundings, but that kind of defeats the purpose of cancelling noise.

On the other hand, music sounds exactly as it should out of the small speakers. There’s nothing flashy going on, no equalizer sliders that other devices have, it’s just plain wireless earbuds and that’s exactly what they need to be. The sound is solid from the earbuds when listening to music, but, when listening to the Metallica Ride the Lightning Album in base version, and the remastered version, it’s difficult to tell the difference on which is being played.

This may be a nitpicky point for pure audiophiles, as certain differences in the versions aren’t noticeable. It’s also worth mentioning that Ultra HD versions of songs sound exactly as they should, Lamb of God’s Ashes of the Wake sounds incredible in its new HD 360 15th anniversary release, quality sound from a speaker at your fingertips.

The battery power is almost exactly as promoted. The earbuds last about 5-hours on a single charge, and the charging case keeps them alive for a 24-hour period without stopping for a plug-in session. The earbuds can also connect to my device from the second floor, all the way to the first floor without interruption. This is great, considering the lightweight nature of the device made me forget they were even in my ears, this is surely comfortable by design.

There are some gripes I have had with the earbuds. While taking them on a treadmill, they constantly fell out. This can shorten the lifespan of your buds, with constant blunt force trauma occurring for the more active listener. This is surely a me-problem though, considering the earbuds aren’t said to be ‘sweat resistant’ or ‘active’ in nature. There are a multitude of functions the headphones have, involving lightly pressing on them. Answering a call and ending a call is done in the same fashion, by ‘single-tapping’ either headphone.

I have ended conversations in bad spots multiple times due to adjusting the headphone in my ear. Declining a call is done similarly, by pressing and holding for ‘2 seconds,’ which is an odd design choice. Maybe pressing both at once could have been the fix here, I accidentally declined many calls this way. Too many functions are programmed into tapping or holding an earbud without buttons, which can lead to interesting three-way phone calls, or declining phone calls. Altogether, I have stopped using the touch functions, but without a method of completely turning them off, it’s kind of impossible to avoid. Otherwise, using these buds for phone calls is well done, just avoid touching your ears while in the middle of conversations with depth.

The UGREEN HiTune X6 are a solid earbud set, with solid music quality, solid call quality, and comfortable design to keep any person just ‘looking for headphones’ completely satisfied. But the advanced controls allow for some awkward happenings to occur, with no method of deactivating the touch controls. The UGREEN HiTune X6 is a good pair of earbuds at an affordable price, just don’t expect the greatest audio quality, and beware of unavoidable touch controls.

The UGREEN HiTune X6 are easily recommendable at their affordable price point, and their lightweight design makes them comfortable, a bud for the casual user.
REVIEW SCORE
7.5
Buy On Amazon
File Under: earbuds, HiTune X6 Hybrid Active, Noise Cancelling, UGreen