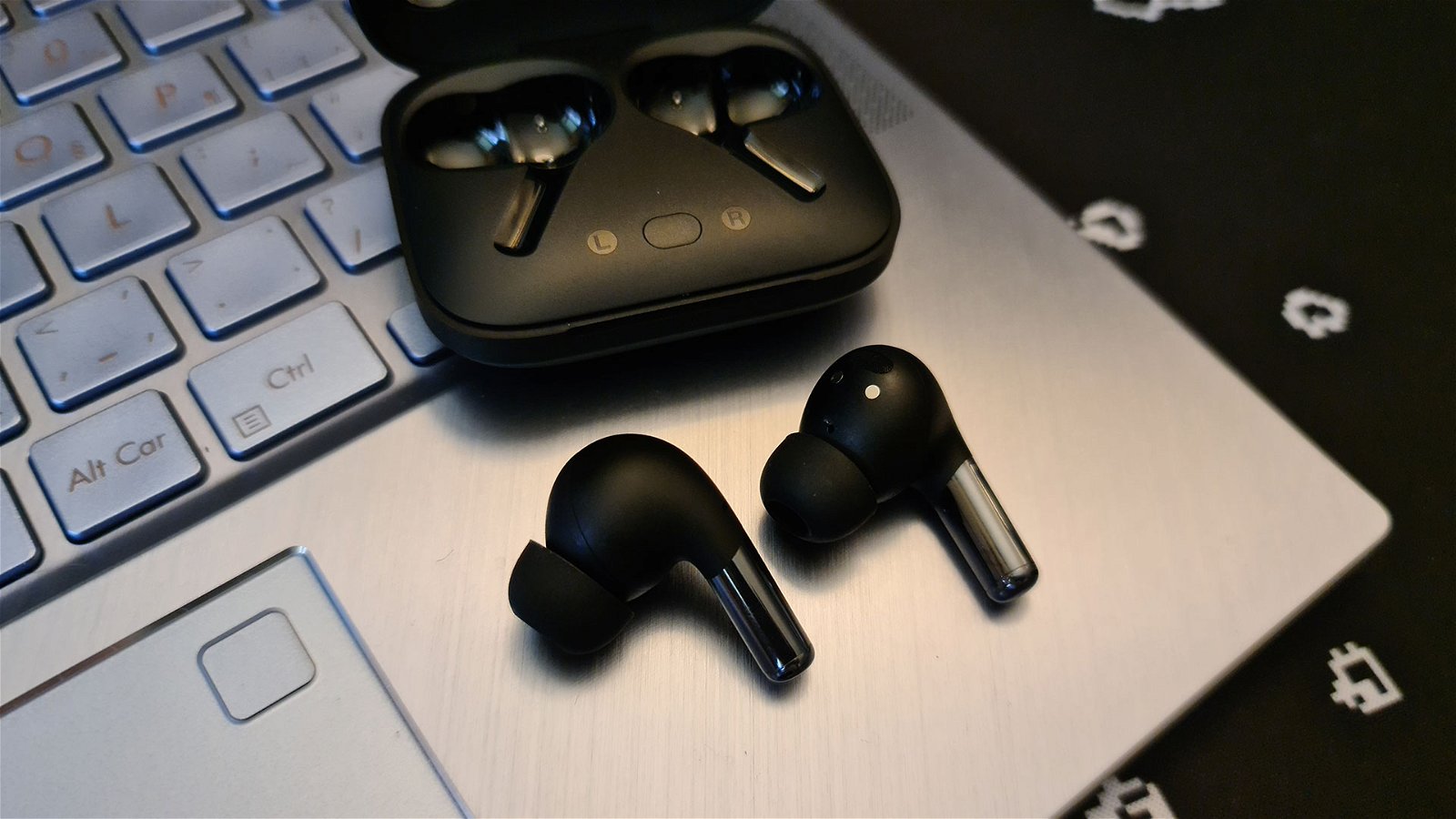 It’s always been hard for me to find earbuds that fit, stay in the ear, and sound good. I can typically find 2 out of those three things, but finding the lot is rare indeed. I’ve tried a fair few sets of earbuds, including the JBL Endurance Peak II that I reviewed a couple of months ago, and have found that these two (The JBL’s and these OnePlus Buds Pro) are the only ones, so far, that meet all three criteria.

Once I got my hands on the OnePlus Buds Pro, I was keen to try them out because I have seen earbuds like them before and not had the best experience. I could not have been more wrong about these, however. From sound quality to battery life, it was very difficult to find fault with the earbuds.

We’ve got to start somewhere, so let’s begin with sound quality. There is so much balance in the sound that these tiny little things put out, I never felt overwhelmed by any particular aspect of what I happened to be listening to (it was a mixture of Shinedown, Metallica, Eminem, and My Chemical Romance…. I know, don’t ask). It wasn’t until I had the volume up about as near to full as I dared go before, I heard any kind of distortion, and to be honest, I want to hear a tiny bit of distortion when listening to some hard rock.

Staying on sound quality, just to see what the bass would be like, I decided to put on some Tech N9ne. Believe me when I tell you that this was the right idea. At no point did the sound get taken over by the amount of bass. It was still prominent, but it never took over completely, and this is a testament to the quality of the hardware on display. I could still hear every aspect of the music whilst being blown away by the power of the bass.

The battery life is where I was most impressed by the Buds Pro. I’d had them for a couple of weeks at the time of writing and had not used them in about 10-12 days after fully charging them. When I put them back in after that amount of time, they still had a full battery charge. I managed to get the battery life down to around 20% after about 30-33 hours of listening, which to me, is an amazing return on battery power.

“OnePlus says that the Buds Pro will get around 38 hours of battery life, and depending on how you’re using them, I can absolutely attest to the accuracy of that.”

OnePlus says that the Buds Pro will get around 38 hours of battery life, and depending on how you’re using them, I can absolutely attest to the accuracy of that. Add that to the fact that you can get 10 hours of battery life from a quick 10-minute charge, and you’ll almost never have to go without the Buds Pro. I should quickly mention that while OnePlus do say that the Buds Pro will get 10 hours battery life from a 10-minute charge, they do stipulate that the charging case needs to have been on the charger for at least two hours prior to delivering the charge in question.

I can’t believe I’m talking so much about charging, but the Buds Pro have a lot to go over. In addition to everything I already said, the Buds Pro also feature Qi charging! The Buds Pro do require a Qi-certified wireless charger, but that’s to be expected.

One of my favourite things about the OnePlus Buds Pro is the simplistic design. They come in two colours: black and white, which, to me, is all you need. I like the black colour because it’s understated and matches the colour of my phone and phone case (matching colours is important to me). There are no etchings or marking on the earbuds themselves, except for the tiny charging points on either earbud. The stalk is a very nice muted metallic dark grey colour and goes nicely on both black and white colours.

Going further on the design, the charging case is designed in much the same way. The left and right earbud indicators are on the inside of the charging case, as well as the pairing button. Aside from the etching of OnePlus on the outside of the lid, there are no other markings anywhere. I’ve always been a fan of simple elegance and the Buds Pro have this in spades.

If you happen to be using a OnePlus phone, then pairing to the phone is as simple as opening the charging case next to the phone. I do not have a OnePlus phone, so I had to pair to my Pixel 4a the old-fashioned way, by holding the set-up button on the charging case for 10 seconds and looking for the device in my Bluetooth settings on the phone. All in all, it took me less than a minute to pair them to my phone and I was on my way.

OnePlus has an app for those, like me, without a OnePlus phone called HeyMelody. The app gives you access to battery life, gives you firmware updates, and much more. They also use a feature called Zen Mode Air, which provides the user with five different kinds of white noise options. The idea there is to help reduce stress and help you focus on your tasks.

Like most other earbuds and headphones, the Buds Pro do offer some sort of water and sweat resistance. They are rated IP55 for sweat and water resistance, which basically means that they aren’t fully dust or waterproof. This is the only thing that I think is a detracting element for me with the Buds Pro. A more comprehensive water and dust resistance would make these the perfect earbuds for me.

The OnePlus Buds Pro feature Hybrid Active Noise Cancelling (ANC), which adapts to your environment to give you the most appropriate level of noise cancelling, so you can be at home listening to music at one level, and at the local café at a totally different level of noise cancelling. Now, the ANC will affect your battery life, but that’s to be expected. OnePlus say that with ANC on, the battery life reduces to roughly 28 hours with the volume at 50%. That’s still a pretty darn good battery life and can easily last multiple days.

“The OnePlus Buds Pro are an incredible pair of earbuds…”

There was one thing that put me off, when it comes to the OnePlus Buds Pro: the price. They are $199.99. While I do believe they are worth every penny, I think that they could be priced a little more competitively. I know price isn’t always supposed to be the biggest factor in whether a purchase is made, but it always seems to come to the forefront. I would happily pay the full retail price for the Buds Pro, but I’d have to have a long think about it.

All-in-all, the OnePlus Buds Pro are an incredible pair of earbuds and you’d be hard pressed to find a different set that sound as good as these without considerably breaking the bank. The sound quality and battery life are amazing features that have completely sold me. Add to that, the three different sized ear-tips that come inn the box and there’s a fit for everyone.

The OnePlus Buds Pro are easily the best earbuds I’ve ever used, bar none. Not much more needs to be said than that. The only thing I would change is the price.