A Pretty Pair for a Pretty Penny 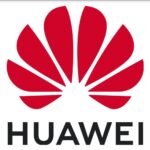 When the HUAWEI FreeBuds Lipstick earbuds were launched, I found myself a little annoyed at the concept. It felt like a hollow gesture to bring femininity to their technology, like adding a little make-up to make it more appealing to the eye. But then, only minutes later, I wanted them, and I stand by that statement now. They look good, they feel good, and they perform well. What more could I want?

Right out of the box, the HUAWEI FreeBuds Lipstick earbuds look luxurious and expensive—which they are, at $348.99. Everything from the box to the casing, to the buds themselves is detailed and sleek. The black and gold finish of the stainless-steel, reflective case contrasts with the bright red “lipstick” that the FreeBuds make up. They definitely stand out among other earbud brands. It does, however, mark easily, so be ready for some fingerprints.

“Right out of the box, the HUAWEI FreeBuds Lipstick earbuds look luxurious and expensive…”

They look great, but how do they sound? Pretty damn good. The FreeBuds Lipstick earbuds feature a frequency range of up to 40kHz, allowing you to hear a wide range of sound in your music or media. They perform surprisingly well with bass-filled songs, more so than I thought an earbud could. The HUAWEI FreeBuds Lipstick features Noise Cancelling at two settings, one for louder spaces and one for minimal noise, both of which are very effective, properly drowning out all other sounds while I work.

I used the AI Life app with the earbuds, and the options within the app are very helpful. My favourite is probably Find My Earphones—I lose earbuds faster than anyone should. Within the app, you can see each individual bud’s battery life, as well as the life of the case itself. You can also find or edit which devices your FreeBuds are connected to.

Editing Gestures and turning on Clearer Voices is done here as well, though I didn’t notice much of a difference with that. Turning it on or off while watching videos or during a call, I never heard a noticeable change in sound or voices. Phone calls came through well on the buds, and my voice was clear on the other end, with little ambient noise noticed from my friends.

The Gestures on the HUAWEI FreeBuds Lipstick are simple but plentiful. For the first few days, I was really struggling with stopping and starting songs and answering calls, simple taps weren’t connecting for me, to the point where I was frustrated. There is a bit of a learning curve here though, and once I found the sweet spot, it became almost second nature to control the buds. What I especially loved was that you can change what each function does according to what is most comfortable for you.

My only real concern with the HUAWEI FreeBuds Lipstick is its battery life. Though the case carries up to 22 hours of power (14 if ANC is on), the buds themselves only carry 4 hours (2.5 with ANC on). For a device priced this high, I expect them to be able to make it through my workday at least, and these barely make it to lunch. HUAWEI compensates by using fast charging to power them up quickly, but I don’t think that should be an issue in the first place.

Battery life aside, the HUAWEI FreeBuds Lipstick are as impressive to use as they are to look at. With premium style and features, these earbuds exceed the needs of most, so long as you can get on board with the cost, these are the buds you are looking for.