A Uplifting Breath of Fresh Air 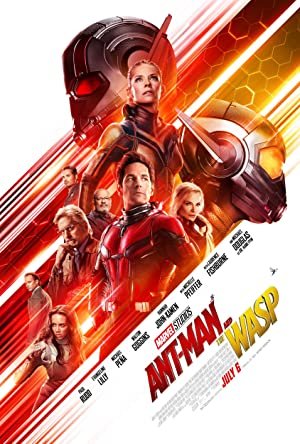 There has been a trend in superhero movies of pushing the limit on how dark and brooding they can be. Movies like Justice League and even the latest Avengers film present a world where superheroes need to be serious as the fate of the world hangs in the balance.

While this has a time and place, a bit of brevity is sometimes a welcome change. It is with this mindset that I sat down to watch Ant-Man and the Wasp, and it was a breath of fresh air for the genre.

Peyton Reed (Down with Love, Bring It On) returns to the director’s chair and knocks it out of the park this time around. The first Ant-Man film, while fun, lacked the cohesion that makes much of the Marvel universe enjoyable to sit through. While it was by no means bad, it could not live up to other movies from the studio, and ultimately felt forgettable, beyond the character of Ant-Man himself. This time around the tone, dialogue, and overall feel carries you through to the credits, and while the movie is nearly two hours long, it whips by at a comfortable and brisk pace.

From silly gags like giant Hello Kitty Pez dispensers to witty family-friendly wordplay, Ant-Man and the Wasp is a comedy first and an action film second. Taking place after the events of Civil War, Scott Lang (played by Paul Rudd) is now under house arrest. He is trying to put his life back together, focusing on being a father and starting his new security business and leaving the hero business behind him.

The crux of the story centers around Dr. Hank Pym (Michael Douglas) trying to rescue his wife, Janet van Dyne (Michelle Pfeiffer), from the Quantum Realm where she has been trapped for the past 30 years. With daughter Hope van Dyne (Evangeline Lilly), a.k.a. The Wasp, they hope to enlist Scott Lang to make the rescue a reality.

Along the way, they must face off against Ghost (Hannah John-Kamen) a SHIELD trained assassin looking to access the quantum realm for her own needs, and Sonny Burch, a black-market tech dealer, played by Walton Goggin. The story of Ant-Man and the Wasp gives some time to enjoy the characters and their struggles without the fear everything will end at a moment’s notice. This leaves plenty of room for characters to grow, change, and adapt naturally.

While the stakes may not be as earth shattering this time around, there is plenty of room for action, with some fantastic set piece moments that place the ability to change size as the focus of the action. Ant-Man and the Wasp manages to be action, human and heart, moving between these elements with ease and style. Reed has locked on to what makes the character so fun to watch and ran with it.

Despite fantastic performances by all members of the cast, Evangeline Lilly steals the show in her role as Hope van Dyne. In every scene, she exudes confidence in her role as the Wasp. Where Scott Lang manages to fall into his role as Ant-Man, Hope van Dyne lives the character, effortlessly changing scale in some of the most kinetic fights seen in the MCU to date.

Enough can’t be said about the supporting cast. Randall Park knocks it out of the park as a bumbling FBI agent that acts as Scott Lang as he is under house arrest. Michael Peña also makes a comeback, reprising his role as Luis, Lang’s ex-cellmate, now business partner and manages some of the funniest segments of the full experience, notably a segment that has him under the influence of truth serum.

Even the character of Ghost is given time to breathe and rise above the two-dimensional villain she so easily could have been in less capable hands. Her backstory is heartbreaking and surprisingly dark considering the tone of the rest of the film. That being said, it all works in painting a picture of a woman with no other option, pushed to her limit by SHIELD and doing the only thing she knows to achieve her end goals of survival.

There are many things to enjoy about Ant-Man and the Wasp. It is a fun and energetic film that pushes past the bleak nature of superhero flicks and makes something fun for the whole family to enjoy. Every moment of the film exudes personality, and although it may not be the deepest movie in the Marvel stable of films, it is one of the most fun.

Ant-Man and the Wasp offers a breath of fresh air to anyone wanting an uplifting break after watching Avengers: Infinity War.
REVIEW SCORE
9
File Under: Marvel