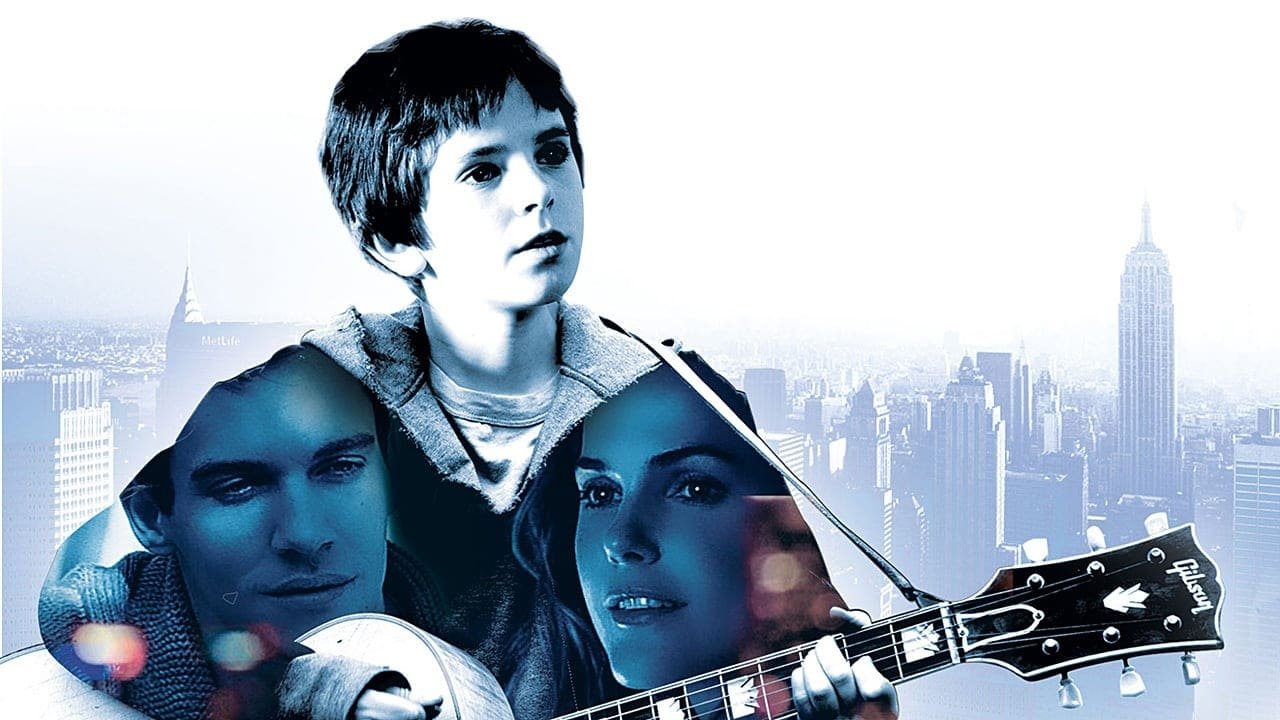 Now, for anyone who’s never seen or read Oliver Twist there’s August Rush, where little Oliver is actually a music prodigy named Evan who one day runs away from his orphanage to find his parents in the big city and have all sorts of wacky adventures. He even has a Fagan, a delightfully creepy, manic depressive man with mutton chops and a soul patch who philosophizes about the nature of music and its place in the universe. You can’t see right now, but I’m making a “gag me” face.

Yes, August Rush is unabashedly sentimental. It’s a feel good, chicken soup of a movie that works its magic even if you’re half a Grinch. (Yes, even me.) But it can’t be denied that this is an obvious and gushy film where happily ever afters happen as easily as five car pile-ups on the 401 on a snowy day. Also, I don’t know all there is to know about music, but I’m somewhat unconvinced of its Harry Potter-like magical abilities to help us solve our Earthly struggles.

Just don’t tell Evan (Freddie Highmore) that, he hears music everywhere, even in the electrical wires, which tell him to walk away from the orphanage in the dead of night. He arrives in New York City and runs into Wizard, a former street musician that now runs a whole crew of child labour musicians. Obviously with Evan’s musical ability, Wizard sees a gold mine and rechristens the kid “August Rush”.

Through flashbacks we learn that Evan’s parents were a debutant cello player with Julliard named Lyla (Keri Russell) and a soulful Irish rocker named Louis (Jonathan Rhys Meyers). They were star-crossed lovers torn apart when Lyla’s overprotective father (William Sadler) forbids her from seeing Louis, but not before she gets pregnant. Several years later, during a deathbed confession, dear old dad reveals that he used the injuries Lyla suffered in a car accident to fake a miscarriage and spirit her son into foster care.

Now this is deep stuff assuming that you’ve never seen a Disney movie, or in fact any movie, ever. It’s full of many pleasant little contrivances, like how an 11-year-old boy can wander the streets of Manhattan for hours and nothing bad ever possibly happens to him. Then there’s the way everybody starts looking for each other at the exact same time; dad’s death coincides with Louis desire to find the woman he loved more than all others, which is the exact same time that Evan performs his little Hail Mary to the big city. And then the way that Louis finds Lyla again: a Google search? Jeez buddy, what was holding you back? Carpal Tunnel Syndrome? Arthritis? Bonus Eruptus?

To be fair, I did find the performers engaging. I thought that Russell was really good and low key as the frantic mother and she played really well against Terrance Howard as a sympathetic social worker. Freddie Highmore, although being at times a little creepy, also does a good job of portraying Evans longing and search for not just spiritual fulfilment in finding his parents, but also looking for artistic fulfilment along the way even though he didn’t know that he was supposed to be looking for it. Robin Williams is impressive for his restraint, but there was something about his character that really disturbed by, although apparently benign, his character felt out of place and something more attune with perhaps the New York of Law & Order: SVU.

Some of the praise I’ve heard about August Rush calls it a “modern fairy tale.” I certainly can’t say that I disagree, but maybe that’s part of the problem: is it or isn’t it some kind of modern fairy tale? Because if it is, it’s a little too real for a simple fable and if it is not that it’s far to whimsical to be believed straight up. Maybe I wasn’t in the right head space to watch this movie, I don’t know. What I do know is that the ending, without giving too much away, left a little bit wanting and that’s not a good thing for any movie to leave the most satisfying bits out of frame by the time the credits roll.

Some of the praise I’ve heard about August Rush calls it a “modern fairy tale.” 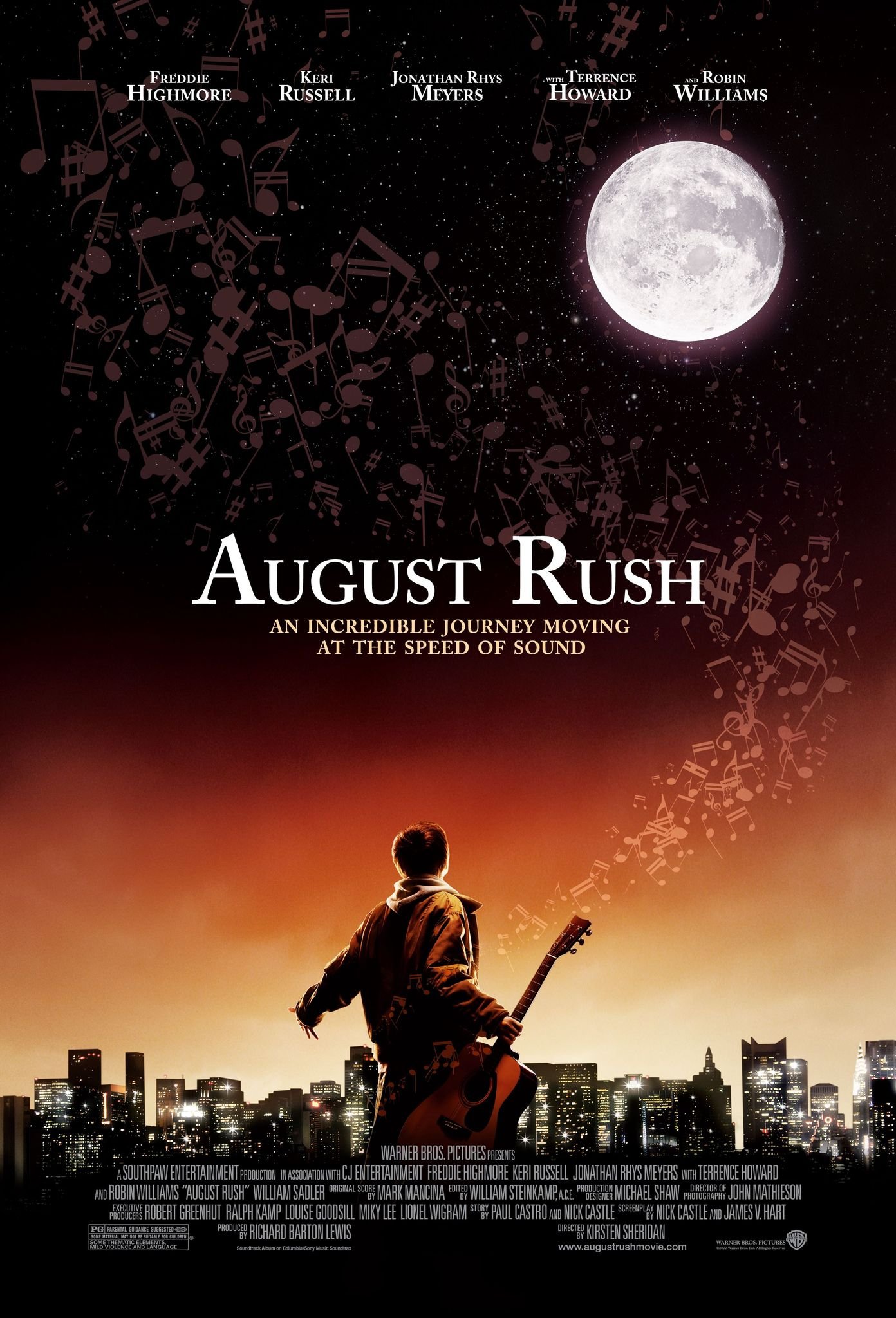