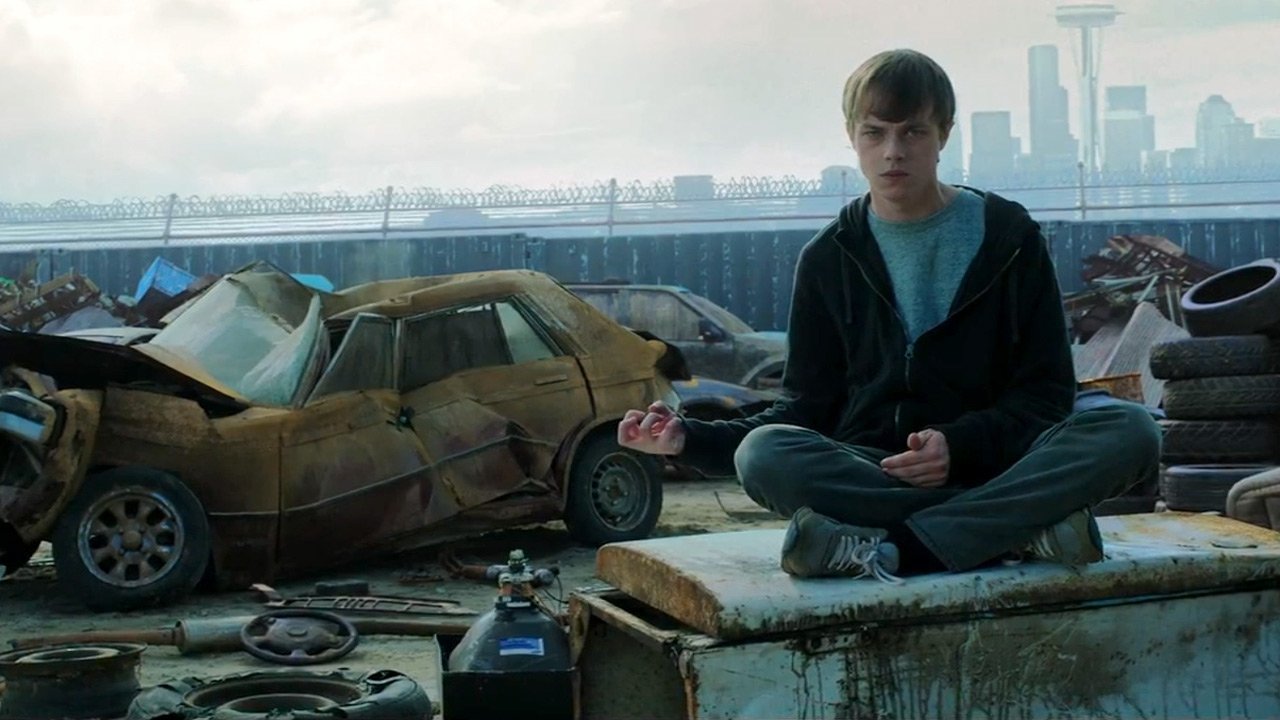 At a time when it seems impossible to expect a small, creative, and surprising movie to be spat out of the Hollywood machine, we’ve been given a surprising gift with Chronicle. The film takes two of the most overused conceits to come out of Hollywood in recent years (found footage horror and superhero shinanegins) to create a genre mash up that’s feels genuinely thrilling and fresh.

Delivered by first time director Josh Tank and screenwriter Max Landis (yes, the son of John Blues Brothers and An American Werewolf In London Landis) Chronicle is a genre movie that the geek community needs to step up and embrace. Though far from perfect, it’s filled with enough interesting ideas, strong performances, and impressive set pieces to make you jump up and take notice. The marketing department has wisely managed to hold back on the film’s secrets, but hopefully not too much. I can’t imagine many people will even know what Chronicle is when debuts on screens this weekend, but hopefully a large appreciative audience finds it. The movie and the filmmakers deserve any and all success they’ve got coming.

Like so many found-footage flicks, the movie opens with sad teen named Andrew (Dane DeHaan) deciding to document his increasingly deteriorating life (don’t worry the tired “generation obsessively documenting their lives” concept is quickly dropped). Bummed out by a mother suffering from a terminal illness and an alcoholic father, Andrew is a high school reject with little to live for. His cousin Matt (Alex Russell) is determined to help bust Andrew out of his shell and invites him to a party, but the sad sack just brings his camera along and ends up alienating everyone other than the perpetual blogger Casey (Ashley Hinshaw). But, Matt and his class president buddy Steve (Michael B. Jordon) force Andrew to help them investigate a strange hole in the ground with some mysterious crystal inside that gives them all nosebleeds. The next day those nosebleeds turn into weird psychic powers that the trio of teens slowly build up like muscles. At first they’re only able to lift balls and Legos, but soon they’re even able to make themselves fly. They use the skills for pranks, talent, shows and getting laid, but eventually they become too powerful and with Andrew forever teetering on the brink of depression and rage, the guy is clearly going to snap like Carrie. That turns him into a supervillain of sorts, leading to a pretty goddamn spectacular superpowered fist fight that lays waste to chunks of Seattle and is cleverly filmed entirely though security cameras, cells phones, news footage, and other on-the-street sources.

The narrative might sound a little pat, but Tank and Landis have a way of making old seem new. The characters feel like actual teens rather than Hollywood stereotypes and the way the initially use their powers is cleverly naturalistic. These guys aren’t trying to save world, but just amuse themselves during lazy high school afternoons. They pull Jackass-style pranks, like moving a woman’s car from where she parked it, making stuffed animals dance for children at toy stores, or throwing baseballs at each other’s faces while trying to catch it with their minds. Tank stages some incredible found footage sequences like one in which the boys are almost killed by a passing plane when they first learn to fly and the fresh home video perspective gives an immediacy to the CGI spectacle that makes it far more visceral than most blockbusters. And for those viewers who despise the nauseating shakeycam approach of such movies, solace can be taken in the ingenious device that once Andrew masters his psychic powers, he starts filming with a floating psychic camera allowing for smooth camerawork and impressive shots not normally possible in this genre. It’s the kind of smart shift of convention that make the film as a whole so impressive.

The filmmakers wisely cast unknowns because this isn’t the type of movie that would benefit from star power and would actually be a distraction amidst the camcorder realism. The young actors are all excellent (particularly the angsty Dane DeHaan) playing the drama, action, fantasy, and comedy scenes equally well. Now, I don’t want to pretend that Trank and Landis executed Chronicle perfectly, because that’s not the case. The found footage cliche of characters endlessly saying they “have to keep filming” rears it’s ugly head, Andrew’s abusive father is a cartoon character, and the climax—though incredible—stretches the found footage conceit a little too far at time and features a pretty irritating expositional scene where the hero and villain needlessly let each other know which side of the moral spectrum they’re on. It’s not quite the all time classic genre mashup it could have been, but particularly for first-time filmmakers Trank and Landis get so damn close that it’s hard to complain.

In a perfect world, creative low-budget genre movies like this would get a studio greenlight every month. Sadly, that doesn’t happen and hidden gems like Chronicle rarely make it out of the studio system in tact. Audiences who complain about the endless repetition of the Hollywood genre treadmill need to take notice of Chronicle and embrace it. We could use more movies like this and young filmmakers like Trank and Landis should get the opportunity to strut their stuff in Hollywood more often. Apparently the Fox execs were so pleased with the movie that they’ve offered to let the duo reboot The Fantastic Four franchise. Normally I’d sigh at the thought of another failed attempt at a Fantastic Four movie hitting screens, but based on Chronicle, their version is something that I can’t wait to see and I never thought that would be possible.

Audiences who complain about the endless repetition of the Hollywood genre treadmill need to take notice of Chronicle and embrace it. 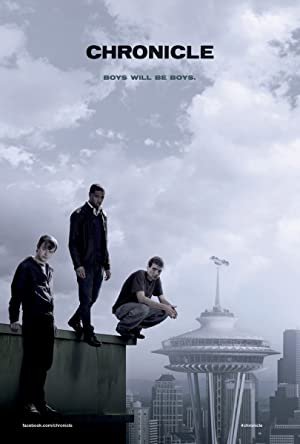