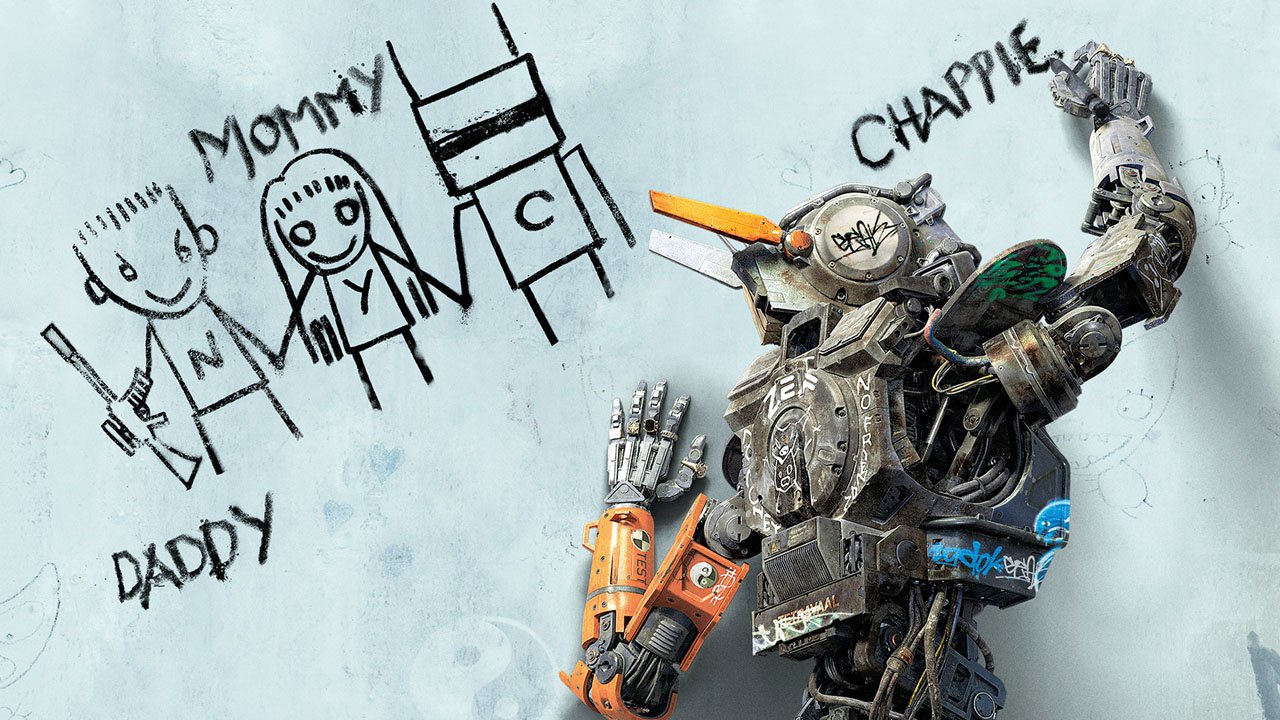 Few filmmakers from the last decade have burst onto the scene with the parade of deserved accolades that Neil Blomkamp received for District 9. His debut sci-fi/horror/mockumentary/social commentary was both an unexpected hit and a Best Picture Oscar nominee, instantly establishing the commercial directing veteran as a major new voice in blockbuster filmmaking. Unfortunately Blomkamp’s follow up Elysium bore all the unfortunate markings of a sophomore slump, so the pressure was on for him to live up to his reputation with his third effort. That movie is finally here in Chappie and it’s unmistakably the work of Blomkamp’s distinct imagination as well as a remix of elements that worked in his first feature. Unfortunately, it’s not a rousing new cult hit that can be described as an impressive return to form. Nope, Chappie is far too messy for that. However, it is an unconventional and ambitious stab at achieving something interesting within the framework of blockbuster filmmaking. The movie might fall on its face as often as it soars, but at least it’s a thoroughly wacko and ambitious movie striving to do something (even if it’s not always entirely clear what that something is).
Chappie kicks off in an eerily similar manner to District 9. So much so that you might briefly wonder if you’re watching a sequel. Some mock-doc interviews set the tone for a tale exploring the nature of artificial intelligence before the audience is thrust into a vaguely futuristic vision of contemporary Johannesburg with a sci-fi twist. No giant alien aircrafts this time though. Instead, it’s a South Africa with a robot police force that’s helped significantly cut down on crime. Dev Patel stars as the scientist responsible for creating the metallic drone force, while a freshly mulleted Hugh Jackman plays an army vet enemy who wants to destroy the program to launch his own human controlled crime-busting robot. In his spare time, Patel also goes ahead and creates artificial intelligence and is desperate to try out the experiment on one of his robocops. Unfortunately, his boss Sigourney Weaver refuses that request. So Patel steals one of his bots to plug full of consciousness. Things get even worse for Patel when a pair of thugs kidnap him and his soon-to-be-sentient robot (the thugs are played by Ninja and Yolandi of Die Antwoord. If you’re unfamiliar with their music, don’t worry. Their songs take up most of the soundtrack and they even wear their own merch to avoid confusion). Patel gives his robot life and hopes to teach it to become a loving, learning being. Ninja and Yolandi name him Chappie and hope to turn him into a metallic gang member. For a while, they battle over Chappie’s fate until he evolves into a lovable scamp pitched somewhere between both extremes. Eventually it all builds towards a machine gun boom-boom climax versus bad guy Hugh Jackman, because why not?

Clearly burned by the compromises and disappointments of Elysium, Blomkamp has filled Chappie with so many ideas, styles, and tones, that it’ll make your head spin in good ways and bad. First the good news, Chappie himself is an undeniably wonderful creation. Blomkamp’s eccentric star Sharlto Copley delivers an Andy Serkis caliber motion capture performance that’s funny, eccentric, and oddly touching (especially in the character’s early infantile stages). The CGI wizards responsible for delivering the final robot also deliver remarkable detail and characterization that makes the hunk of metal feel far more alive than Johnny Five. Through the character, Blomkamp teases out themes about the nature of consciousness that he never fully answers (much like all of the racial allegory in District 9). Yet, there are some fascinating ideas in play that the filmmaker explores with surprising earnestness and insight while still mixing and matching genres and tones at will. Chappie is at once a comedy, a think piece sci-fi, a sleazy action movie, a bitter blast of social commentary, and a heart-warmer. The film strives to find the middle ground between Robocop and E.T. and when it hits the high notes comes damn close to succeeding. In particular, the guns n’ ammo finale is a genuinely visceral thrill ride that never undermines all the humor, thematic resonance, and sweet heart-tugs surrounding the spectacle.
Unfortunately, while all of the various fascinating threads competing for attention are the film’s greatest strength, that lack of singular focus almost undoes the entire movie. Chappie is a mess. At times Blomkamp seems to be in complete control of all his wacky ideas and at times you’ll wish he had narrowed in on making one movie rather than five at once. In particular, the filmmakers admirable commitment to keeping his blockbuster rocketing forward at a fast clip often creates plot holes, logic gaps, and dangling thematic threads. Just like Elysium, it feels like the filmmaker was still a few drafts away from completing his ambitious script when he was rushed into production and never managed to iron out all of the problems. While most of the actors fair well amidst the weirdo spectacle, his biggest casting risk doesn’t quite pay off. While Die Antwoord were essentially asked to play versions of their already exaggerated stage personas, the duo aren’t actors and it shows. Sure, at times their raw, raging presence is unpredictably compelling, but more often than not the duo deliver posturing over performing and feel more than a little stilted. It was likely a mistake to give the duo such major roles in a big Hollywood production, but also the type of wild risk that needs to be taken to deliver something unconventional.

There will be mountains of hate piled onto Chappie since Blomkamp’s sudden rise to prominence created an army of doubters looking to bring him down and this confused blockbuster will give them plenty of ammunition. However, to dwell on the flick’s flaws while completely ignoring its strengths is a mistake. Chappie is a big crazy movie made by a filmmaker more interested in serving his own voice and ambitions than playing into Hollywood conventions. When the movie fails, at least it fails on its own terms. When it succeeds, it feels like nothing else that’s been on screens since District 9. At the very least, this is definitely a blockbuster that deserves to be seen and discussed in serious terms, which is in and of itself a rarity.
The verdict might still be pending on whether or not Neil Blomkamp is a major new talent or a one-hit wonder, but at least he continues to prove that he can turn $100 million spectacle into movies worth thinking about. That’s at least something and hopefully Chappie brings home enough bucks to keep him toiling away in blockbusters for the foreseeable future. If nothing else, his impending Alien sequel promises to be completely insane and that alone should inject a little lifeblood into a franchise that needs it. After that, it’s pretty much inevitable that he’ll end up in charge of a comic book property at some point and it’s nice to know that there’s an experienced blockbuster practitioner in line for those sorts of jobs who we can guarantee will take risks. Say what you will about the strengths and weaknesses of Chappie. At least Neil Blomkamp strove to make something unique and insane. We need a few more people willing to take those risks with popcorn fodder.

That movie is finally here in Chappie and it’s unmistakably the work of Blomkamp’s distinct imagination as well as a remix of elements that worked in his first feature. 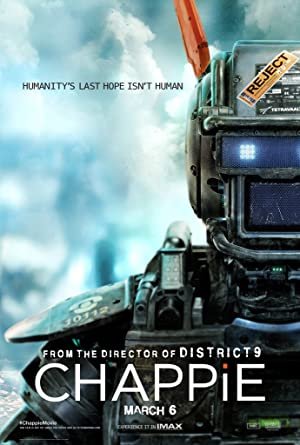