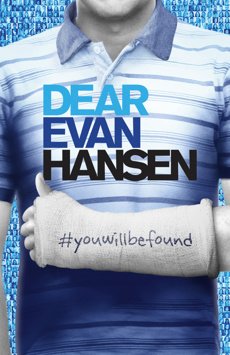 For the most part, we all know the story behind Dear Evan Hansen. It’s been on Broadway for ages, and returns again December 11th. It’s been in the news and in our faces constantly, for both good and bad. It was important to me that when I headed into this film, I didn’t take any of that with me. I wanted it to just be me and Dear Evan Hansen.

The film surrounds a high school senior, Evan Hansen (Ben Platt, Pitch Perfect), who clearly has had some hurdles concerning his mental health. His mother, Heidi (Julianne Moore, The Kids Are All Right), cares, and is slightly overbearing when trying to “fix” him, leaving him feeling like something is broken inside. A boy, Connor (Colton Ryan), who clearly has a troubled past, steals a note Evan wrote and still has it on his body after he takes his own life, leaving Connor’s parents to believe that he and Evan were best friends. Evan goes along with this, as not to disappoint anyone, and things go way too far.

Throughout the film, we follow Evans’ journey from beginning to end. He begins as a boy barely able to speak to other people, and by the end, wants to speak out, stand up and do the right thing. Ben Platt eats, sleeps and breathes this role, as he was Evan Hansen in the Broadway Musical of the same name up until 2017. He was awarded a Tony for Best Actor in a Leading Role in a Musical for his performance, so he is no stranger to who Evan Hansen really is.

“…the film did an excellent job exploring every ripple that comes from losing someone in such a tragic way.”

However, 2017 was a long time ago. Though Platt’s acting was still superb, he just didn’t quite fit. His performance invoked every emotion possible, but seeing him next to other high school students, or even next to the “parents”, it was clear he wasn’t right for the role he was playing. Yes, people in their 20s and 30s play teenagers all the time, but Platt just stuck out next to the other teenagers in the film, and not in a good way.

Dear Evan Hansen isn’t just a look at a teenager struggling through school and social interactions. It isn’t just a look at the consequences of lying, or the expectations of being a perfect kid. A lot of the movie, to my surprise, is spent studying what happens to a family—a community—when someone takes their own life. As someone who is a survivor of suicide, this hit very close to home, and the film did an excellent job exploring every ripple that comes from losing someone in such a tragic way.

Something happens in society when someone dies. People you’ve never met are suddenly best friends with the deceased. Everyone remembers how amazing the person they lost was, even if they weren’t. And people get involved, when they have no business to be, making it a production about themselves, rather than mourning the loss of someone dear. AT the same time, people become a community. Whether it’s a school rising up to create awareness for mental health and suicide, or a family reaching out to get to know the people that loved the son they lost, loss brings people together in so many ways. We got to see this from all sides in the film.

“Dever’s ability to keep us in the moment while singing was captivating.”

The Mora/Murphy family blew me away. With Cynthia (Amy Adams), Larry (Danny Pino), Connor and Zoe (Kaitlyn Dever), helming the family roles, we got to see a deep, dark look at a family torn apart by suicide. Zoe was the one left resentful, forgetting anything good about her brother. Cynthia was the one constantly holding out hope, that it was an accident, that he was getting better, that he was a good soul. Larry, the stepdad, was angry. There is no other word to describe it. He saw a wasted life, and lived in his anger instead of mourning the loss of his stepson he had raised from three-years-old.

There wasn’t a second these characters were on screen that they didn’t steal the focus. Their journeys from when they first lost Conner, to a year later, when they finally began healing, were powerful. Dever’s ability to keep us in the moment while singing was captivating. The emotion in her voice came through better than anyone’s in the film, and I am very excited to see more things from her in the future. Danny Pino’s performance as Larry was quiet, but meaningful. The moment you see him process the loss of his son is devastating, and Pino could not have been more authentic in his emotions.

As for the mothers in the film, Amy Adams and Julienne Moore had quite the roles to play, and polar opposites at that. Cynthia was a broken woman, who we see in denial about her son, convincing herself of all the good that he could have been. Adams doesn’t spend a moment on screen where she doesn’t look like a deer in the headlights, just trying to hold everything together.

Heidi, Evan’s mom, is a broken woman too, but for completely different reasons. She is trying to hold everything together too, with her son, her job, her life, and she only wants to do right by everyone. After being abandoned by Evan’s father, trusting people is hard, and her feelings of inadequacy come through in Moore’s performance. Mental health is a brutal subject for anyone to tackle.

Moore and Pratt’s interactions were almost hard to watch at times, but in the best way possible. As a mother, only wanting the best for your children is the baseline to live by, but how you handle every situation, big or small, weighs on your shoulders, and Moore is able to convey this flawlessly.

Dear Evan Hansen doesn’t follow the usual in-your-face, musical outline. Though you’ll see a dance number here or there, a lot of the numbers are threaded into the story well, never taking you out of the moment. The songs can be powerful at times, emotional and raw. Platt’s delivery is to thank for a lot of this.

I was surprised by a lot of the actor’s singing chops, especially Pino. They took a number that could have been done in an extremely campy way and used social media as a vessel for the song, connecting a word of people together, “You are not alone.” They did well, and there was never a moment where I looked at what was going on and cringed. They also

Though some casting choices were a tad questionable, the film was well acted and well sung. Dear Evan Hansen is a really comprehensive look at fear, loss, and mental health. It explores dark subjects and doesn’t shy away from the emotions involved, good or bad. This is a film I will certainly watch again, just to enjoy rather than critique.

Dear Evan Hansen may have some casting flaws, but the actors dig deep and the script touches on delicate matters in a gentle, but raw way. A must watch for anyone who’s ever felt alone, or dealt with great loss.
REVIEW SCORE
8
File Under: TIFF 2021