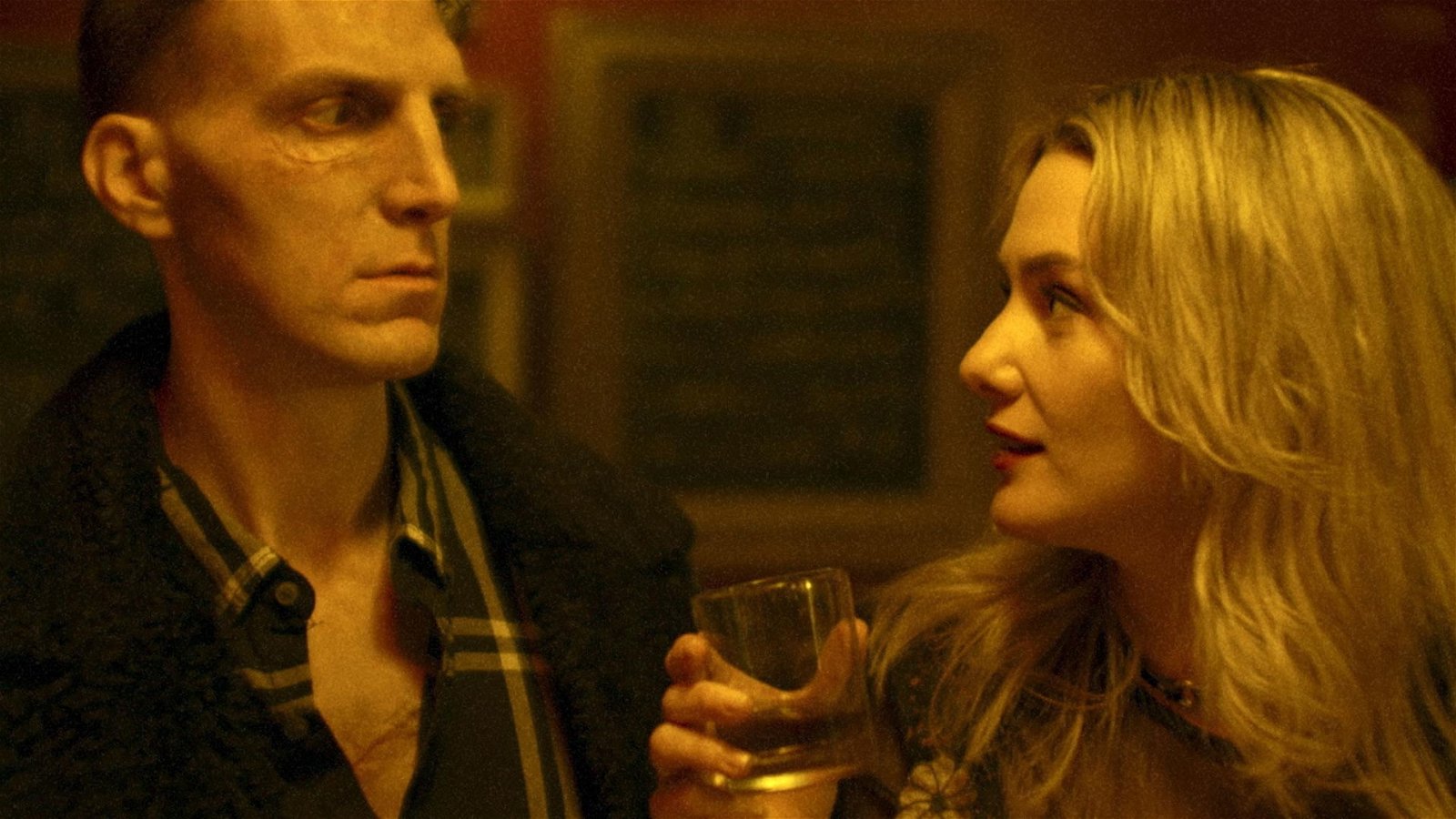 Depraved, a modern take on the Frankenstein mythology, opens in the weirdest way possible: sidling up against the romantic drama motif. Moments later the man in the intro is brutally stabbed, leading into a montage of macabre psychedelic images. Now that’s more like it!

There’s no lengthy waiting period: we get to the creation of Frankenstein’s monster (Adam) in roughly five minutes flat. As a “creature” Adam is immediately eerie and unsettling, both human and inhuman. We get to see the relationship between Adam and his creator (Henry) blossom with a sense of uneasiness and joy. Depraved is very good at skirting thematic lines even early on: before we get a real chance to understand these characters. In spite of the duality, Adam is more humanized than most retellings of the tale, literally and figuratively.

He’s not that far off the mark from a traditional “human” aesthetically, and the “cover” of him being one of Henry’s old war buddies is sufficient enough to suspend your disbelief. Speaking of, David Call’s performance as Henry is captivating and takes the edge off, a great partner to Alex Breaux’s brilliantly subdued Adam. The way he educates and encourages Adam feels genuine, and the film gets pretty granular explaining the nomenclature of Adam and Henry’s past. The psychedelic effects continue throughout, which lends a Lynchian feel to all of the madness.  Plus, Depraved’s looming soundtrack (which is mostly loud and booming creepiness) makes everything that much more disturbing.

It’ll border on too artsy for a lot of folks, but there’s introspective commentary on the human condition that go far beyond the conventions of a typical monster flick. Adam even goes clubbing! His adventures are both unpredictable and quietly harrowing. Yet, Depraved starts to starts to run out of steam as the scope of the film broadens and the focus shifts away from Adam and Henry. The near two-hour runtime is partially to blame, but the film — I don’t want to say “devolves” per se — spirals into more of a horror-centric story that can’t quite fire on all cylinders. Despite some misgivings with the final act, there’s so much worth exploring with Depraved that the juice is worth the squeeze. By the time you get there even a few eye-rolls are more than paid for by the journey so far, and the character study therein. More films should strive to be like Depraved that twist a concept rather than just straight remaking it.

Depraved is much more than just an adaptation of a classic story, and goes down a few unexplored rabbit holes in the process. 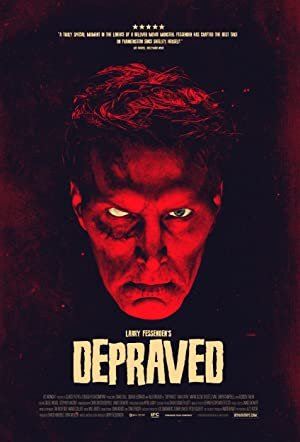