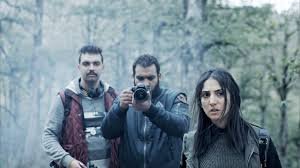 Ever since I started watching horror films, I have always enjoyed movies that try to subvert the norms of the genre, be it through offering new ideas to a culture or completely breaking the mould. These offerings can be exciting and fresh. Premiering at the Fantasia Festival, Dachra, the debut from Tunisian director Abdelhamid Bouchnak almost achieves this level of greatness.

Tunisia is not known for horror, yet first time director Abdelhamid Bouchnak captures the essence of the genre. With low budget effects, a creepy setting, and some unique concepts, Dachra has a lot going for it Tunisia is not seen often in horror, and the North African setting lends its self well to the unsettling and mysterious.

Following Yassmine, a young journalism student, and her two friends, Dachra wastes no time in setting up its premise and thrusting our leads into a life-changing mystery. Tasked with finding an exclusive story, our three young students decide to investigate a now 20-year-old case, one involving mutilation, witchcraft, and death.

While for the most part, our protagonists are insufferable and entitled, the plot and story flow well and the cast plays the roles they are given with believable tone and skill. For much of its run time, Dachra moves at a brisk pace, transporting through locations in a way that never makes anywhere feel safe. It is for this reason that I am so disappointed by the third act of the film. The movie has excellent pacing up to that point, then it comes to a standstill only to be all wrapped up in the final 15 minutes. It is jarring and takes away much of the tension it built.

Bouchnak has crafted a film that drips with tension and dread. From asylums to remote villages, Dachra is a film that makes even the mundane feel terrifying. This is in large part due to the way the film is shot. The shaky cam, near found-footage nature of the work, gives the film an otherworldly vibe. From the minute the three students enter the remote village, the dread is ever-present, teleporting the viewer to a world where nightmares are made manifest.

The shot composition and cinematography further push the tension in every scene. This is a dark film and one that uses colour wisely. Throughout the film, the dark palette is used to masterful effect, with the only bright colours seen quickly invoking a sense of danger and fear. Through camera angles, fog, and lighting, Bouchnak is able to transform the natural world into an otherworldly hellscape, and it is a wonder to behold.

Dachra transports its audience to a country never seen in horror and does so in a masterfully dark and unsettling way. While the film misses the landing a bit, and the buildup could use some work, the ambiance and ever-present unease more than makeup for it.  With strong performances, an intriguing story, and stunning cinematography, Abdelhamid Bouchnak has cemented himself as a horror director to watch.

While filled with an ominous dread throughout, a slow third act and some pacing issues hamper what could have made for a fantastic indie horror film. 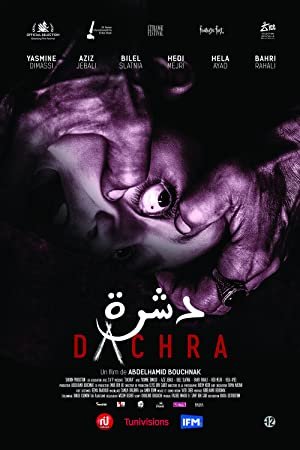