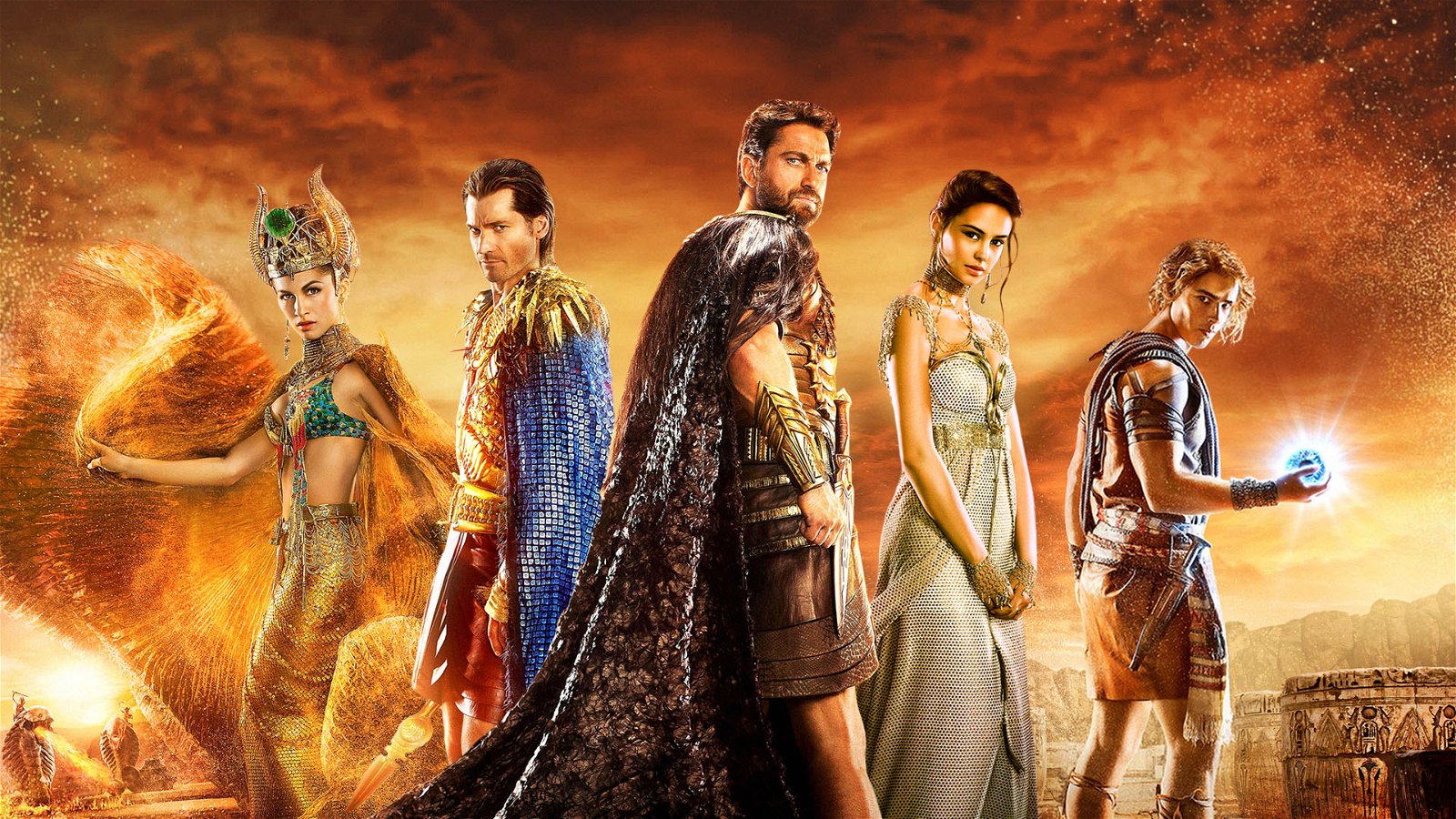 It’s hard to say exactly what audience Gods Of Egypt is even theoretically supposed to appeal to. It’s a sword and sandals picture, complete with all the shirtless bros and bosomy dames posing and screaming at each other in front of green screens that the genre demands. However, it doesn’t feel charmingly retro since the genre already had its mini-revival after 300 and Clash Of The Titans made a bucket full of cash before promptly vanishing into obscurity. Nope, the bloated blockbuster feels very recently outdated and it wouldn’t have even been a successful stab at the genre roughly a decade ago when this genre were briefly successful again. Ultimately it’s another big ‘n’ expensive waste of time that should vanish from memory as unceremoniously as it appeared to clog up screens in the dog days of winter (aka the very worst of movie seasons).

The film takes place in ancient Egypt where gods walked amongst men. Things kick off at a crowning ceremony for a new king with super-powered eyes (Nikolaj Coster-Waldau). It’s such a special occasion that the young man’s long estranged uncle (Gerard Butler) makes an unexpected appearance, where he battles the would-be king for the crown and tears out his super special eyes. Butler then assumes the throne and instantly become a corrupt leader who enslaves humans for his own selfish means. Fast-forward a few years and one of those humans (Brenton Thwaites) has had enough of Butler’s nonsense. He conspires with his girlfriend (Courtney Eaton) to steal back one of the rightful king’s eyes and help him fight his way back into power. Unfortunately, she dies in the process, but Thwaites gets Coster-Waldau to promise to bring her back to life once they complete their mission. Aw, ain’t that sweet? Too bad even a god doesn’t have the power to do such things, no matter how strong the bonds of love may be.

So…yeah, it’s a pretty straightforward epic quest narrative complete with all of the booby-trapped temples and giant boss battles that one might expect from a second rate video game…er…I mean blockbuster. The story is tediously predictable, which I suppose the filmmakers think they are getting away with since this is supposed be a myth. However, it doesn’t make it any more of a butt-numbing endurance test for audiences who have to suffer through endless scenes of disinterested actors embarrassingly over-performing against green screens in between perfunctory CG action. There’s a palpable sense that we’ve seen this all before—because we have—and since no one involved in the massive production seems to be particularly passionate about going through the motions again, their tedium transfers directly to viewers. The acting is particularly dire, but no one in particular is worth picking on for their failings since everyone appears equally lost. Even the dependably eccentric Geoffrey Rush can’t manage to enliven his scenes as Ra, mumbling out a bunch of mythological mumbo jumbo whenever he isn’t shooting a giant cloudy space snake with a fire stick (yep, it’s one of those movies).

Gods Of Egypt comes to us from director Alex Proyas, a curious filmmaker who seemed so promising with his back-to-back 90s goth debuts The Crow and Dark City. He was a filmmaker who emerged with an immediately defined aesthetic that suited his era nicely. Since then, he’s only given us a few massive blockbusters with some nice images surrounded by failed ambitions (I, Robot, Knowing, and this mess). God Of Egypt is likely Proyas’ worst movie to date. As usual, it does prove that the guy has a pretty impressive visual imagination. Borrowing the CGI-steroids techniques from Lord Of The Rings, the gods are all proportionately larger than the humans without towering over them and they bleed gold in the perverse period costume. The few sets that he was allowed to construct are stunners and his use of swooping 3D cameras does serve up some delicious spectacle. Unfortunately, the fact that the movie was shot almost entirely on green screen proves to be the biggest failing. It proves the Proyas has a Lucas-like inability to communicate to his actors when he doesn’t have a stunning set to shove them in and the overworked CGI department delivered some truly ugly sequences while racing to their deadlines. In particular, whenever the Gods put on their metallic superhero animal suits to fight, the results are absolutely laughable. It looks like a cheap videogame, and not even a good one.

Given how grandiose and redundant Gods OF Egypt feels, it might well have worked had it all been pitched to high camp. The dialogue is so overly stylized and meaningless that the cast (another exclusively white group playing Middle Eastern characters…I’ll just leave that dumb ‘n’ dated decision there and let it speak for itself) had no hope of making it sound like human speech. Perhaps if they’d been able to lean into the absurdity of their characters, words, and costumes, this could have been an amusingly tongue-in-cheek romp like Flash Gordon that stole liberally from other movies to create something delightfully stupid and fun. But nope, for whatever reason (perhaps an inability to experience irony and humour?), Proyas and co. decided to play their big dumb sandal epic straight. They may have whipped up some pretty pictures, but with no interesting characters to stick in those frames or a story worth telling, it was all pointless. Gods Of Egypt is a big, dumb, mess of a movie that really isn’t worth anyone’s time. Don’t give it a shot, even if you like this genre. Just let it die the quick death that it’s destined to die. With a little luck, this mess will kill off the sword and sandals genre for real and for good this time.

Gods Of Egypt comes to us from director Alex Proyas, a curious filmmaker who seemed so promising with his back-to-back 90s goth debuts The Crow and Dark City. 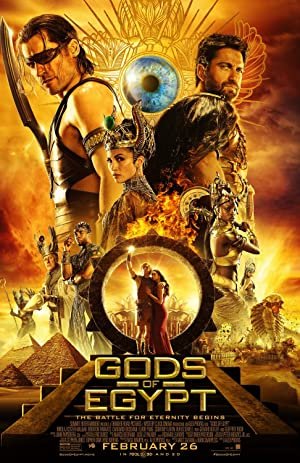