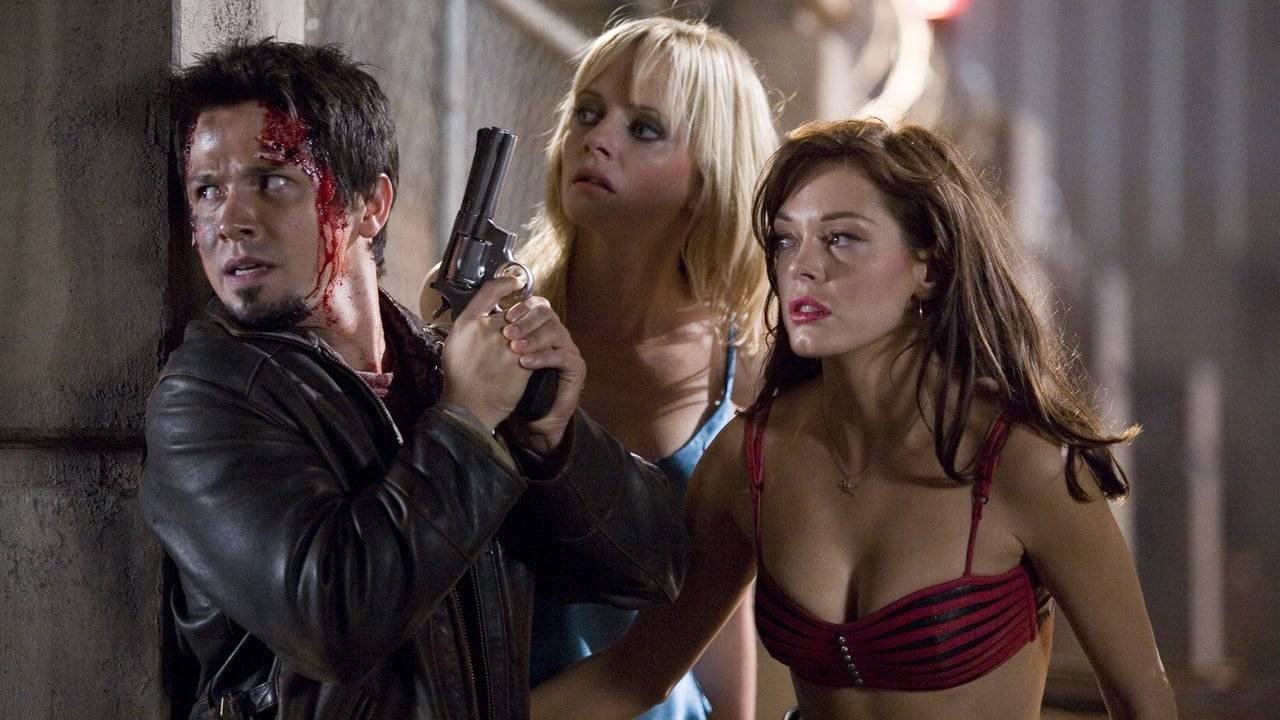 The origin of the term “Grindhouse” is somewhat ambiguous, as it has potentially three different meanings. Broadly, it’s an umbrella term used to describe a certain genre of films including zombie horrors, blaxploitation flicks, spaghetti westerns, movies about good girls gone bad and badly dubbed kung fu movies. The word itself can refer to the way that small production houses turned over these films rather quickly, “grinding” them out as they say. It could also mean the condition the films were in when viewed, “ground up” as it were, the prints dirty, worn out and often with frames missing from one to many splices. Of course there’s the more pejorative explanation given the films’, shall we say, more provocative subject matter, as in bump and grind.

But no matter the definition, the Grindhouse served as wonderful inspiration for a generation of low-budget, independent filmmakers that whittled away many an afternoon watching back-to-back schlock-tastic double bills. Included among them are Robert Rodriguez and Quentin Tarantino, who decided to pay literal tribute, as opposed to homage, to the films that gave them so much. And thus Grindhouse came to be. An experiment in cinephile replication that, in my opinion, is wildly successful as two consummate filmmakers have brought us two treasures of post-modern exploitation.

Going first with the superior of the two entries is Rodriguez’s “Planet Terror”, which completely captures the aesthetic that the filmmakers were going for with this project. The setting is a small Texas town, where a group of soldiers has accidentally unleashed a bio-chemical weapon that turns regular folk into puss-filled, flesh eating cannibals. A small group of survivors holds the key to immunity from the poison gas, but they have to fight their way through the blood-thirsty hordes if they want to live to see another day.

It’s funny to watch “Planet Terror” knowing that the man that made it is a filmmaker on the cutting edge of digital technology, taking ghoulish delight in portraying the imperfections of film use. Rodriguez goes so over the top at times you can be grossed out while laughing hysterically in equal measure. Also helping is the fact that the actors know what movie they’re in. Freddy Rodriguez, who plays anti-hero El Wray clearly gets way into his role, cockily throwing out lines of arrogant bravado like “I never miss”. Also playing it for camp is Josh Brolin as an evil Doctor and Lost’s Naveen Andrews as a profiteering scientist.

“Planet Terror” is so energetic and at times completely insane, that it was almost a let down when Tarantino’s portion “Death Proof” started to roll. “Death Proof” is Tarantino’s love letter to muscle car chase movies like Vanishing Point; back road pursuits usually featuring some psychotic drive taunting otherwise peaceful motorists. Kurt Russell is Stuntman Mike, whose skull emblazoned ride is “100 per cent death proof”. Stuntman Mike seems to spend his time putting the fear of fast cars into groups of young women travelling deserted stretches of road in and around Austin, Texas.

Obviously, I really like Russell as Mike. He creates just the right sense of menace and dementia for the part and of course the ladies he chases, including Rosario Dawson, Sydney Poitier, Mary Elizabeth Winstead and Zoe Bell (Uma Thurman’s stunt double from Kill Bill) are all fabulous. The key problem is that there’s too much talking for long stretches, and as much as I know that Tarantino has a gift for gab, Grindhouse flicks are not revered for their sparkling wit and dialogue. Having said that though, the key stunt sequence involving Zoe hanging off the hood of a Dodge Charger while being pursued by Mike at maximum speeds, is as white-knuckle as they come. It’s a brilliantly realized stunt sequences that leaves you gripping your arm rests in excitement.

Part of the fun of Grindhouse is the fake trailers for other fake Grindhouse movies that were concocted by Tarantino, Rodriguez and a few of their friends. Most famously, Hostel director Eli Roth contributes a slasher tribute called “Thanksgiving”, which takes bloody relish in indulging in the trappings of the costumed psycho with knife subgenre. Rob Zombie does Ilsa, She Wolf of the SS right with “Werewolf Women of the SS”, which is so insanely over the top that Nicolas Cage as “Fu Manchu” isn’t the hammiest thing on set. Edgar Wright (Shaun of the Dead) serves up an on-the-nose parody of the American treatment of British horror films with “Don’t” and Rodriguez himself delivers “Machete”, which can easily be described as El Mariachi on speed. Canadians get an extra treat with the SXSW-winning faux trailer, the hilarious “Hobo with a Shotgun”.

Grindhouse is good time cinema that passes fairly quickly despite its nearly three-and-a-half hour running time (with trailers and previews). It’s a perfect night out, but I’d advise eating before hand and spare the salsa on your nachos – you’ll know why when it happens.

Grindhouse is good time cinema that passes fairly quickly despite its nearly three-and-a-half hour running time (with trailers and previews). 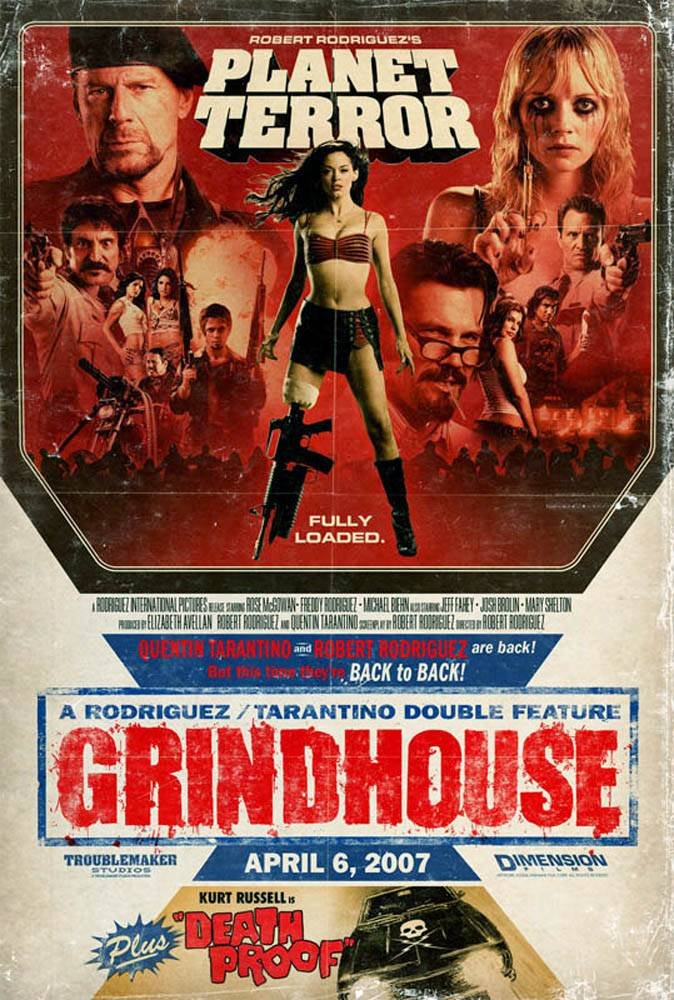