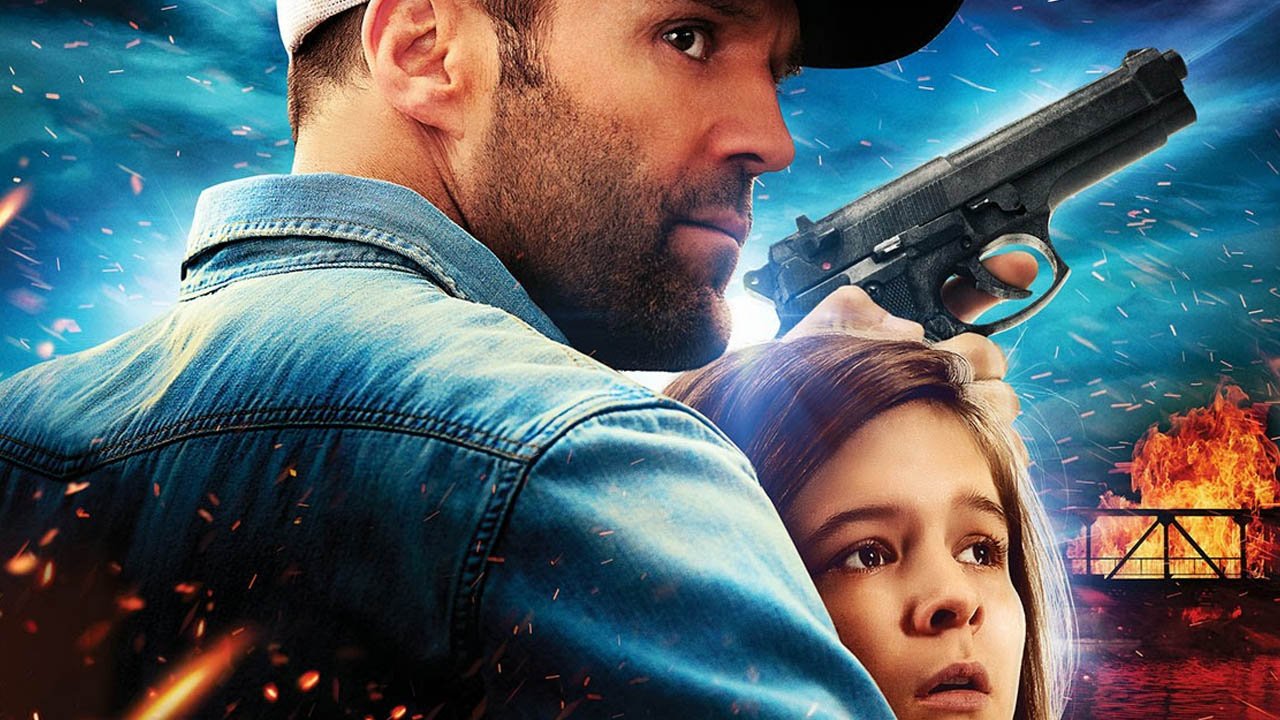 Lock up your daughters and hide your hair clippers, Jason Statham is back. Arguably the last pure action star (although the Rock is making a good case for himself lately), Statham continues to crank out solid B-movie entertainment at an impressive clip and at times is keeping the old school action movie alive all by himself. This week Statham returns in Homefront, a film that feels like a blast from the 80s/90s action movie past; kind of a given since the project started as an old Sylvester Stallone screenplay that he wrote for himself. Stallone stayed on the project as writer/producer after the Statham transition and it very much feels like one of the nutso gems Sly wrote for himself back in the day (though sadly, it’s not as completely insane as Cobra). Judged in any straightforward way, it’s not a particularly good movie given that it’s filled with plot holes, idiotic leaps in logic, cheesy dialogue, and cardboard character types. However, if you’re a fan of the genre that Stallone helped create and Statham continues to carry a torch for, the cheese is part of the fun. Even the best examples of this genre are films that must be laughed at as much as enjoyed straight, and Homefront is just endearingly ridiculous enough to qualify as a guilty pleasure.

The story opens in flashback with Statham as an undercover DEA agent in a biker gang (complete with a RIDICULOUS long-hair wig that looks like it came out of Nicolas Cage’s closest). Rather quickly, his cover is blown and a biker is gunned down by the cops. The biker boss wants revenge, so Statham must retire into a witness protection program lifestyle. Flash forward a few years and Statham is now a single dad who moves to a small town hoping for a peaceful existence. Unfortunately, he’s still Jason Statham, so he gets in a few fights with locals who “don’t take too kindly to his type.” That draws the attention of the local police (embodied in the great Clancy Brown) as well as local meth-manufacturer James Franco (yep, that James Franco). Because Statham, for some reason, kept all of the information about his secret past in barely hidden boxes in his barn, Franco learns of his true identity and soon trouble is afoot. Now, you’d think the meth dealing Franco would be the “trouble” in question. However, that guy doesn’t know who Jason Statham is and in fact, he’s the one who is in trouble!

So, it’s all pretty stock stuff. The plot is predictable for the most part and unpredictable only when it makes ludicrous leaps in logic that only the insane could see coming. However, the film still succeeds for two reasons. First off, no one turns stupid screenwriting into unintentional comedy quite like Sly Stallone, so the worse the film gets, the funnier it becomes. Secondly, the cast for the flick is uncommonly good. Statham is underrated as an actor. His range might only extend from cockney cocky to stoic rage, but that’s all you need for an action hero and he delivers surprisingly grounded work in context. There’s a reason the guy is a movie star and Homefront is suited to his unique talents. James Franco delivers a deliriously over-the-top performance with a few hilarious improvised lines. He’s clearly just as shocked that he’s playing the bad guy in a Jason Statham movie as anyone else and delights in the overacting possibilities presented to him. When Franco tries, he’s an engaging screen presence. When he’s bored he’s as absent from films as he was hosting the Oscars. Thankfully, Homefront falls into the former category for Franco. Toss in talented folks on the sidelines like Clancy Brown and Winona Ryder and you’ve got yourself a cast that is far too good for the material. They make every scene compelling no matter how daft the script and more importantly, everyone is clearly having a good time.

Directing duties were assigned to Gary Fleder, who has been responsible for generic Hollywood thrillers like Kiss The Girls and Runaway Jury. He’s not a filmmaker with personality, so he really adds nothing to the proceedings. However, he shoots the whole thing effectively, lets the actors run the show, and has a couple delightfully silly action scenes to stage thanks to Stallone’s script. On a technical level, the film is very average. Were it not for the cast and ludicrous writing, it would be forgettable bargain bin trash. With those qualities it’s still bargain bin trash, but at least memorably cheesy, stupid, and undeniably entertaining. Homefront won’t win any awards or break box office records, but it will provide dumb action movie fans with a fresh hit of their drug of choice. That’s really all the movie had to do, so at least it delivers as promised. In the grand scheme of Jason Statham movies, Homefront probably lands somewhere under The Mechanic and The Bank Job. It’s not a self-conscious slice of B-movie bliss like a Crank or Transporter movie, but it’s far from a dull failure like say last year’s Parker. At this point, you know whether or not you enjoy Jason Statham movies and this is an above average entry in his bald-head-bad-ass canon. If you don’t like dumb action movies, you’ll hate it. But, if you’ve got a sweet tooth for that particular brand of B-movie trash, it’s a delightfully brainless break from the onslaught of awards-bait movies clogging up theaters these days. Now let’s just hope that he finally gets around to making Crank 3 sometime soon.

This week Statham returns in Homefront, a film that feels like a blast from the 80s/90s action movie past; kind of a given since the project started as an old Sylvester Stallone screenplay that he wrote for himself. 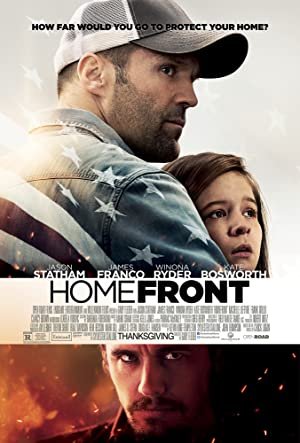