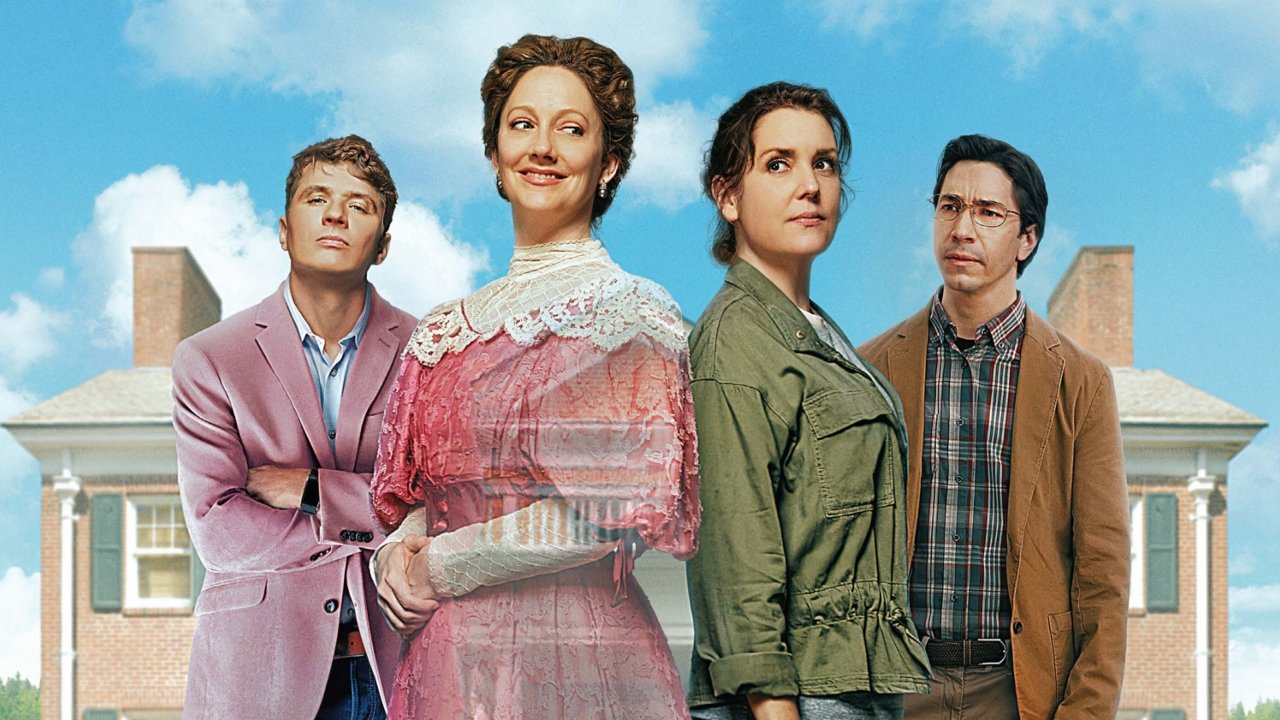 Lady of the Manor wasn’t assigned to me. The company didn’t ask us to cover it. It wasn’t supplied. I saw that it was coming out, I got excited, I watched it, and now I’m full of regret. My gut reaction was that a cast with Judy Greer (Lady Wadsworth), Melanie Lynskey (Hannah), Justin Long (Max), Ryan Phillippe (Tanner), Luis Guzman (Bartender) and Patrick Duffy (Grayson Wadsworth) was sure to be hilarious. Reading over the synopsis, I became…concerned. But I’ve seen weirder things succeed, and I really hoped the cast could blow it out of the park.

Lady of the Manor is about a less-than-successful stoner, Hannah, who falls head first into a job as a tour guide at a historic estate. The manor turns out to be haunted by a very proper, classy woman, Lady Wadsworth, who is appalled by Hannah impersonating her.The ghost decides to then teach Hannah how to “be a lady”, and of course, chaos ensues. I know what you’re thinking, I should have known better.

The film was written and directed by Justin Long and Christian Long. Every part of me wanted to enjoy it, but there is nothing of quality here. The script was just…bad. The lines were unnatural and truly not funny. I’m all for silly, immature comedy, but Lady of the Manor just felt forced. They got a few cheap laughs out of me, but even halfway through the movie I just couldn’t find any redeeming qualities.

“Lady of the Manor tries to find a meaningful plot, but it is buried so far under gaudy humour that the point is lost. “

Lady of the Manor tries to find a meaningful plot, but it is buried so far under gaudy humour that the point is lost. Hannah’s transformation into some semblance of a respectable human, Lady Wadsworth being able to let loose a little, the manor being left to its rightful owners and the Wadsworth accepting it are all plucked right out of a Disney film. Long just added foul language, the illusion of sex, bodily functions and weed. This was seemingly the formula for an adult comedy, but it missed every single mark.

Ideally, with a cast full of my favourite comedians, they would be able to come to the film’s rescue. They may have actually made it worse. Judy Greer—whom I adore—felt so overacted, not to mention she jumped in and out of her accent regularly. Melanie Lynskey did fine for what she was given, and was a source of a few laughs, but fart and dick jokes have a limit. Justin Long was…well, Justin Long. He plays the same character he plays in every film, which he does well. He was sweet and charming, with a touch of humour, but he definitely isn’t reinventing the wheel here.

Ryan Phillippe, however, made me cringe. To be clear, I’m aware of the kind of character he is supposed to be playing. We are supposed to hate him, and boy did I. I can’t blame him for his lines, but his delivery felt like something we came up with in high school when we thought we were the funniest people alive. Many movies show outtakes at the end of the film. This was actually to the movie’s detriment, even the bloopers weren’t funny.

I tried really hard to enjoy this movie. I wanted to take joy in the dumb jokes. I wanted to support some of my favourite actors. Unfortunately, Lady of the Manor mistakenly brought several actors who normally excel in supporting roles to the forefront. Pairing that with a corny plot and juvenile script, I’m not quite sure how this film ever got off the ground in the first place.

Lady of the Manor excited me because it featured some of my favourite people. Unfortunately, I was extremely disappointed with the poor script, campy acting and immature comedy.

File Under: Comedy, Lady of the Manor
A retail version of the game reviewed was provided by the publisher. You can read more about CGMagazine reivew policies here. 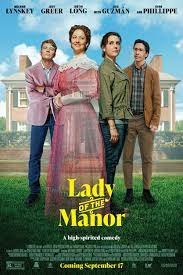