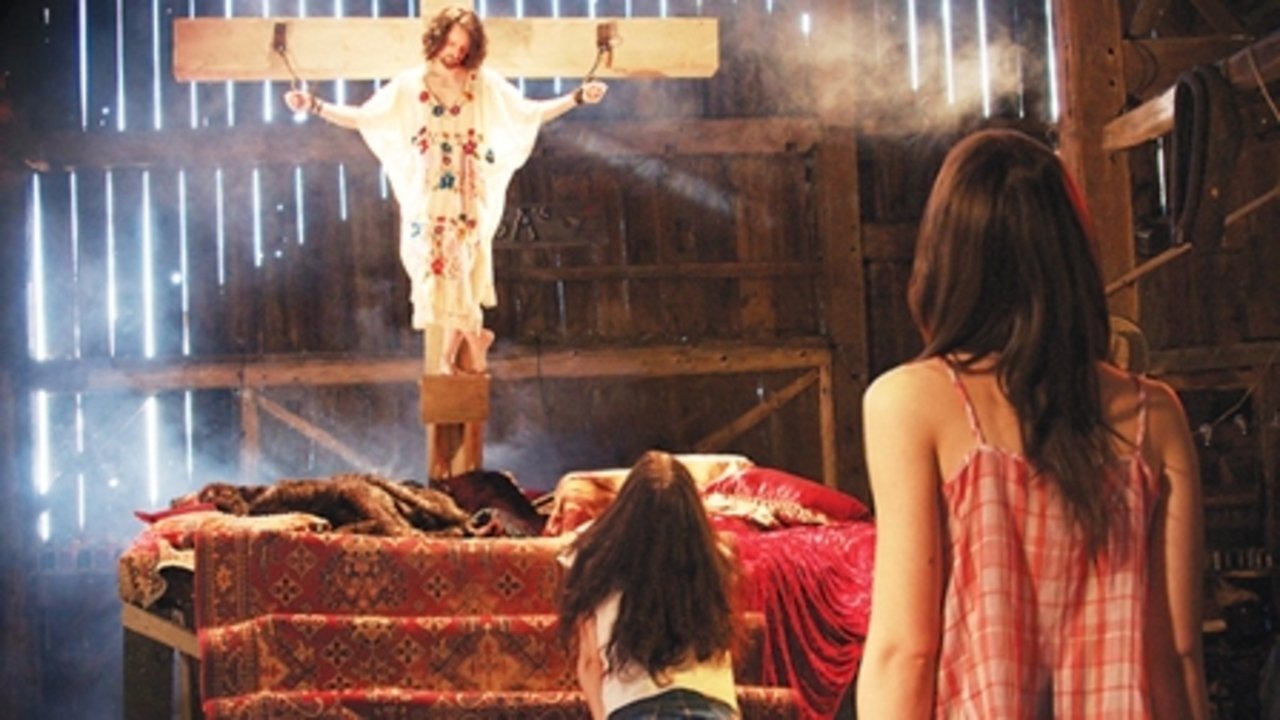 Canadian writer/director Reginald Harkema sure loves the 60s. His last feature was the Canuck cult flick Monkey Warfare, which starred Don McKellar and Tracy Wright as a pair of slacker wannabe Abbie Hoffmans struggling to find the energy to start a revolution. His follow-up is Leslie, My Name Is Evil, an examination of the American culture war in the late 60s and early 70s. The film features the pitch black comedy and French New Wave inspired style that has defined Harkema’s previous movies, as well as a few nagging problems that continue to hamper the filmmaker.

Leslie, My Name Is Evil focuses on two primary protagonists. There’s Leslie Von Houten (one of the imprisoned Manson girls) and the fictional character of Perry, a boy from a conservative background who starts to question his values while sitting on the jury for the infamous Charlie Manson trial. Perry is a funny comic creation played with deadpan wit by Gregory Smith. He’s raised by a father who lives for 50s family values and Richard Nixon, the kind of guy who actually wants his child to fight in Vietnam.

Instead, Perry dodges the draft to become a chemist. In his spare time, he pursues a wearisome relationship with Leslie, a pre-feminist idealist who gladly tells Perry “I love you, but I love Jesus more”. Thank goodness for physical chemistry.

As a result of his upbringing and his romance, Perry’s rebellious leanings and sexual frustration mirror the troubled times of conservative American youth. He appreciates the Cultural Revolution that is exploding around him and longs to be a part of it, but is reluctant to stray too far from the path to conformity.

Leslie is another creation all together. After growing up in a broken home and briefly losing herself in drugs and free love, Leslie ends up joining the Manson family. Given that this is a convicted murderer, Harkema and the gorgeous Kristen Hager present the character as empathetic and strangely relatable.

The audience is forced to care for Leslie and understand her plight. The film doesn’t try to justify the murder, but some audiences will be put off by how pleasantly the character is portrayed. She’s a beautiful cheerleader who sadly lost her way. Perry seems to fall in love with Leslie during the trial. The conflicting emotions cause him to question the values he’s been raised to believe and his desire to set the girl free might just cause him to change his ways.

Of course, Reginald Harkema is far too cynical for that to be the case. While his movie might seem to be about the Manson trial, it’s primarily about the culture war going on in America. His film condemns the conservatives who came down on the Manson family so harshly while ignoring the fact that the violence their government was enforcing in Vietnam was even worse.

It’s an interesting point, but a little clumsily executed. Consistent tone is always problem for Harkema and it’s never clear whether he wants this movie to be a comedy or a tragedy. That conflict might be deliberate, but it makes for a frustrating viewing experience. It doesn’t prevent Leslie, My Name Is Evil from being a compelling and intriguing movie, but a more focused screenplay could have led to a black comedy classic.

It doesn’t prevent Leslie, My Name Is Evil from being a compelling and intriguing movie, but a more focused screenplay could have led to a black comedy classic. 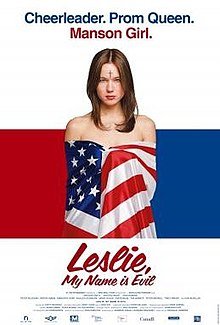