Night of the Animated Dead Review 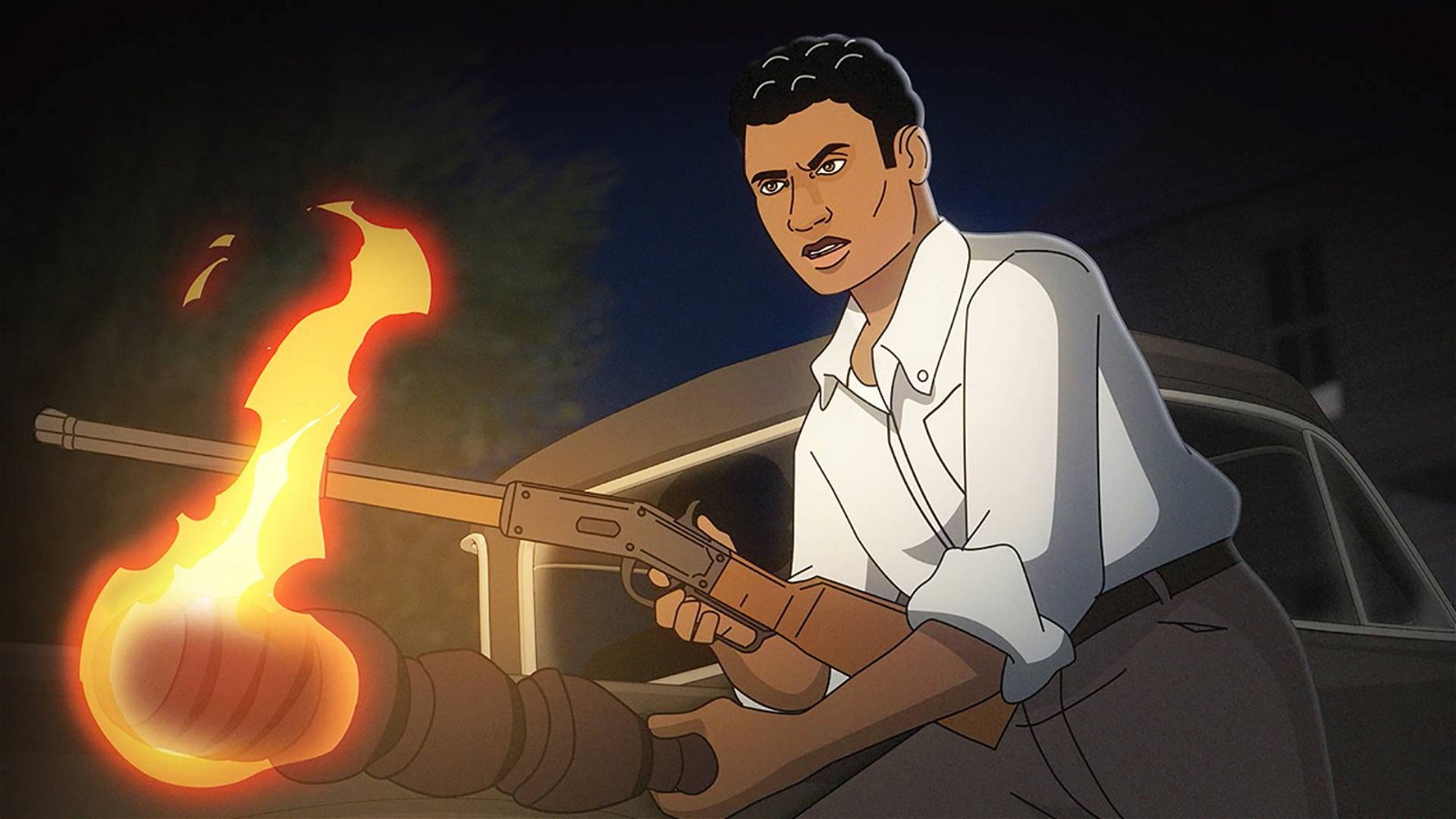 Disclaimer: Warner Bros. Home Entertainment provided me with a free copy of the DVD I reviewed in this post. The opinions I share are my own.

Intellectual property entering the public domain is often an opportunity to re-adapt favourite tales and give them a refreshed spin. We’ve gotten adaptations of Sherlock Holmes and almost all of Disney’s classic slate. But sometimes the endeavour is fruitless, as is the case for Night of the Animated Dead.

George Romero’s 1968 classic is often credited as bringing zombies into the mainstream. While the zombie had existed previously, Romero popularized the idea of the reanimated corpse having a hunger for human flesh. His feature told a nuanced tale of panic and mass distrust and his casting of a black man in the lead role added a level of commentary still discussed and referenced today.

With his movie now in the public domain, it’s free (to be viewed online and) to be readapted. Jason Axinn answered the call. He took his animation style and direction and created an almost shot-for-shot retelling of the horror classic, adding nothing new save for some extra drops of two-dimensional blood.

For those unfamiliar with the original (seriously, go watch it, it’s literally free), Night of the Living Dead centers around a group of scared people marooned to a farmhouse. The animated version follows the same beats. Barbara (Katherine Isabelle, in this adaptation) finds refuge in the house after her brother is killed by a walking corpse in a cemetery. In a near catatonic state, she’s soon joined by Ben (Dulé Hill), who helps board up the house to keep them safely inside. After facing off against some of the undead, Ben finds more people hiding in the cellar, and the group argues over whether it’s safer to stay in the main house or down beneath it.

They listen to the news and learn of mass killings around the country, but also of safe havens created by the government. They attempt to escape, losing members of the group along the way, leaving Ben to keep the house safe until the arrival of the authorities. What follows is one of the more brutal ends in film, one that hits far too hard today, where (spoiler alert, you had fifty-three years to catch up) the authorities shoot Ben, a black man, and unceremoniously dump his body on the fire.

The longstanding iconography of this film is completely thwarted by this adaptation. Axinn, who created a delightful, animated romp with To Your Last Death, seems to have smashed the copy-paste commands and left behind any shades of depth. This near shot-for-shot adaptation evokes one real question: why?

Axinn brings nothing new to this existing story, one that is readily available. Though he’s adamant he brought more gore, there’s but a few shots of a flat-animated cartoon skull that certainly doesn’t bring dimension to a classic tale. It’s a bit of a shame, really, that this take didn’t exploit the opportunity to bring anything new to a story that still resonates in 2021, and instead opted for some drops of blood.

“This near shot-for-shot adaptation evokes one real question: why?”

The animation style is wooden and flat, but that’s not a killer under normal circumstances. For To Your Last Death, Axinn used animation to free himself from the confines of traditional filmmaking and tell a fantastical version of a Battle Royale type story. Here, instead of allowing it to free the story beyond its reality borders, it keeps the film strictly within them, looking like harsh lines were drawn atop existing live-action scenes.

The concept of readapting classics into animated features is a potentially exciting prospect, allowing for playfulness and new takes on features we know and love. While this was a new way to consume an old favourite, it’s hard not to wonder why we don’t just hop onto YouTube and stream Romero’s original work. It’s somewhat of a gut punch to watch the title splash across the screen and not at all be followed by any reference to the horror giant. It’s not a complete failure to create a watchable version of a zombie story, but this work doesn’t justify its reason to exist.

It’s hard to believe Night of the Animated Dead, a movie about “reanimation”, couldn’t come up with a better pun for its title. That’s the first creative misstep.

File Under: Animated, Horror, Night of the Animated Dead, zombies 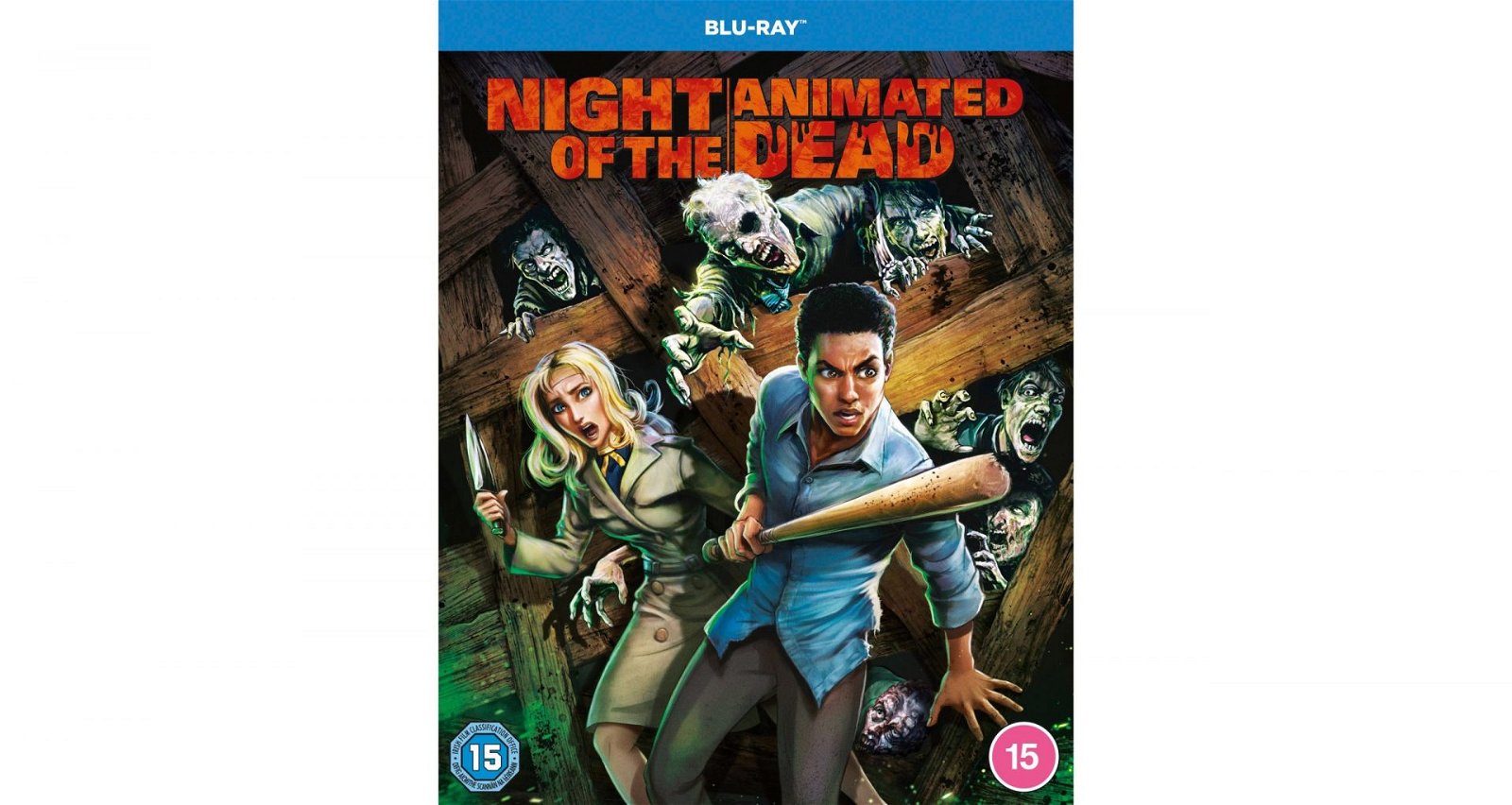