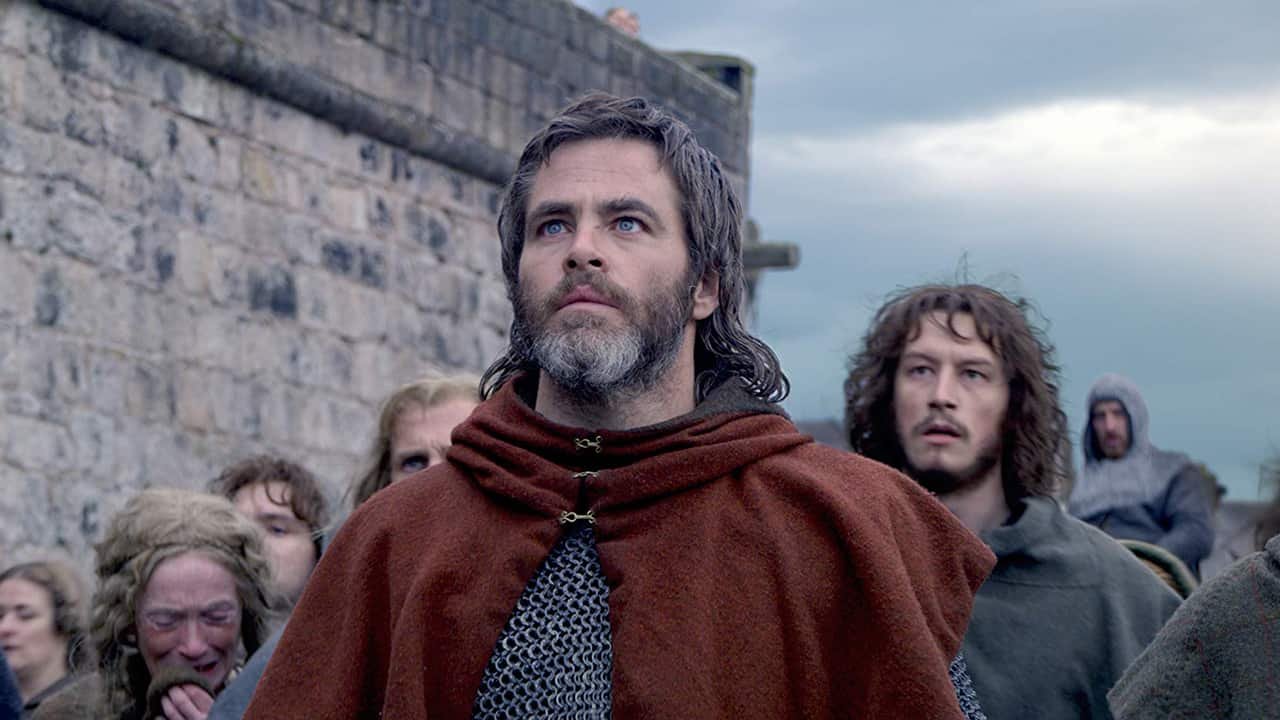 In the 12th century, the King of Scotland, Robert the Bruce, was declared an outlaw by occupying English forces. Left with a small force of 40 or so men, Robert began a guerrilla campaign against the vastly larger and better equipped English army, managing to eventually succeed against all odds and drive them out.

That summary? That brief synopsis that could have been copied and pasted from Wikipedia or IMDB? That is the tone that Outlaw King settles on for the entirety of its two and a half hour running time. Through daunting sword battles, military skirmishes both large and small, political intrigue, sex, violence, betrayal and vengeance, all of it is delivered with the tenor and passion of a high school history textbook.

The film starts with Robert, played by Chris Pine, as one of the princes of Scotland following the initial invasion of the English army. An uneasy truce between English and Scottish royals is established, while the Scottish people are still eager to rebel against their imperialist oppressors. Even as the insurgency of William Wallace continues, Robert is unwilling to plunge his people into another war just after losing one, in addition to fearing for the family of his new English wife, Elizabeth de Burgh (played by Florence Pugh). At least, I’m guessing that might be part of his motivation. It’s never really brought up.

Witnessing the injustices the English army commits against the Scottish peasantry and seeing their still-burning desire for freedom, Robert decides to continue the rebellion by crowning himself King of Scotland, only to have most of his forces immediately scattered or killed by an ambush. From there, he starts a campaign with scarce forces, and begins a risky tactical approach to taking back the Scottish land.

Outlaw King is a subgenre of a biopic that I like to call a “Wikipedia movie”. These are biopics that have scripts that might as well have been adapted from their subjects’ Wikipedia article. The dialogue is mostly clunky exposition, and very few color outside of the historical beats is granted. Why does Elizabeth happily stay with Robert after he declares war on her homeland? Why does Robert’s rival for the Scottish crown hate him? Who is James Douglas, Robert’s lieutenant played by Aaron Taylor-Johnson, and why does Robert suddenly trust him when a few scenes ago he was told to stay at the back of their procession? The film never gives the answers to these questions, because they’re things that are beyond Wikipedia articles, beyond chapters of history textbooks. To do that would add some flavor to a script that seems averse to the idea.

Not to say the rest of the film doesn’t try, and by God does it try. Chris Pine reteams with director David Mackenzie on the heels of 2016’s sleeper hit Hell or High Water, where he delivered what some hailed as his first truly great performance after a career of pretty boy roles in big studio movies. Outlaw King seems to be going for a similar effect, but there’s only so much that Pine can do with the stilted, boring material. Supporting players get even shorter ends of the stick, with perhaps the biggest victim being Billy Howle as the film’s antagonist, Prince Edward of Wales, who at times feels like he’s playing Prince John in a live-action remake of Disney’s Robin Hood.

The worst part of it all is, occasionally you can see some of the color that the movie as a whole is desperately lacking. Scenes of Robert and his men singing Scottish hymns as they carry their boats down a lake after a humiliating ambush, sudden graphic violence that pops like a champagne bottle after a particularly boring New Years party. But these happen despite the film as a whole, not because of it. By the film’s end, nothing has been gained that couldn’t have been gained from reading a book.

At least with a book, you have the option of taking a break. Outlaw King is 2 hours and 17 minutes long, and it somehow feels too long and too short at the same time. Too short in that motivations and characters are given a mere cursory glance, too long in that you feel almost every minute. Making an epic passion project after a mainstream breakout hit seems like a natural progression for any director, but for whatever reason, the leap is bungled here.

Outlaw King is a historical epic that feels like maybe half of a full length movie. The rest of it is cobbled together from articles and history books, like a homework assignment that was finished at the very last minute. I don’t know why it was rushed, or what the director’s actual intention was. All I can do is look at the failing product in front of me.

Outlaw King is a historical epic that feels like less of a movie and more of a Cliff Notes summary. 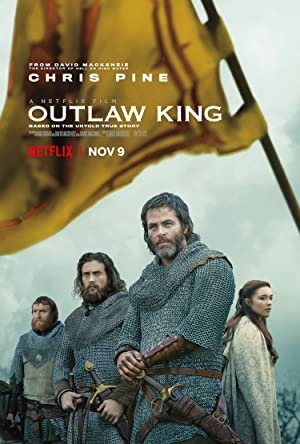