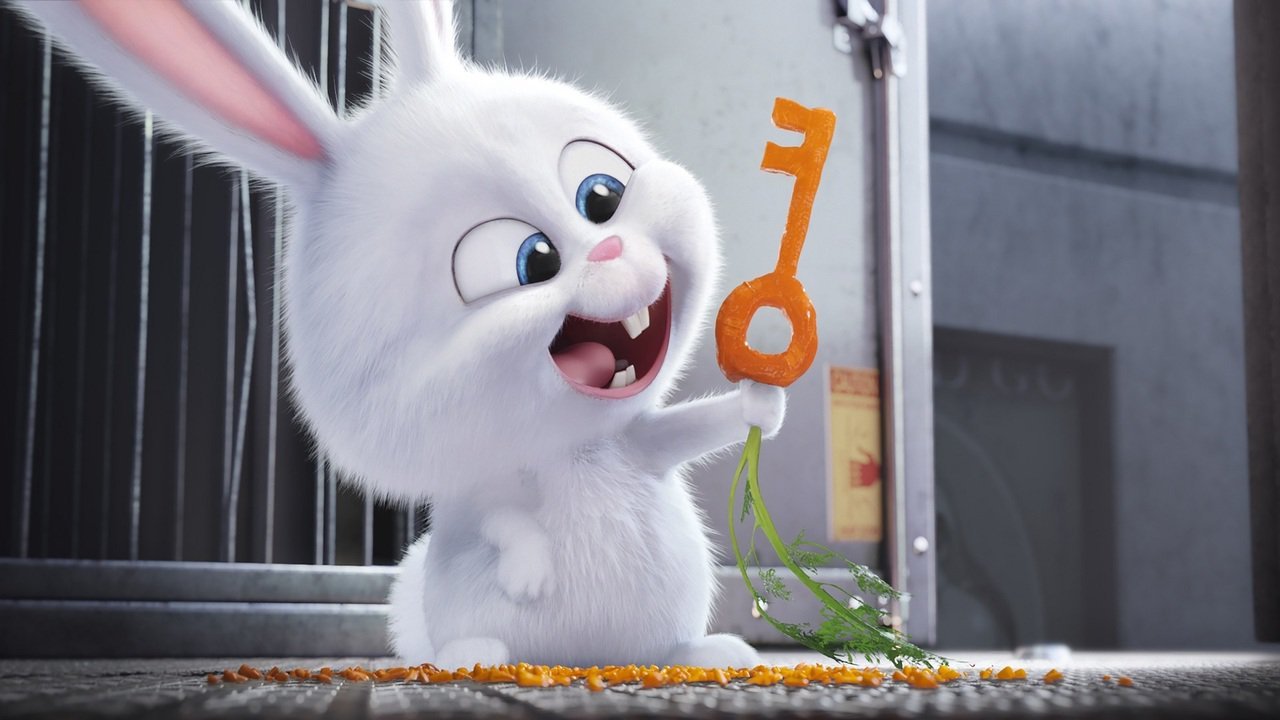 The Secret Lives Of Pets is one of those movies that are pretty much entirely summed up by the title. Ever wondered what would happen if pets were left alone by their owners? Wouldn’t that be friggin’ crazy?! You know, kind of like Toy Story only with cutie pie animals voiced by celebrities. If you saw the trailer, you get the movie. There isn’t much more to it. But on the plus side, it is a fun idea that is executed fairly well. After all, this is the latest production from Illumination Entertainment. They are the people who brought you the Minions, the most ubiquitous cartoon kiddie pleasers in recent memory. The folks at this studio sure aren’t Pixar, but they know exactly how to make unpretentious cartoon entertainment that never goes out of style. The type of thing that you used to watch on Saturday mornings and children now watch on Snapchat or whatever (It’s been a while since I was a kid). 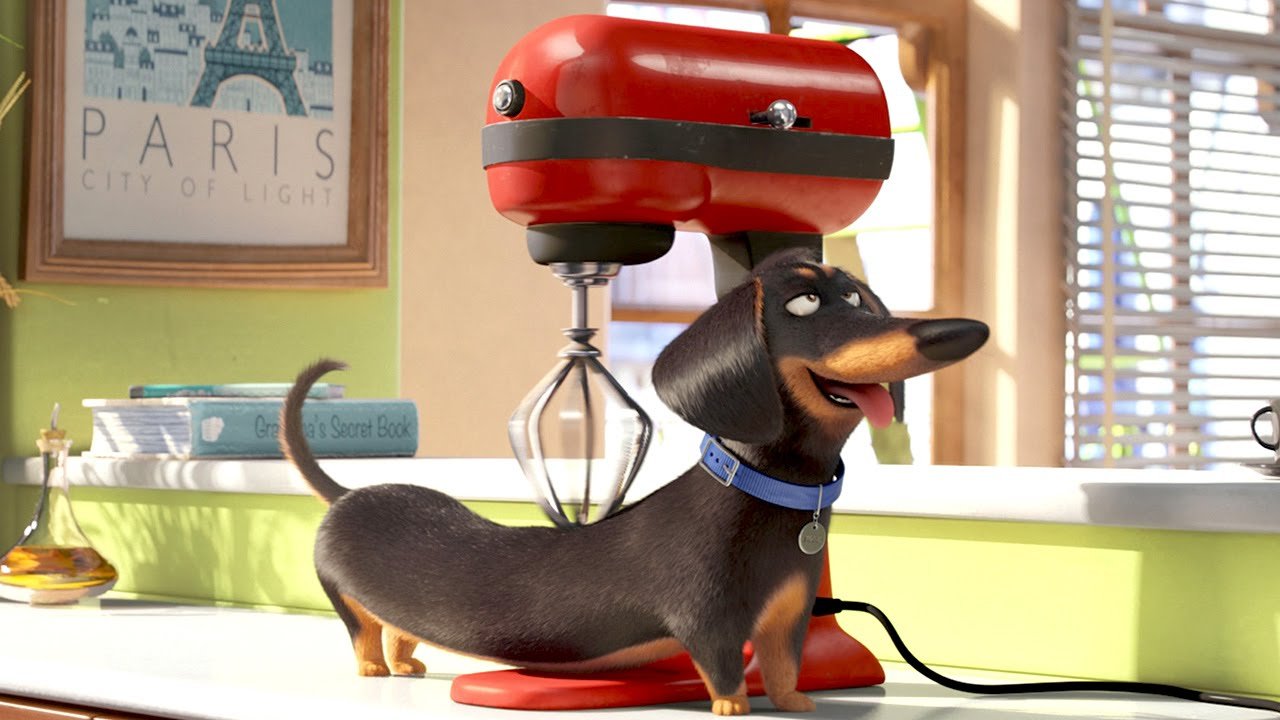 Of all people, Louis CK stars as the lovable little doggie at the centre of The Secret Life of Pets. His name is Rex (creative!). He has a loving master named Katie (Ellie Kemper) and an ideal life of lounging, eating and going for walks. Unfortunately, trouble slips into paradise when Katie unexpectedly brings home a massive slobbering rescue dog named Duke (Eric Stonestreet). It seems like it will be impossible for these two doggies to get along, and before you know it, their bickering leaves them lost and alone on the streets of New York. Idiotic dogcatchers are out to get them and a gang of human-hating strays lead by a psychotic/adorable bunny rabbit (Kevin Hart, naturally) join the fun. The only hope Rex has of getting home is a rescue team formed by Jenny Slate’s adorable fluffball of a dog and a gang of oddball animals like Albert Brooks’ gently evil hawk, Lake Bell’s selfish kitty, Dana Carvey’s old-timer dog, and Hannibal Buress as a wiener-dog (sure why not?).

The Secret Life of Pets isn’t exactly a movie that will win points for originality. In fact, it feels like it was compiled from bits and pieces of previous animated films and then shoved into a writers’ room full of comedians who crammed as many jokes into the script as it could contain without exploding. The story is pretty much an afterthought. The conflict between Rex and Duke is abandoned almost as quickly as it is introduced. The entire movie is pretty much a loosely connected series of slapstick action scenes and one-liner filled yuk-fests between well-paid comedians delivering stock jokes for 2-dimensional characters (only the animation is 3D here folks). It’s the sort of thing we’ve come to expect from these sorts of big expensive CGI family features and would be completely disposable and irritating were it not for the fact that well…it kind of works.

The thing about the Illumination Entertainment flicks like this and Despicable Me is that they are admirably unpretentious in their pure entertainment goals. Sure, Pixar remains the king of this particular field, serving up movies of genuine substance and ambition. However, their “story first” motto often sacrifices the simple joys of cartoon entertainment. Movies like The Secret Life Of Pets are the contemporary equivalent of goofy old Tex Avery cartoons. House director Chris Renaud and co. serve up pretty angular character designs and have a knack for piling surreal slapstick on top of itself for a non-stop blast of ADD silliness. It’s hard not to be swept up in the charming design, endless gags, and rush of bright pleasing colours. There’s a tradition of this sort of thing and Illumination merely delivers the biggest and most contemporary version. They even cast quite well, so that the famous comedians filling the credits all get a chance to deliver some jokes in their personal style. It’s dumb, but fun. Sometimes that’s enough.

Provided you aren’t expecting The Secret Life Of Pets to be anything more than it is, it’s hard not to be seduced. It is a clever—if simple—idea and it’s executed with talent, humour, and heart. The relentless pursuit of entertainment provided by everyone involved ensures that there’s a good joke or eye-tingling bit of animated spectacle every few minutes to keep you glued to the screen. Sure, it’ll be tough to recall anything specific when you leave the theatre, but by then you’ll likely be smiling too much to care. Would it be nice if every CGI animated feature strived to match the depth of Pixar? Well sure, but then again not every animated studio strived to match the artistry of Disney back in the day either. There’s room for pure silliness in the animation world and for now, Illumination Entertainment are the best at that particular low hanging fruit. In a summer that’s already given us Angry Birds (ugh…why?) and will soon serve up yet another unwanted Ice Age sequel, this little bit of dumb fun distracts just fine.

The Secret Lives of Pets is a clever—if simple—idea and it’s executed with talent, humour, and heart. 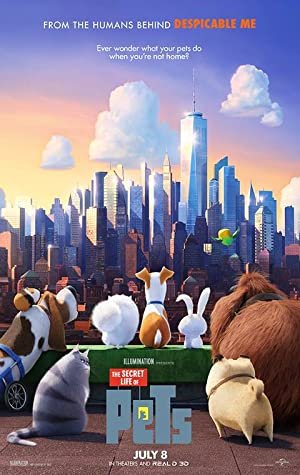