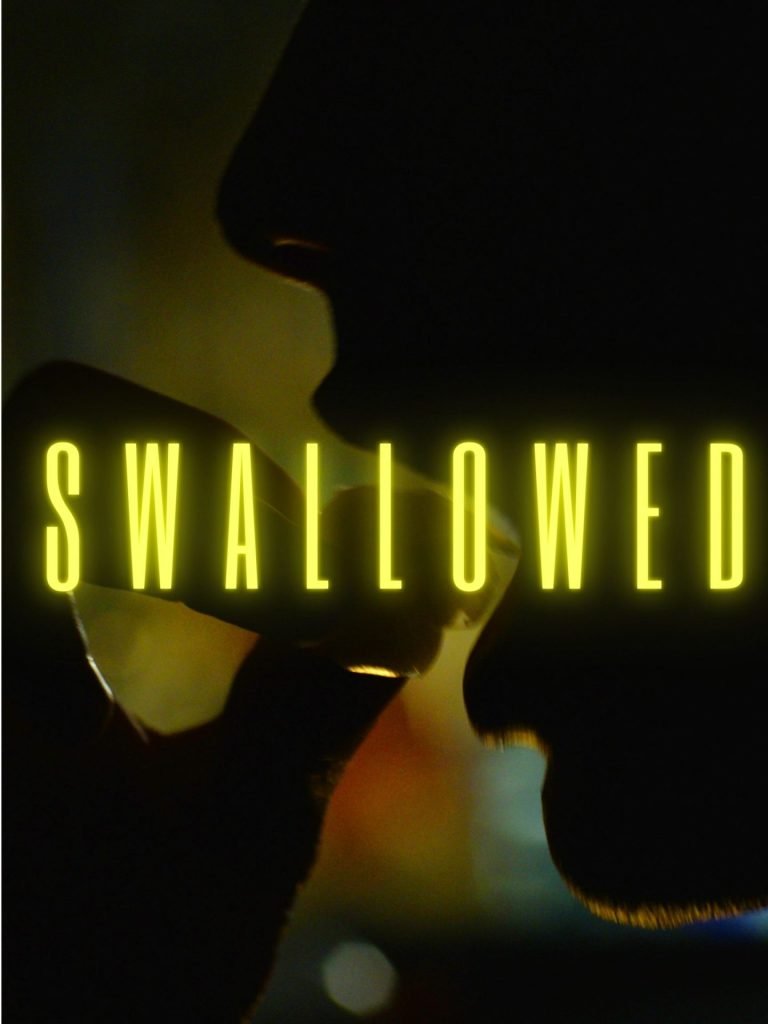 Fantasia Festival has kicked off, and first up on my docket this year was Swallowed. Directed by Carter Smith, this horror/thriller was said to encapsulate Queer Cinema in a new way, while still bringing body horror to the screen. The film was a trip, that is one thing I can say for sure.

Fantasia is known for twisted cinema through sci-fi, horror and fantasy themes, and Swallowed is no exception. From the description, I thought I’d be experiencing sexual tension and mystery, and couldn’t understand where the horror label fit in. It would spoil it to explain, but I promise, it goes places I didn’t expect. What starts out as a sketchy way for friends to make money becomes something so much more twisted, almost too much.

Swallowed features a very small cast of characters mainly surrounding Benjamin, played by Cooper Koch, and his various interactions with Alice (Jena Malone), Dom (Jose Colon) and the story’s villain played by Mark Patton. There is immediate chemistry between Dom and Benjamin, and the two actors actually go on to have some very tender and powerful moments throughout the film—and some truly cringeworthy ones. I can’t say the acting is flawless. While there are many powerful scenes, plenty of moments felt like forced tension, and some dialogue choices came off like amateur improv.

Jena Malone’s Alice is meant to be rough and tough, and though she tries—and occasionally succeeds—to command the scene, I never found her believable as an authority. Without her gun glued to her hand, a lot of the movie wouldn’t make sense. Swallowed did, however, bring a Queer villain that was truly despicable, without really making him do much. Mark Patton obnoxiously storms into the remote cabin immediately sexualizing the two young men who are clearly in trouble, painting himself obscene, letting viewers know he won’t be likeable.

Swallowed manages to represent the LGTBQIA2S+ community naturally, which was refreshing, especially in the horror genre. Many times in film rather than being taken seriously, Queer characters are an afterthought, stereotype or comedic relief, often very boisterous and flashy.  There was no big announcement about anyone’s sexuality or that our lead himself would be Queer. They just were, as it should be. Hard subjects are explored, like questioning sexuality and prejudice—which ultimately leads to the chaos in the film.

Though our villain can be put into that stereotypical box, our lead, Benjamin, is also gay, and Dom claims to be straight. The two clearly care for each other and that becomes more apparent as they go through Hell together. Swallowed beautifully displays a complicated Queer relationship without the need to make light of the situation, and it is felt throughout the film, even with all the absolutely out-there happenings around them.

“Swallowed manages to represent the LGTBQIA2S+ community naturally, which was refreshing, especially in the horror genre.”

All of those tender moments aside, this movie absolutely had me squirming during plenty of scenes. Swallowed makes sure to match every ounce of drama with an equal amount of graphic detail, whether that be through sound, acting or visual effects. There were close-ups I could have done without and noises that made my skin crawl, so it was on point for the genre. Swallowed manages all of this without almost any actual gore, which is impressive to say the least.

Though Swallowed had bits and pieces that really fit together, the story itself falls apart. Of course, I could accept some outlandish sci-fi concepts which could bring in an audience that wouldn’t usually check in to Queer cinema or even crime-dramas. But there were motives and plot points that seemed irrelevant or outright didn’t make sense. Body horror moments were simply used to shock, rather than bring actual depth to the story. The film didn’t grip me right from the beginning. I found myself with questions and ultimately had to accept what happened and move on to enjoy the next gross-out moment.

Swallowed is a film that looks predictable from the get-go, but takes unnatural twists and turns that will have you squirming. Though it is an excellent, natural portrayal of Queer characters, the film places their love story at the centre of it, with the actual horror as the afterthought, leading to a plot that doesn’t always make sense. If you’re a fan of the genre, it is worth a watch, but don’t expect the cinematic experience of a lifetime.

Swallowed manages to create a truly gruesome experience without any blatant gore while displaying completely natural Queer representation. Unfortunately, that tied with shocking body horror isn’t enough to cover up the plot holes and dialogue issues that ultimately pulled me out of the experience.
REVIEW SCORE
6.5
File Under: FANTASIA, Fantasia 2022