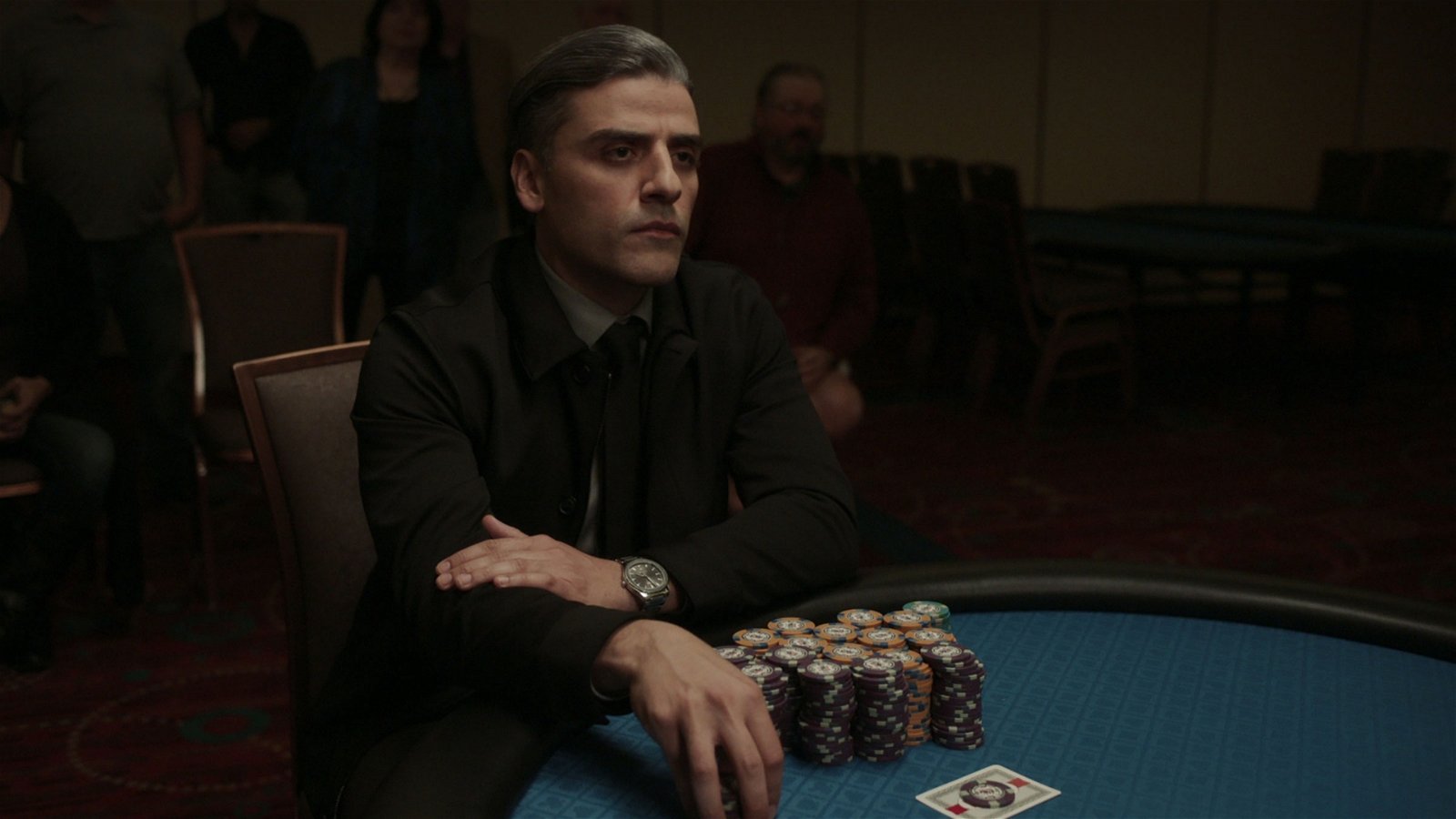 Despite the ups and downs of Paul Schrader’s career, he’s anything but predictable. While The Card Counter is a fairly loaded title, it goes down a path that you wouldn’t expect. And like some of his work, it has mixed results, full of mystique and plenty of brooding and psyche delving.

Oscar Isaac is William “Tell” Tillich, a former soldier who just got out of prison and learned to count cards on the inside. He’s a man on a mission, calculating and sombre, and even recreates the interior of his prison cell while he stays in motels. He has no connections to the outside world. At first.

The Card Counter starts off like a typical gambling film, voice-over included. We’re given a quick rundown of blackjack early on, like any standard gambling film would. Then it’s onto poker, and roulette. Schrader, through Tillich, espouses the virtues and vices of each game through pontification, as he starts to insert himself into other people’s lives.

First, it’s someone who backs gamblers named La Linda (Tiffany Haddish), then a young man named Cirk (Tye Sheridan), who is somehow linked with Tillich’s past. Brick by brick, we start to get the bigger picture of Tillich’s life, and how he ended up in prison, his motivations, and what drives him.

“While The Card Counter is a fairly loaded title, it goes down a path that you wouldn’t expect.”

It’s a Taxi Driver-like role for Isaac. There’s a lot of uneasiness to it, to the point of hubris and parody at times. But he always maintains the façade as Schrader lays on the morality of the tale as well as some unexpected twists and turns. The Card Counter is flawed, but it’s also genuinely entertaining. Tillich is an enigma, wandering through life as we question his next move.

I have to say, I was there for it, for the most part. There are moments where I was questioning the pacing, but sure enough, cyclically, it returns to bowl down the pins it set up. In a world full of static and predictable thrillers, The Card Counter has a surprise ace up its sleeve, even if some of its messaging is muddled and clumsy.

It’s hard to really turn down a drama that stars Oscar Isaac. In some way, shape or form, he’s going to deliver, and he has a little help this time with a charismatic performance from Haddish and a hurried/uneasy turn from Tye Sheridan. Best of all? It’s a complete film, as Schrader says what he needs to say, gets in, and gets out.

Oscar Isaac delivers a piercing performance in this sometimes run of the mill gambling thriller. 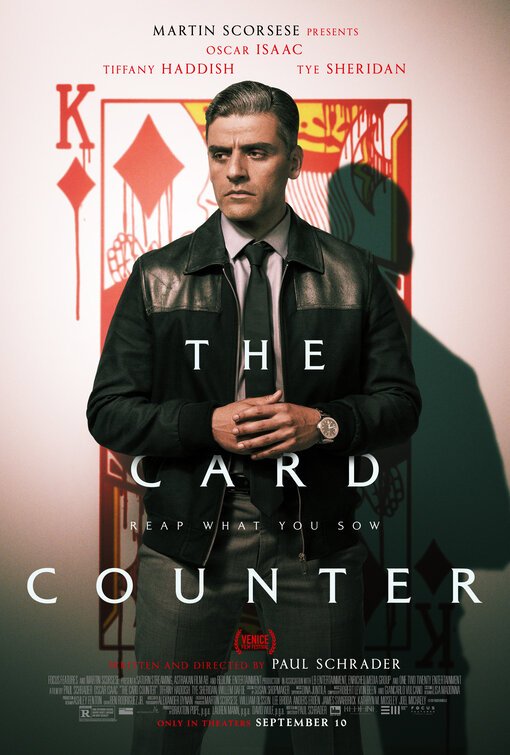