The Fast and the Furious: Tokyo Drift (2006) Review 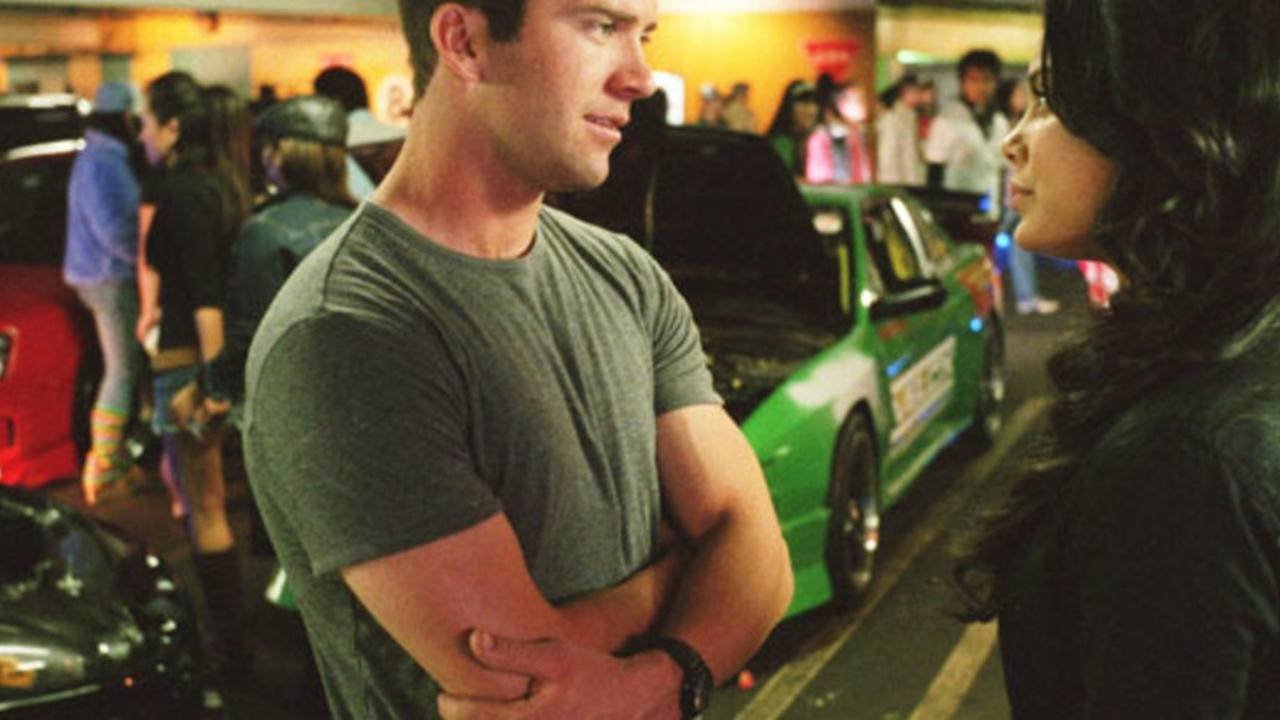 As bizarre as this sounds, The Fast and the Furious films get better with time, each improving upon the other. Part of this success is that each film learns from the one’s past; finally the producers have cast off the borderline ludicrous undercover cop storyline in favour of telling a tale about kids who are basically good, with the exception of their need to drive so fast it’s illegal.

So, just like the adventures of the Teenage Mutant Ninja Turtles and the Bad News Bears, the action for part three moves to Japan, so that we might enjoy some hilarious scenes of an American trying to assimilate into a foreign culture for the millionth time. But I knew this film was going to be different when I saw one of its stars in an interview talking about how this was the first film about drifting and I thought, “well now I have to see it.”

Tokyo Drift casts off everything that had to do with the first two films except for the concept of street racing and a neat little cameo at the end that made me grin. We start in an average American high school, where an average American kid named Shawn (Lucas Black) is going about his day. He’s challenged to a race by the local pigheaded jock played by Zachery Ty Bryan; not an overly inspired start and ten minutes in I was beginning to be bored enough to start wondering if Bryan ever gets tired of being typecast as a pigheaded jock.

But then something interesting happened that I wasn’t expecting; when the race between Shawn and the jock goes down, it ends in a horrifying smash-up. Of course everybody walks away okay, but the movie showed very real consequences to person and property from illegal street racing. Shawn is apparently some kind of renegade that gets run out of town everywhere he and his mother go because of his speed racer ways. So he’s given the choice of either cooling his heels in juvvy or catching the next plane to Tokyo to live with his father.

Obviously, Shawn chooses the latter and he’s off to the Land of the Rising Sun. He moves in with his father and takes up residence in what could loosely be described as a closet. He goes to the local high school where he hooks up with fellow ex-pat and small time hustler Twinkie (Bow Wow). Twinkie introduces Shawn to the Tokyo racing scene where he starts crushing on a girl named Neela (Nathalie Kelley) who’s actually the girlfriend of D.K. (Brian Tee) whose uncle is the kingpin of the Japanese mob.

Shawn, being the brain trust that he is, accepts a challenge to race D.K. However, his unfamiliarity with the Japanese style of high speed racing on courses with hairpin turns and switchbacks (AKA: drifting), ends up putting him in debt to D.K.’s rival Han (Sung Kang). So Shawn begins a descent into the Japanese underworld that at first is all in good fun, but soon internal politics between rivals become a matter of life and death.

That’s another thing I liked about this film, the stakes seemed real. We’re not dealing with Paul Walker’s renegade cop Brian who somehow manages to be completely clueless while staying two steps ahead of the wily villains. These kids seem genuine; when they’re in over their heads, they are really in over their heads. In rooting for these characters you feel a little bit like The Simpsons’ Judge Schneider, they’re basically good kids and I guess boys will be boys….

Another positive change, like I said before, is that the characters are forced to face the very serious consequences of their actions. Don’t get me wrong, this isn’t One To Grow On, but there’s still a lesson that Shawn has to learn, that he has to take responsibility for his fine mess and realize that the things he does affects others, often to greater severity than the fates that befall him.

Although I laughed at the initial thought that drifting was going to be some sort of revelation that was going to take car chases to the next level, I have to admit I was won over by the concept. There’s a kind of grace to the chase scenes thanks to drifting. Also, we get several great scenes of Shawn’s drifting training, which was a neat addition, seeing the driver struggle to master a key maneuver before he can take the master.

The characters themselves weren’t all that inspired, typical teen movie stereotypes for the most part and I found Tee’s D.K. a little too reminiscent of Ricky Yune’s Johnny Tran from the original Furious. However Kang as Shawn’s drifting Yoda Han was a cool, laid back, almost comical performance, and the legendary Sunny Chiba was an inspired choice for the Japanese mob boss.

In my video review of the first two Furious films I made a special note of saying that these films are not high art, but they do accomplish what they set out do: pure entertainment. Director Justin Lin may pack some next level subtext between car chases, but he never forgets the reason people are coming to see this thing in the first place.

Sure, if you stop for a moment and consider all the little questions your eyes will bulge and you’ll get the slightest hint of a migraine in your temporal lobe. Questions like, why does every one in Japan speak English, even amongst themselves? Or, where do all these cars come from? Why is there no gridlock in a city of 36 million? I thought Japanese schools gave a lot of homework, where do they find time to race cars? If Shawn’s dad is in the military, why isn’t he living in base housing? And so on, you get the picture.

I give The Fast and the Furious: Tokyo Drift an enthusiastic pass because it knows what it is and has no pretensions about what it's out to do. I only wish the studio had the guts to call this 3 Fast 3 Furious, now there's a movie that demands to be seen. 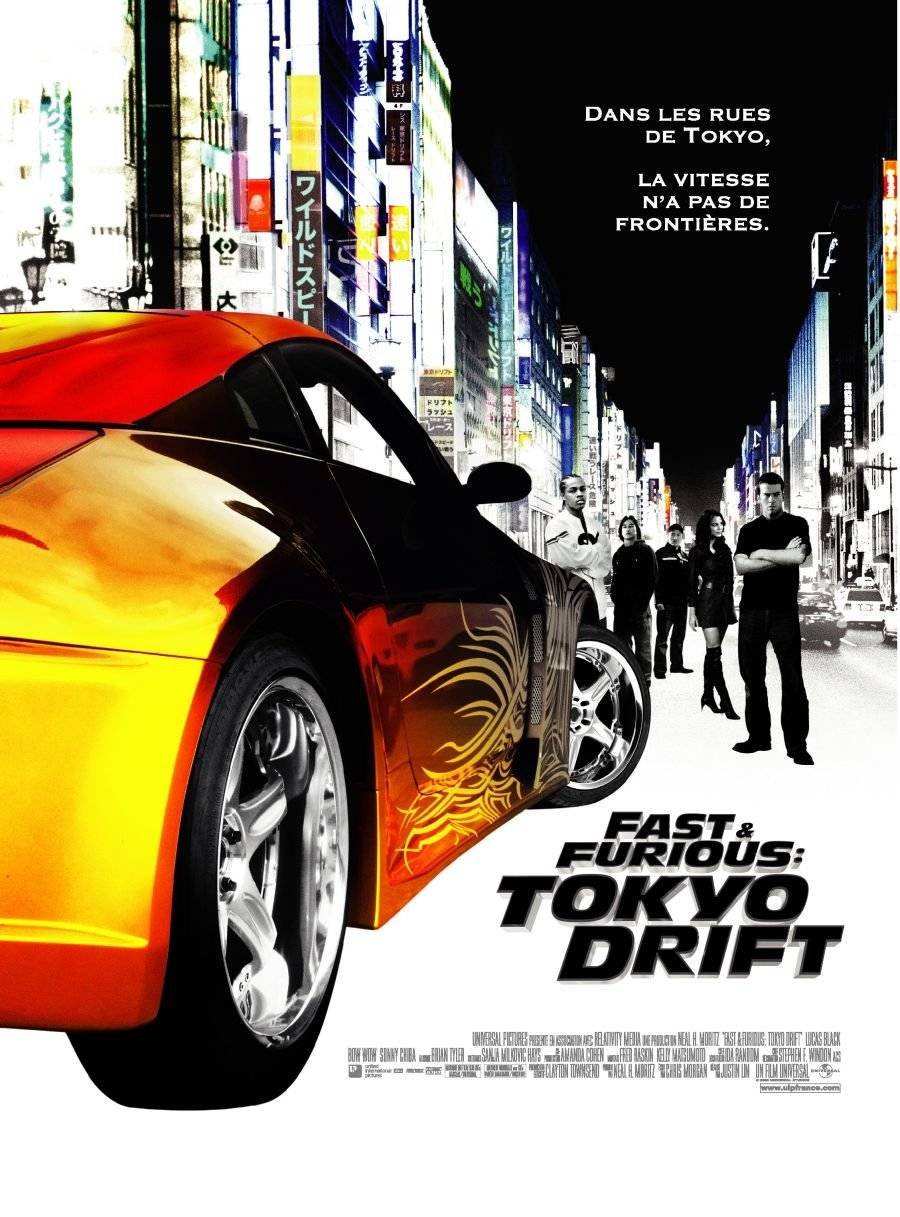