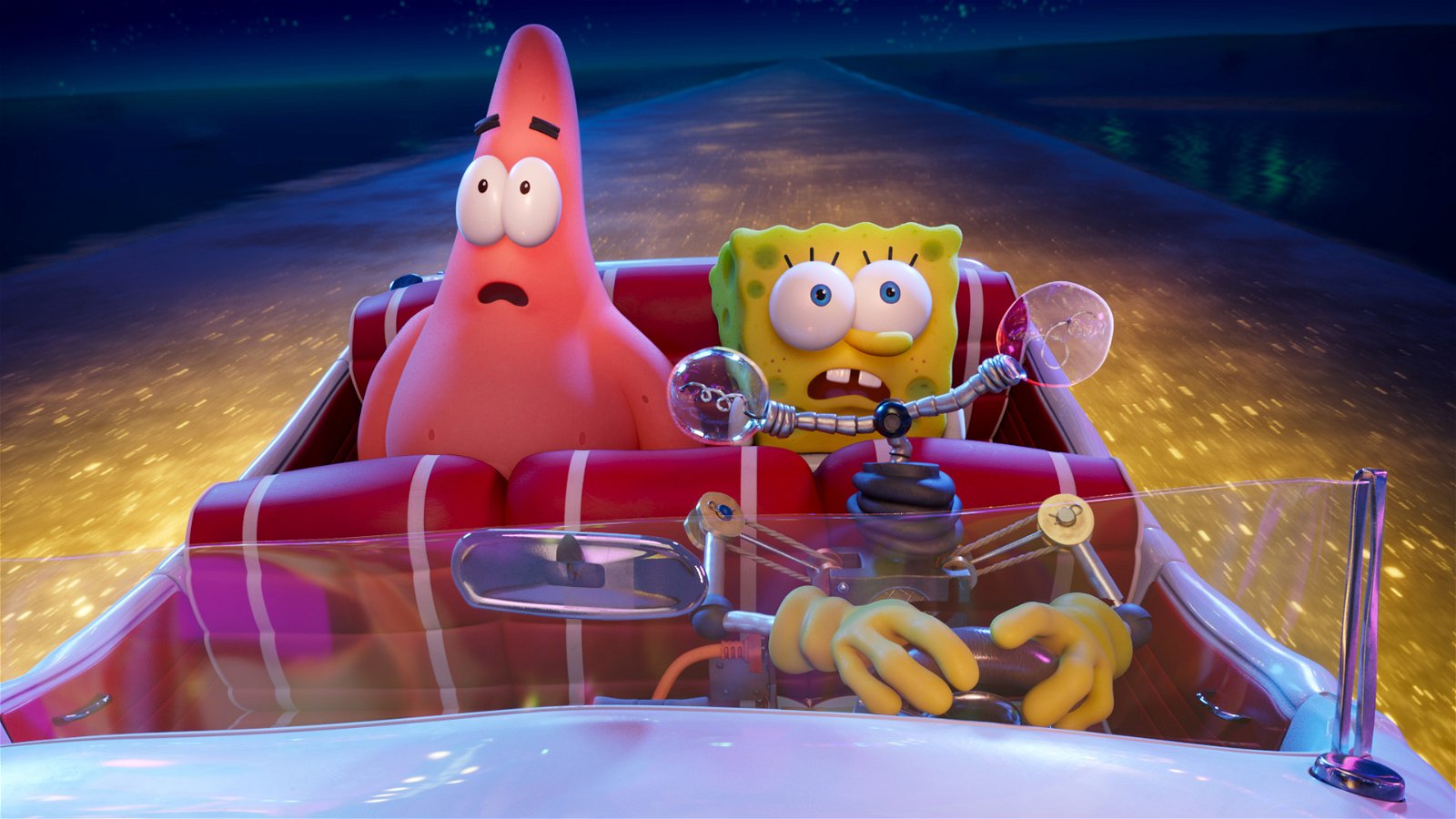 That’s the only predominant thought I had coming into Sponge on The Run. The third film based on the 20(!)-year-old Nicktoon is one of the first major theatrical releases during the current COVID-19 pandemic – at least in Canada, anyway. The US won’t get the movie until 2021 on VOD. Will this be the movie that convinces Canadian movie fans to come back to a big-screen experience? Not really.

The setup is immediately familiar to those who’ve even slightly watched the show. SpongeBob SquarePants (Tom Kenny) is living the good life living in the underwater town of Bikini Bottom, spending his days working as a fry cook at the Krusty Krab and goofing around with his friends. This time around, his beloved pet snail Gary gets kidnapped by King Poseidon (Matt Berry) and must travel to the Lost City of Atlantic City with his best friend Patrick (Bill Fagerbakke) to get him back.

This is the first Spongebob movie to make a full shift to CG animation, and it’s honestly all the lesser for it. The whole movie feels oddly restrained because of the animation switch. It never gets as weird or hilarious some of the show’s funniest moments, or even from the last 2 movies. There’s no moment that gets as delightfully insane as the time-travel sequence from Sponge Out of Water or the Goofy Goober Rock scene from the original movie. In its place, we get a lot of gags that feel ripped out of a lower-tier Dreamworks movie. There’s no way to make a casino scene set to Livin’ La Vida Loca not tired in 2020. The closest it comes to capturing that absurdity is an extended sequence involving a scene-stealing Keanu Reeves as a talking tumbleweed, and even then it feels like a lesser version of those prior moments.

The strongest points of the movie are the points where they delve more into SpongeBob and Gary’s friendship. Those parts do work at tugging on the heartstrings a bit and it’s something that feels honest and genuine. There’s even a sweet bit where they flashback to how the pair met for the first time. However, the movie stops for about 15 minutes afterward to do the same with the other characters and it becomes less of a character-building moment and more of a commercial for that Kamp Koral show CBS is airing next year. And I’m not one to argue canon (especially for SpongeBob), but some of the things they introduce in these flashbacks don’t make sense at all within the show.

Overall, it’s just a shame that a show as creative as SpongeBob can come off as stale, but that’s unfortunately the case with Sponge On The Run. Kids will love it because it’s more Spongebob on the big screen, but any older fans should just stick to rewatching the older episodes online.

While it’ll be loud and colorful enough to entertain younger viewers, but Sponge On The Run lacks a lot of the creativity that’s made the show last so long with fans. 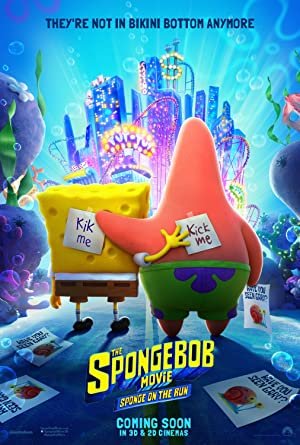