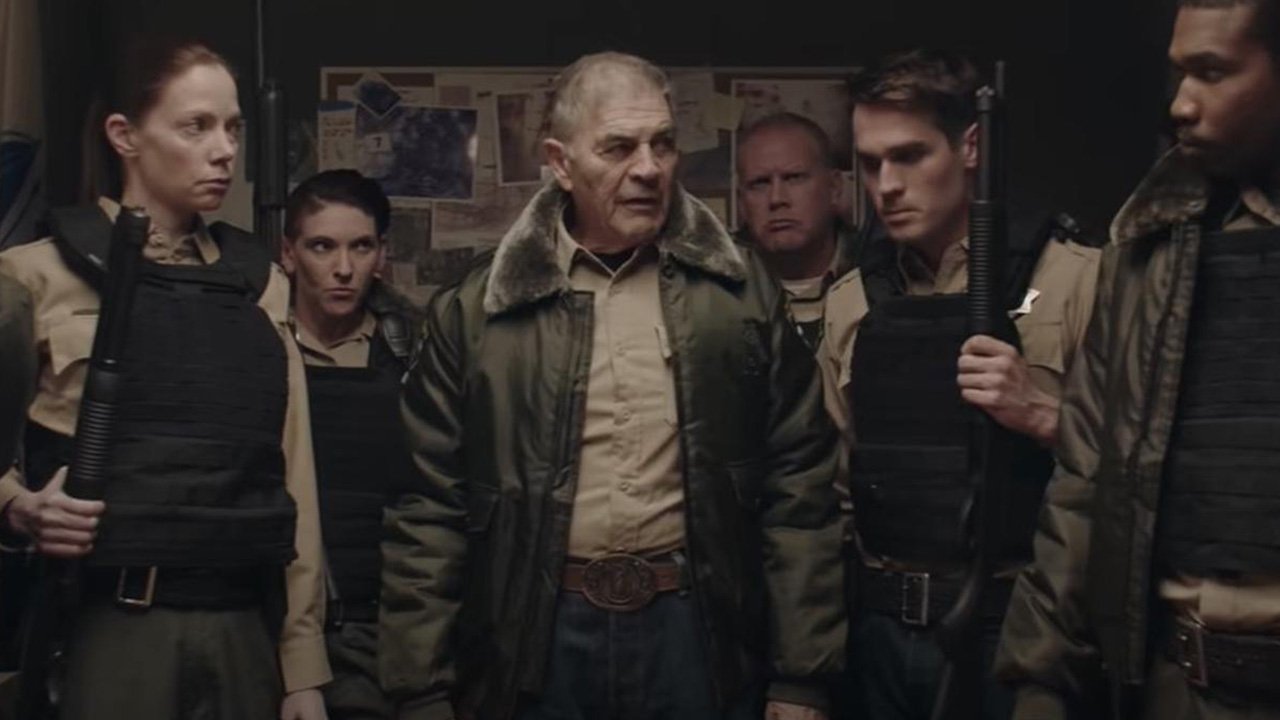 Horror-comedy can be a fine line to walk. Too much of either genre can spoil the roast as it were, but director Jim Cummings manages to come up with a win with Wolf of Snow Hollow: mostly thanks to some mesmerizing and raw performances.

The “something is killing innocent people in a small town” motif has been done a billion times over, but Snow Hollow is a bit different. Jim Cummings plays officer John Marshall; the son of the head of a local precinct in charge of tracking down said killer, and the energy he brings to the table is very similar to his erratic and heartfelt turn in his previous directorial effort: Thunder Road. This is a weird movie, with characters that sometimes act irrationally for effect; occasionally for the sake of being in a horror-comedy.

Jim Cummings himself is hilarious, with an impeccable sense of comedic timing: he reminds me of a deadpan Bill Murray in a Wes Anderson flick and is a big reason why Wolf of Snow Hollow works. But on a dime the film can turn into a straight drama, with weighty repercussions for officer Marshall: an alcoholic still reeling from the sting of divorce, as well as polarizing relationships with his daughter and father. It can be tough to get used to, especially since the narrative mostly plays with a horror sensibility; while the characters themselves add to the absurdist feel with funny lines and ridiculous deliveries.

It can also be brutal when it needs to, reminding folks that this is part horror at the end of the day. While I won’t spoil the nature of the killer, suffice to say those sequences are slightly harrowing while not overly relying on a slasher-esque gimmick. Cummings also accents the fast-paced action with interesting quick dramatic cuts. At this point he has two feature films under his belt and seems to really have the hang of it.

It’s odd though, because pacing can be an issue. Cummings (who wrote the script) has a story he wants to tell, but only an hour and 23 minutes to tell it. Normally this is where I’d be saying that brevity is the soul of wit (and for the most part, it is, even here), but there are some beats that are glossed over in favor of moving the story forward. Although the characters can be absurd at times, I would have liked to linger a bit on some of them before moving on entirely.

The Wolf of Snow Hollow can be confusing as it frequently dances between being low and high brow; which I can see alienating a lot of potential viewers. But Cummings himself is charismatic enough to drive the feature forward when there are lull periods. The mystery might not be the most revelatory, but it was a thrill getting there.

The Wolf of Snow Hollow, like Jim Cummings’ previous effort, is an interesting and sometimes nuanced watch. 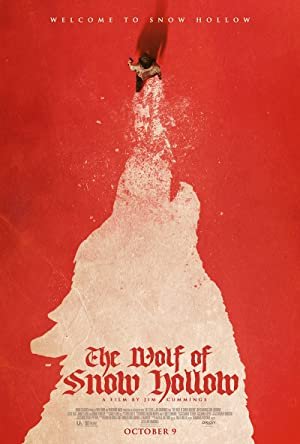