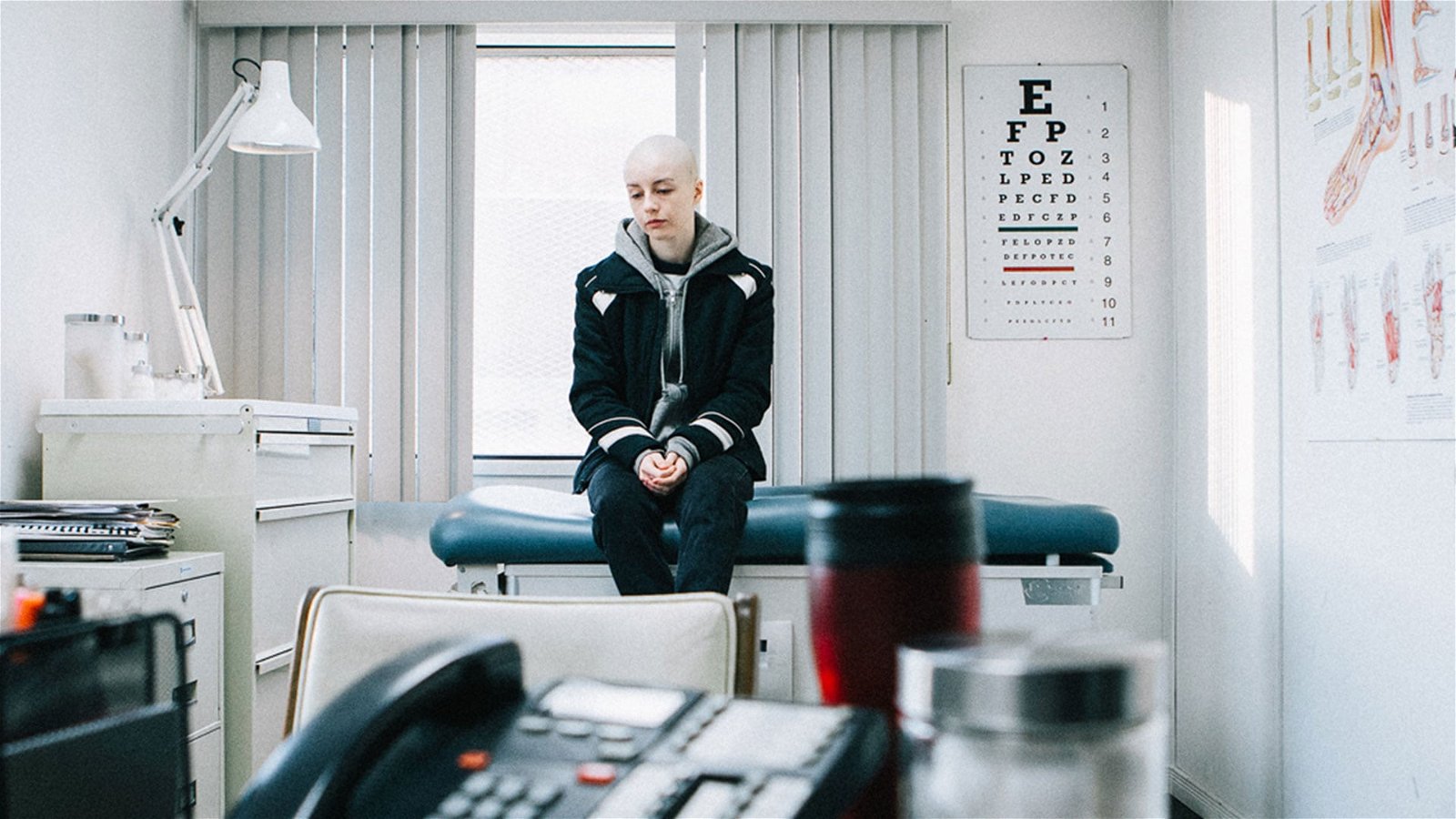 White Lie opens with a rather bleak look at a woman with a shaved head, and you can pretty much feel the gut-punches coming from there. Although the opportunities are endless when dealing with a film about a life-threatening illness, White Lie deals with a very different subject: lying about it.

Brilliantly, White Lie fast-forwards us to the apex of Katie’s cancer storyline. She’s already sold it to friends and family, she has a highly successful fundraiser as well as a supportive girlfriend and even has her own production dedicated to it. We get all of this with very little exposition until her medical records are called into question five minutes in, and we’re along for the ride.

Kacey Rohl is no stranger to beefy, hard-hitting roles, and she was the perfect choice here in terms of soliciting both anger and sympathy from her audience. Her turn in the Hannibal TV series was no cakewalk, and she’s equally impressive here as Katie. There are some really emotional scenes she has to sell in White Lie, and she’s more than up for the task, walking a fine line without overselling it. You get the sense that she’s in over her head and in control simultaneously through body language, and we’re mere passengers, somnambulists, during this hazy, horrific journey.

Although the concept might not be an exciting prospect for some, White Lie makes the most of its runtime and ramps its tension without getting too extreme or cartoonish. There must have been a temptation to do that to the script, to go for broke with material like this, but the writing duo (who also directed and produced) of Yonah Lewis and Calvin Thomas reigned that impulse in. What we end up getting is a focused film with Rohl front and center, slowly unravelling before our eyes as we try to make sense of it all. What we end up getting is a far cry from a feeling of “rooting” for her, but it’s easy to become invested to see how she’s going to handle all of the insurmountable problems that her life throws at her, and just how resourceful she can be.

Pretty much every aesthetic facet of White Lie feeds into its message. The sanitized clothing and saturation give you a blank slate in which to paint your conclusions. The irregular soundtrack does a fantastic job of keeping the audience unnerved, even during activities that would otherwise be deemed innocuous. When something really hits the fan in White Lie though you know it before you even realize what’s happening. It smartly tosses us near the end of a story, and has strong leads to support all of the weight and responsibility a tactic like that requires.

White Lie is bolstered by strong performances that draw us into a world that could have been considerably smaller than it is. 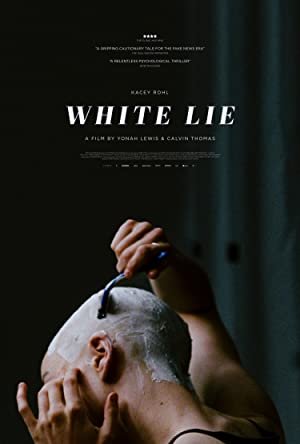