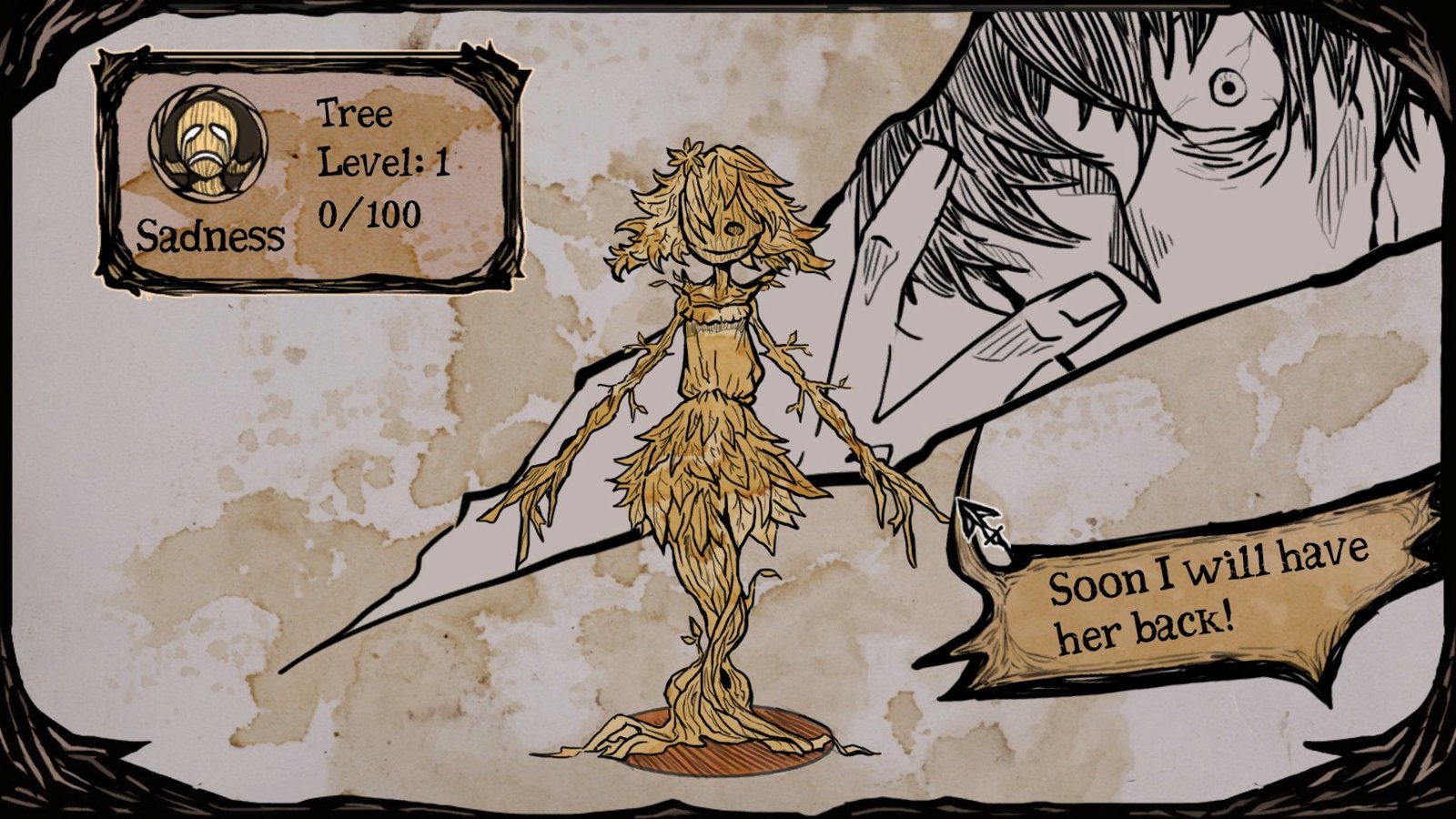 My Lovely Daughter is a macabre and moody point-and-click adventure simulation game from GameChanger Studios.

The game opens with Faust (a rather fitting name), an amnesic alchemist who awakens in his large manor, which apparently at one point, fostered large crowds of people. As Faust, the player soon discovers what looks like a discarded doll, however, upon closer examination, Faust believes it to be the lifeless and cold body of his daughter.

Next to the body of his dearly departed daughter, a stone and a large tome. Instinctively, Faust realizes that the stone is a soul orb, which the game refers to as the physical manifestation and vessel for the human soul.

Unfortunately for Faust, he soon discovers that the soul orb lacks any affinity or power, luckily the magical book happens to have several alchemist circle diagrams that help jog Faust's memory.

From this intro sequence, the player gets introduced to the main core loop within My Lovely Daughter.  As Faust, players take on the task of summoning homunculi (decidedly, of the fairer sex) that have different affinities, which the game displays as four distinct emotions: Fear, Sadness, Joy and Anger. The specified affinity or emotion is determined by the type of items used to summon said homunculus.

Summoning requires three items that need to be placed within the main summoning circle located inside the starting area of the game.  Summoning items include wood, clay, meat, iron and eventually, water, they also can come in three different tiers or levels of quality, with higher quality items resulting in a higher level summon.

The Homunculi start off at level one, but either through a high quality summon or over time, and through care, it can reach level 10. Players can aide Faust and his Homunculi daughters by going into town for work, which advances the in-game time one week. The town consists of several vendors, most of whom offer jobs for your Homunculi daughters, with different jobs having different emotions, meaning players must put care into choosing what jobs match the affinity of each corresponding homunculus.

In addition to jobs, Faust will sometimes get the opportunity to take on requests from various townsfolk; these usually boil down to giving them a few pieces of mid or high-quality items. Requests always give more money than sending your daughters out to work, however, they are time sensitive and expire after a week or two of in-game time.

Every couple of days, a full moon will appear, this is the ideal time to sacrifice a homunculus and infuse its soul into the body of your deceased daughter.  Unfortunately, due to time restraints (and the game getting stuck in a glitched state, forcing me to start a new game), I cannot say with certainty what the end-goal of infusing is, aside from trying to reanimate Faust's daughter.

My favourite aspect of the game would have to be the numerous homunculi the game has on offer for the player to summon and discover. The best way to describe it is something akin to Monster Ranchers or any good Gatcha or loot box based mobile game, in that each summon is dependant on the quality of the ingredient in addition to the combination of other ingredients, minus the overly random aspect usually associated with the genre.

From the little over two hours, I spent with My Lovely Daughter I had managed to summon around 12 unique characters, ranging from a rodent-like chimaera to a young girl in armour and even one composed of what looked like pieces of steak or meat.

This aspect of the game in some regards can be looked at as a flaw, in that, I found myself way more interested in trying to discover unique summons, rather than worrying about resurrecting Faust's daughter and maintaining her level of decay.

My Lovely daughter requires patience, it is a slow and narrative-driven experience, requiring a lot of trial and error.

A criticism with the game is that after the initial introduction, the game doesn't offer much regarding guidance, with only vague hints that feel more like story elements that unlock within the pages of the magical tome over time, this can lead to some moments of tedium and repetition.

Visually, My Lovely Daugther features beautifully illustrated impressionistic art, which makes the game feel it was ripped right out of an illustration found in a Charles Dickens novel or perhaps even something befitting of  Edgar Allen Poe. Rich black lines contrast the old tarnished, papery look of the foreground and characters, helping sell the distinct old-world vibe of the game.  To really set the mood, the game features a sombre instrumental timbre that occasionally gives way to the creepy and wretched screams of sacrifice, intermingled with other creepy sound effects.

My Lovely Daughter isn't a game for everyone, but, for those who are into the dark and macabre and have the patience of a slower paced, story-driven game, should consider checking it out.

Final Thoughts
My Lovely Daughter is a game that shouldn't be missed by fans of point-and-click games and especially those who are into horror or macabre themes.
More From CGMagazine