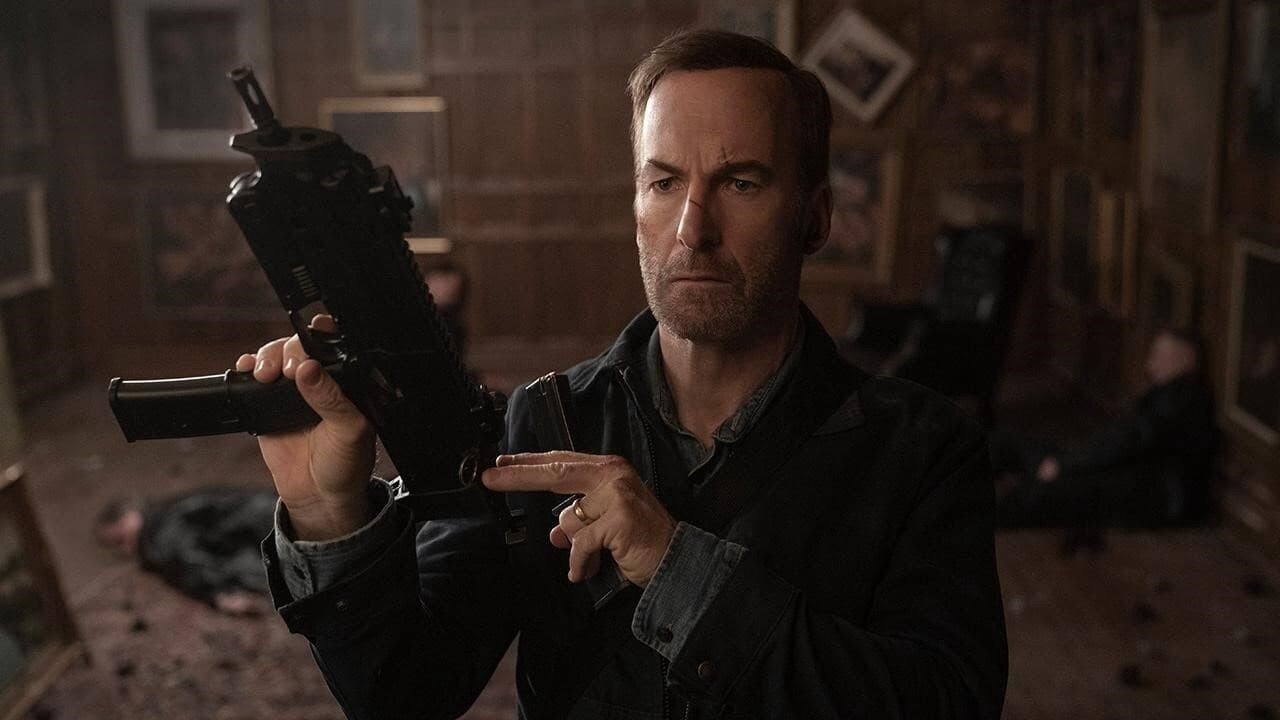 Bob Odenkirk has absolutely exploded in popularity in the last….five years even. He’s always been a fixture. He was plugging away at SNL skits before a lot of folks were even in diapers, and between his work on Mr. Show and Breaking Bad, he’s morphed into an incredibly formidable dramedy combo force. Nobody, a story about a well-to-do normal man who decides to fight back, is pretty much a perfect script for him.

The basic premise reminds me of Falling Down, and just as Odenkirk has shades of Michael Douglas in him, it’s easy to get sucked in. A man who lives a rote daily routine starts to question his life, and breaks bad. Or breaks…aggressive, as it were. Odenkirk’s everyman persona slots nicely into this fantasy. We can believe — both the character of Hutch Mansell and Odenkirk himself — are on the level.

Nobody also benefits from a strong opening. We get a mystery (Mansell is handcuffed and sitting at a table), and his house is robbed four minutes in. He backs away from confrontation, and his son, who tries to stop the assailants, rebukes him. The look Odenkirk gives when his wife tells him he “missed the garbage” as the family tries to put their life back together in the aftermath; it’s that same blank lifeless stare I’ve seen so many times growing up, with parents at the end of their rope.

This really is the Odenkirk show. Others come and go, usually leaving a lasting impact, but not lingering too much. Slowly, we’re introduced to more of Mansell, and his checkered past. As soon as Mansell has his first conversation with his half-brother (RZA), you can guess everything that’s going to happen. It’s here that the film sort of devolves into a clichéd Tin Star/suburban John Wick, with a touch of Home Alone. But devolved as it may be at times, it can still think and walk.

Surprisingly, I found myself loving the tone and the editing. It’s fast-paced and doesn’t waste your time. Even events like Mansell going to work and riding on buses can be tense. Normally films would linger on these often pointless moments, but Nobody keeps moving to the good stuff. When you account for the fact that Ilya Naishuller also directed Hardcore Henry, it all makes sense. Add on surgical action scenes that are satisfying to watch, and you got a popcorn stew going.

As far as the “seemingly normal people are actually Equalizers” genre goes, this is higher up on the list. It’s short, to the point, coherent, and Odenkirk is worth watching pretty much at all times. It’s not going to blow your mind, and a bit of the premise was skimmed off the top, but it’s a fun watch.

Nobody is a predictable, yet enjoyable action romp with America’s favorite everyman. 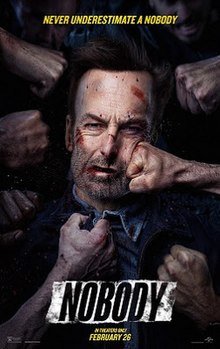