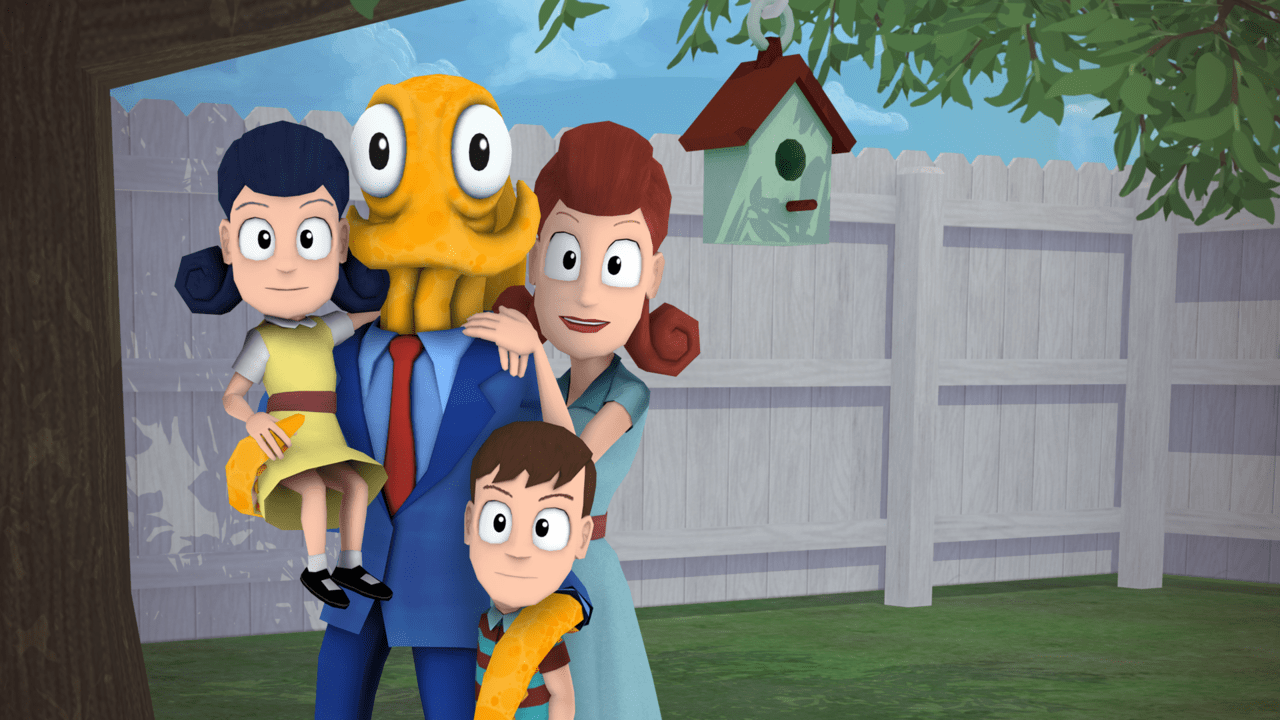 The reason some people play indie titles is that the more experimental nature of these smaller games allow them to go places no sane, AAA publisher would allow. Octodad: Dadliest Catch is nonpareil in this regard. You play an octopus disguised as a human, married, with kids, and constantly evading pursuit from a deranged sushi chef. Clearly, Activision is not going to pump out this game on a yearly basis. And that’s their loss.

People need to understand that while Octodad is a comedy, the comedy comes from the game systems themselves, not from jokes written up for wry delivery—although those are in there too. Octodad’s premise is simple enough; it’s a third person “action” game that only requires you complete certain tasks to advance to the next level. These tasks range from simple things like clearing off a table to sneaking past groups of marine biologists. But there are two things that make this a far more surreal experience. 1) You are doing this as an octopus in disguise, and if a “suspicion meter” crosses a certain threshold, people finally realize your true nature, and 2) the controls are intentionally horrible.

And that’s the game. The physics of Octodad’s limbs are wildly unpredictable, assigning each limb to different triggers on the DualShock controller with actual maneuvering put on the analog sticks. There’s even a local co-op option that lets two different players control two different limbs. For the most dedicated of PS fans, there’s an also an option to use the Move controller if you have one around, and in some regards, it actually works better than a standard controller, though it’s still hilariously unpredictable when it comes to fighting Octodad’s flailing limbs.

This is where the game is going to divide people. It’s short, clocking in at only about three to four hours depending on how you play, and the game is a constant battle against the deliberately designed wonky controls. For a certain type of gamer, there will be huge laughs and big grins at watching Octodad fail at even the simplest tasks in epic fashion. For another kind of gamer, the shoddy controls will be infuriating, especially if you’re the sort that derives enjoyment from playing a game as quickly and efficiently as possible. That’s not the spirit that Octodad was intended, and while the game has actually been tweaked to make it easier than its original PC release, that doesn’t mean it’s now perfectly balanced. The clunky nature of the controls can still create some bottlenecks where even a simple task like walking a straight line is based more on luck than skill. It’s being forced to repeat such sections over and over again that threaten to make Octodad’s system-based humor wear thin. It’s funny to drop a key once or twice while trying to slide it into a lock. It loses its charm if you’ve been trying repeatedly for 15 minutes, but someone else with better luck can quickly navigate the same puzzle on the second or third try thanks to the random nature of Octodad’s limb control.

In the end, the entertainment value of Octodad rests on one all-important factor; what kind of sense of humor you, as a player, have. If you can laugh at the absurdity of game mechanics, then this game will be silly, goofy fun and well worth the $15. If, on the other hand, you get mad at any design failing that impedes your ability to win, this game will simply bore you at best, enrage you and make you put your foot through your TV at worst. It’s not a game for everyone, and even I found myself occasionally tapping an impatient finger during certain level impasses. However, for people can take even gameplay itself as a joke, there’s some quirky fun to be had here, along with the surreal jokes and the patently absurd situation of an octopus posing as an all-American father.

In the end, the entertainment value of Octodad rests on one all-important factor; what kind of sense of humor you, as a player, have.