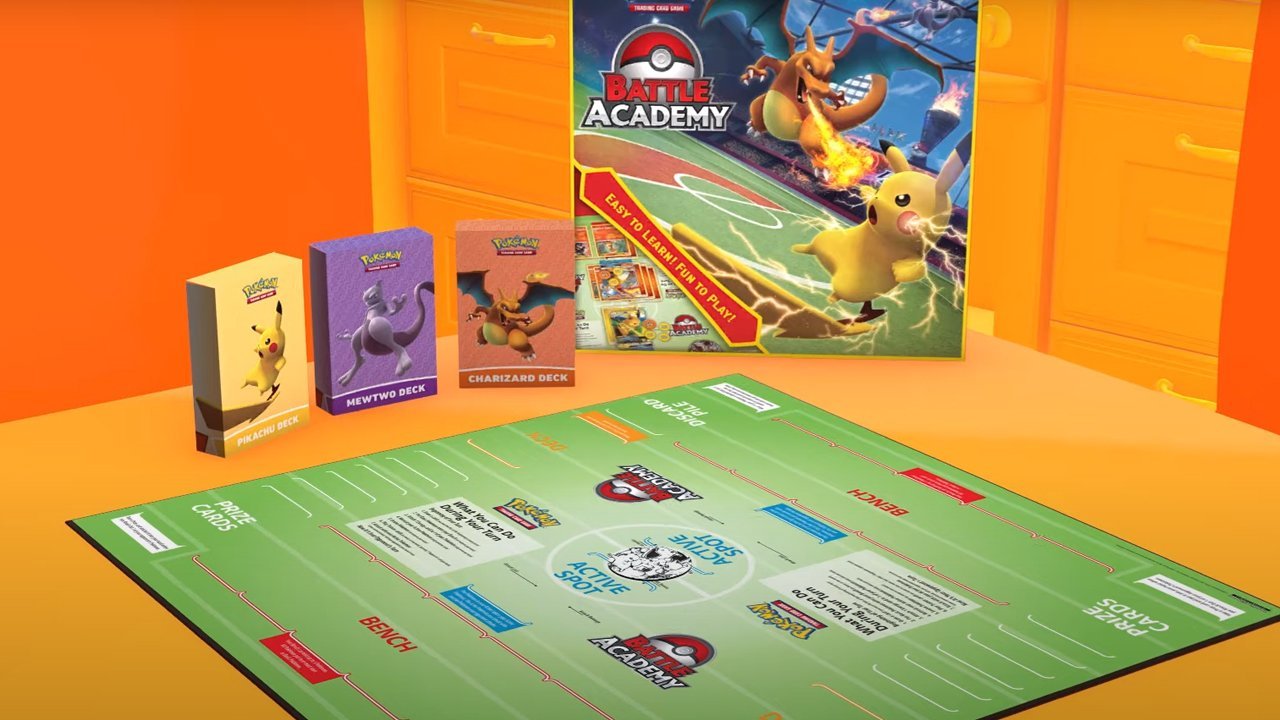 As the franchise celebrates its twenty-fifth birthday, parents may seem daunted by the prospect of their kids learning Pokémon’s intricate and long-runnoking trading card game. The Battle Academy set attempts to make learning the game easy and, in the process, provides a great start to a new player’s collection.

The set is comprised of three decks: an electricity-themed Pikachu deck, a fire-themed Charizard deck, and a psychic-themed Mewtwo deck. The first two are each accompanied by a rule booklet which walks players through the opening turns of a game, so they simply need to lay out the cards as instructed and follow the tutorial. Along the way, they are shown the basics by the actions they’re instructed to take, and by the actions the enemy takes against them.

The tutorial battle isn’t simply a mirror match, which is a nice touch, and employs some modified rules to make things easier to digest. After a couple turns players are turned loose to finish the demo game on their own. By this point cards will have been shuffled and the Charizard player seems to have a slight upper hand, but it’s still anyone’s game.

The guided game is a fairly effective introduction to the concepts. I walked my daughter through the demo and by its end she was grasping the rules despite not reading on her own yet. She was even able to turn the tables against my Charizard deck and felt exhilarated by her victory.

Each of the starter decks’ cards is numbered 1-60, to aid in the guided portion. From a parent’s perspective, I really appreciated this little detail, in case I need to walk her through the tutorials again. The guided portion of the set does an efficient job of laying down the groundwork, overall, and the decks themselves show off a variety of Pokémon and various card effects without getting too complicated.

The next recommended step is to shuffle the decks instead to shake things up, and then move on to the Mewtwo deck and its advanced rulebook. This third deck takes things up a notch but is still very beginner-oriented, easing players into deeper waters. Granted, this leaves the second player to either reuse one of the simpler decks or use another from outside the set; a second advanced deck would have been handy, but probably at the cost of the Battle Academy’s economical price.

The advanced rulebook is where the training wheels come off a little prematurely. It lays out the process of setting up a proper game, and then turns into a glossary of rule terminology. All the information a player needs is there, but not laid out as efficiently. For instance, weakness, resistance, and special conditions are found in the glossary, but they’re pretty fundamental concepts and players could benefit from a guided walkthrough on them.

Battle Academy also includes a set of damage counter tokens, GX tokens, and a coin for cards with heads-or-tails mechanics, but one of its best additions is the game board. Unfolding like your typical Monopoly board, this sturdy playmat shows both players where to place their various cards and highlights some card attributes. It may not be as flashy as other soft mats, but it should be a handy reference for players as they go on to play with decks outside this package.

Granted, players may not have much use for the included decks once they fully understand the game. They are very simple, and geared to the previous generation, so their replay value is inherently limited. However, it can always be kept around to teach younger siblings and cousins, or even adults who want to participate with their kids.

Like other Pokémon TCG products, Battle Academy includes a code card for the digital version of the game, which lets players redeem virtual versions of all three decks. The app is a great next step, allowing players to experiment with a variety of cards and learn to build their own decks, with the computer providing the extra tutelage the physical box missed. It’s an excellent tool in conjunction with physical products, especially as the pandemic winds on and playing in-person at your Friendly Local Game Store is nigh impossible.

Considering it contains three respectable beginner decks with digital codes and a reusable game board, Battle Academy is a very economical foothold for entering the broad world of Pokémon TCG. Theme decks—which tend to be a little more complex mechanically—retail for close to $20. There have been other learn-to-play sets with similar guided philosophies, like the Let’s Play, Pikachu & Eevee set, but this package has an edge with its third deck and other accessories.

Even better, it’s as accessible as advertised, whether players are learning alongside an adult for guidance, teaching themselves, or playing with a friend or sibling. It’s applicable from the youngest possible players to parents who are trying to see what their kids are interested in. As an instructional package, it only really falters in the transition to full play by not walking players through a few additional core concepts.

In fact, the biggest challenge to moving on with the game may simply be locating more physical cards, as the Pokémon Company has struggled to match supply to demand over the past couple years.

Battle Academy is the perfect introduction to the Pokémon Trading Card Game, offering accessible tutorials for players of all backgrounds at a great price. 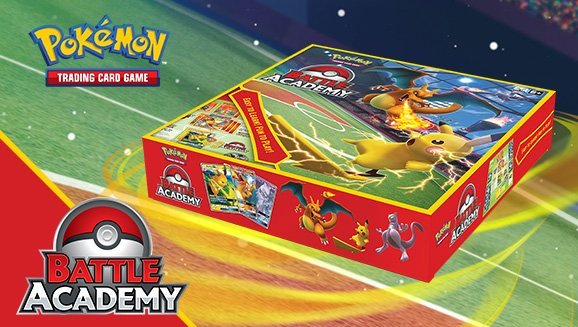