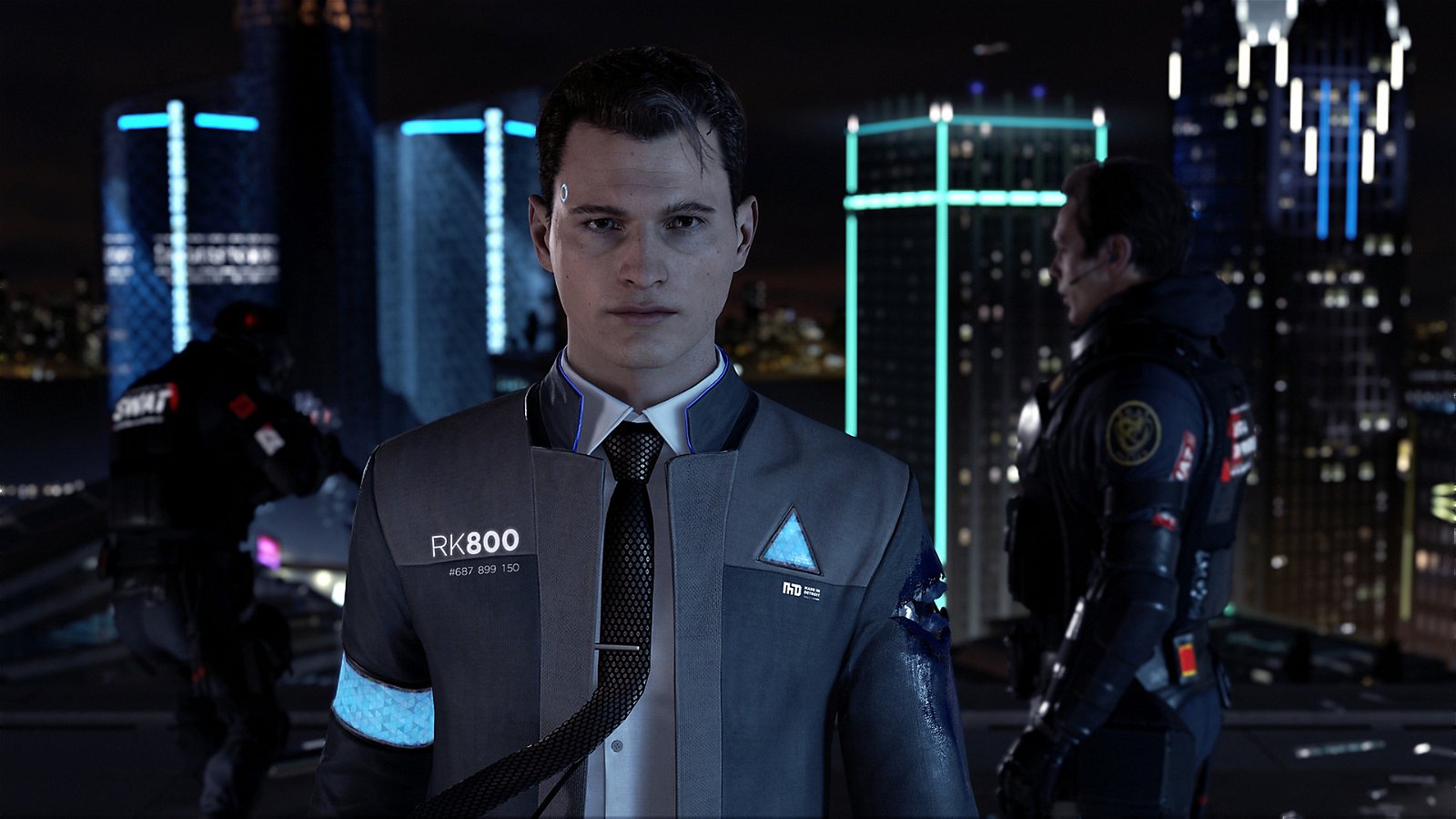 I’ve always appreciated a game that tries to say something, even if the comment is a warning about a future that may never come. That’s probably why I enjoyed Detroit: Become Human so much. During this 12hour long playable movie, the boys and girls of Quantic Dream (the Paris based studio owned by David Cage) imagined a world were every household owns a biomechanical slave more commonly called an android in the game’s parlance.

I will do my best to limit spoilers for this game, but unfortunately, the android honeymoon phase is over. Androids are shown to be unable to deal with the conflicting attitudes and opinions that each individual human has, and things start to go off the rails. This is where you start playing a rotating cast of androids who find themselves on different sides of the growing conflict.

I’m normally against a rotating cast in games, however, this time it’s ok because the best part of this game is the world it immerses you in, and the leads will take you to drastically different parts of that world to explore. Other positive parts of this game include the controls that are mostly quick time events with a lot of walking around. The QTEs are especially fun in the fast-paced brawls you will encounter towards the end of the story, and I can’t think of the last time I found QTEs fun. Large parts of the game are a detective story that keeps minor plot points hidden unless you find all the clues, so you often get the thrill of being the world’s greatest robot detective. The music that you experience throughout the whole game isn’t bad either. It’s a little generic for my taste, but it never takes away from the game. Detroit: Become Human also has a very thoughtful save system that allows you to replay sections or whole chapters without overwriting the save data you’ve already accumulated. This means you can go back and replay sections without worrying about destroying your prime universe.

Detroit: Become Human is also so pretty that I literally experienced that Dear PlayStation Uncharted 4 commercial first hand. Someone wandered into the room I was playing in and asked if I was watching a movie. This even happened on my launch PS4, but to that person’s credit, Detroit: Become Human is a lot like a movie since the entire cast is made up of veteran actors that are doing everything they can to sell the story. People like Lance Henriksen, best known as Bishop in the Aliens franchise, gives a performance that literally shapes the rest of the game. Clancy Brown, who I will always remember as drill Sgt. Zim from Starship Troopers, plays a character who will probably be a favourite of the masses. His performance as a dead-beat cop desperately looking for a redemption arc resulted in some of the best dialogue/situations in the whole game. The fact that I liked these characters so much is certainly a testament to the acting chops of those behind the masks. Their performances are even more impressive when you realize the biggest problem with this game is the story.

To be fair, I should point out that the dialogue from scene to scene is fine and at one point I thought that it would probably be the same dialogue if I wrote the script. That said, Detroit: Become Human is a helicopter parent who refuses to give me complete control of the story. For example, at one point I decided to follow the instructions of my “owner” in the game. He told me to stop moving, so I put my controller down and watched the worst possible thing in the game happen. It was so bad that I lost complete access to one of the androids for the rest of the game, and I was fine with that because it was my playthrough. My inaction had caused this to happen and in a way that made it special (horrible but special) however, as soon as I went back to the title screen the game literally asked me, “How could you let that happen?” There were a few other times when something similar happened, but to avoid spoilers I will simply say F… oh wait I can’t swear here. In that case, FORGET YOU Detroit Become Human! You can either let me role-play the way I want, or you can tell the story you want. In no world that makes sense can you let me have my own story and then say I am doing MY STORY wrong.

If this was the only issue with the story I would agree nothing is perfect and moved on, but the game is also full of metaphors and symbolism that are handled with all of the discretion of a bulldozer. I won’t list them all to avoid spoiling stuff but one of the laziest examples is the fact that androids are shown to be second-class citizens because they have to ride at the back of the bus. There are also many times when the metaphors or symbolism are so similar to their inspiration that the word copy could be used. During the story, one of the androids escapes what is meant to be a “prison” on a dark and stormy night. At the end of the escape, the game “tributes” the scene from Shawshank Redemption where Tim Robbins embraces the cold rain of a stormy night because it is better than his cell. I am also convinced that everyone who worked on this game was forced to watch Will Smith’s I, Robot a bunch of times throughout production. This is because there are multiple game-play sequences that are noticeably similar to the scenes of Mr. Smith’s film.

While we are on the topic, the story also takes a while to get warmed up. For the 1st hour of gameplay, I was just doing manual labour for various NPCs. Yes, that makes for a poignant metaphor about slavery, but this is still a video game someone is charging $80 for. I am sure most people would agree that 15 minutes would have accomplished the same thing. On top of that, I will now issue a small spoiler because you need to be warned that the story is extremely dark at times. While it may not happen in your playthrough based on choices, the game could show you the corpse of a kid that was just murdered. There are a few more shocking scenes that transpire throughout Detroit: Become Human, but I found the literal child murder scene to be the biggest trigger, and it could disturb some players.

In the end, I had fun playing Detroit: Become Human, and if you can look past some problems you can have a good time. If you enjoyed David Cage’s previous work, Heavy Rain or Beyond Two Souls, you already know exactly what you’re getting into. That said, what’s causing me to hold back my full endorsement is how the final product came together. Detroit: Become Human is a game made up of gold-plated jig-saw puzzle pieces: some of the pieces still fit together perfectly, but something happened to other pieces along the way, and as a result, the puzzle doesn’t quite fit together. Still, many will enjoy the individual components, but the package as a whole has the ability to seriously let you down.

Detroit Become Human is a beautiful yet deformed puzzle. The individual parts look pretty, but once you try and piece it together, it all falls apart.

File Under: Detroit: Become Human, PlayStation, Quantic Dream, Sony
A retail version of the game reviewed was provided by the publisher. You can read more about CGMagazine reivew policies here. 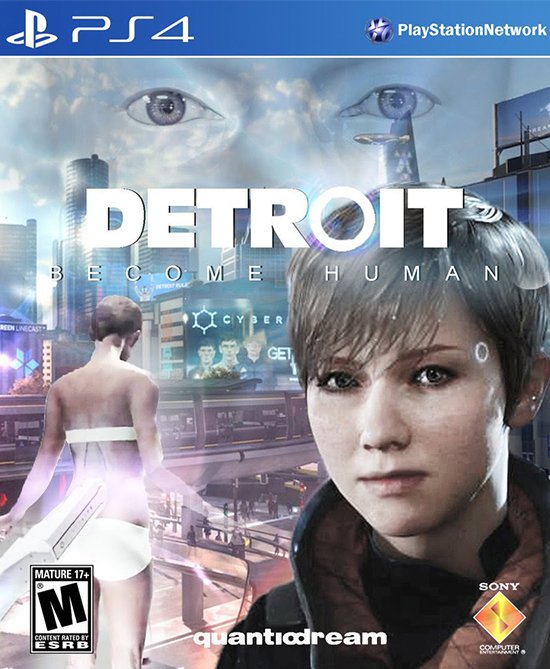